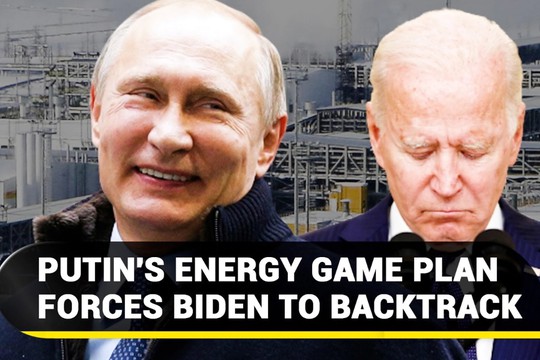 US officials have been forced to scale back a plan to impose a cap on Russian oil prices, following skepticism by investors and growing risk in financial markets brought on by crude volatility and central bank efforts to tame inflation, informs Bloomberg.

Instead of strangling the Kremlin’s oil revenues by imposing a strict lid on prices that would have been observed by a broad “buyer’s cartel” of nations, the US and European Union are likely to settle for a more loosely policed cap at a higher price than once envisioned, with just Group of Seven nations and Australia committed to abide by it, according to people familiar with the matter.

South Korea has also privately told G-7 nations it plans to comply, the people said. G-7 officials are seeking to bring New Zealand and Norway on board as well.

Under an earlier iteration of the US plan, which has been spearheaded internally and externally by Treasury Secretary Janet Yellen, a price cap in the range of $40 to $60 per barrel was under consideration.

Putin has said Russia won’t sell oil to anyone who participates in the US-EU price cap, a threat US officials once regarded as hollow but that is now seen as viable. The senior Treasury official contended that the Biden administration has always been aware that Putin could retaliate.

In a global market dominated by countries without democratic governments, led by Saudi Arabia, the mechanics of a price cap designed by consumers and aimed at a single producer threaten to be too complicated to achieve.

It’s clear that India and China – Russia’s most important trade partners – will not participate in US plan. One EU official said it was hard to see the cap working without an enforcement mechanism, not least because key buyers such as India, China and Turkey were highly unlikely to sign up for any agreement.

Russia took in an estimated $15 billion from oil sales in September.

The shift in US thinking on a price cap comes after Washington spent months pressuring the Europeans to amend their sanctions on Russian oil. The development is likely to add to EU frustrations, with some officials noting that they believe the US has placed more emphasis on bolstering global oil supplies and hasn’t always been as prepared as Europe to take an economic hit to ‘punish Russia’.

Failure by the G-7 to reach its own agreement would currently see an outright ban on Russian oil services, which the EU adopted in June, come into force.

The US had also privately discussed with allies using enforcement tools such as secondary sanctions alongside the cap, according to people familiar with talks that took place earlier this year. But US Deputy Treasury Secretary Wally Adeyemo has publicly ruled out that option, adding to skepticism that the price-cap scheme will work.