Firemen or fire starters? Opportunies for agreement following the referendum in the Crimea 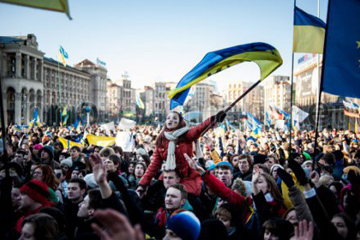 The causes of Moscow’s action in the Ukrainian crisis are much more complicated than that represented by the stereotypical analysis in the Western media and academic circles.
The dominant discourse in the U.S. and Europe is a consensus that the Kremlin is commanded by one man alone, and because we are talking about Russia, he is nothing other than a Tsar, who runs domestic and foreign policy at his own discretion, being hostage to his own moods, his own ambitions and fears in a psychological style clearly reminiscent of Macbeth.

This discourse remains unshaken, partly because it is simple and easy for analysts, who have neither the time nor the particular desire to understand the intricacies of modern Russian political history. This is partly because it helps to easily enter into the logic of the Cold War radicalization of positions, corresponding to the classical rhetoric of "us" against "them."

Moscow bears its own share of responsibility in the genesis of the Ukrainian crisis. However, in general, in recent months its position was a kind of defensive game in a situation which, clearly, it had not considered to be possible and that had caught it unawares.

The ousted President Yanukovych and his team were known for their unreliability and corruption, which caused concern in Moscow, at least over the last ten years, ever since the Orange Revolution, when the opposition managed to bring the situation in the country under control for the first time.
The fact that Yanukovych was politically resurrected and returned to power in Ukraine, was not so much due to his qualities as the leader of the opposition, but because of Russian support, and also because of the scandals surrounding Yushchenko and Tymoshenko.

In a clear manifestation of political passivity, the fact should be considered that although Moscow had realized the limits of its possibilities for a long time, during all this time pro Russian elite remained in power in the satellite countries, often not caring about changes in their ranks, which could be ready if necessary to take on leadership responsibilities.
This inactivity is even more ironic in that it fell during the very decade, when for the elite in society, the economic situation in Moscow itself evolved much more rapidly than in neighboring countries.

If in terms of political rights Russia still has a lot to do, in respect of social rights as well as economic and even civil rights, Moscow has made giant leaps forward over recent years; primarily concerning the redistribution of income among the poorest segments of the population since the 1990s.

The country implemented a series of liberal reforms to the rule of law and the economy, which has led to the formation of a new middle class, mainly in the urban areas, which is of a more pro-government political orientation.
A significant increase in the minimum wage, the improvement in the efficiency of state institutions by massive infusions of government investment, the introduction of a less discretionary and more orderly system of taxation, the right to uphold the principles of the state with more transparent and expeditious justice compared to previous times: this whole package of reforms did not take place not only in the Ukraine, but also in the wider territories of Georgia, Moldova, Belarus, and so on.

Anyone who had been to Kiev directly before events took a rapid turn, saw chronically starved people before them, pushed to the last straw by the extreme corruption of the state government, which reigned supreme everywhere in Ukraine, and without exception, within the governments of the past two decades.

The radical Europeanism in the masses of the Maidan protesters seriously aggravated the crisis of legitimacy of the Ukrainian political class, was actually born long ago.
It allowed the crowds of protesters who were extremely fragmented, without a single leader, to find the lowest common denominator.
To believe that opposition protests in 2013 came about only because of the failed signing (quite conditional and routine) on free exchange with the EU which now has the status of a customary bureaucratic document in a beautiful cover, invented by its founding fathers , is clearly a stretch of the reality, and time will prove it so.

In a situation where an already explosive situation prevails, some Western diplomats dare to venture, still playing with fire, to see for themselves the opportunity to arrange a tempting crisis at the gates of Moscow, in order to weaken an opponent such as Russia, which from a victory in the "war for help " in the Ukraine, to mediation in Syria, from the case of the surveillance by U.S. intelligence and political asylum given to Snowden, up to the brilliant operation for the Olympic Games in Sochi, is experiencing one of its most successful political and diplomatic stages ever in the international arena .

The most striking symbol of this was a letter by Putin by the "New York Times." In this the Russian president, in an unprecedented act in the U.S., appealed directly to the American people by putting forward a very successful rhetorical emphasis on the values for which Americans rightly or not consider themselves to be absolute champions of the world.

The Russian leadership, in our opinion, has tried to save in Ukraine that which could still be saved, and at the same time reassure Russian public opinion at home.
In this context, the Crimea was "an easy victory" which gave them a way, without firing a single shot, to allow them to express themselves publicly and, if required, in a loud raised voice.

Paradoxically, now that this goal has been reached, an agreement with the Kremlin could be easier. At least to such an extent that the Russian leadership could try to reach an agreement with the international community "behind the scenes ", insisting on the reform of the Ukrainian constitution in the direction of a federal State (now without the Crimea) in order to ensure the rights of the eastern Ukrainian lands, where a significant proportion of Russians live.

For its part, the international community will need to act on a multilateral front and depend less on individual voices raised in defense of national interests. Perhaps in acting in such a way, even the West will be able to conduct a less rhetorical and more comprehensive analysis of the events of recent years in Ukraine (and not just the last few weeks in the Crimea) and finally end dressing in the clothes of a fire starter, when the uniform of a fireman suits them better.