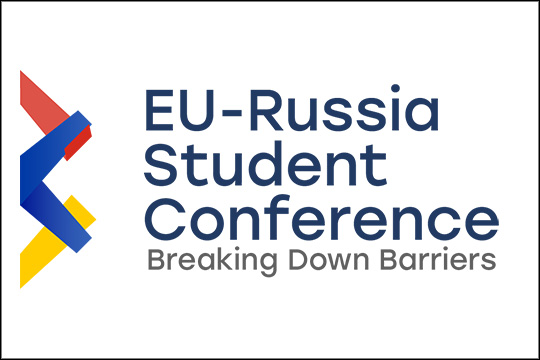 Once a Free Trade Zone between Lisbon and Vladivostok, the vision of an economic or even political unification of Russia and the European Union is far away from today’s reality. Organizing the first EU-Russia Student Conference, two Austrians studying in Moscow are trying to improve the relationship between the EU and Russia with unusual means. On June 14th and 15th, 80 students will gather in Moscow to present their ideas on so-called “business cases” to eminent representatives of Austria’s and Russia’s worlds of economics and finance. The goal is to connect the young generation through business interests, as the first step towards a renewed cultural and political rapprochement.

The patron of the conference, Dr. Hans Peter Haselsteiner, emphasizes: “It is my utmost conviction that the European Union cannot be complete without Russia. Given that today’s circumstances make a closer relationship unreal, we are in need of important initiatives such as the EU-Russia Student Conference. Who, if not the young liberal elites here and there can solve the problem?”

Igor Mitschka and Dominik Urak, the Austrian founders of the conference, explain their motivation in the following way: “When we started studying in Moscow, we noticed how much mistrust in the EU there is among the young people. Based on mistrust we can neither live up to our economic potential in Russia, nor can we further develop our Peace Project with Russia. The goal of our initiative is thus to bring young people together, to create new ideas and cross-border friendships; to found connections today that will exist tomorrow as well.”

The conference’s partners are STRABAG SE, Raiffeisen Bank International (RBI), Oesterreichische Nationalbank, Rail Cargo Group and the New Economic School (Moscow). Among the honorary guests at the conference will be the Central Bank Governor of Austria, Ewald Nowotny and the Central Bank Governor of Russia, Elvira Nabiullina, RBI’s CEO Johann Strobl and Raiffeisen Russia’s CEO Sergei Monin as well as STRABAG’s CEO Thomas Birtel. We welcome all representatives of the press to the event.