Five Hypotheses About the Future World 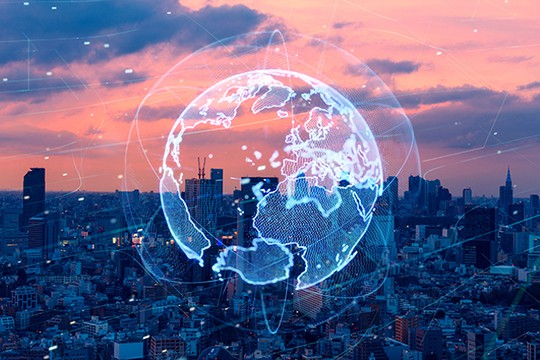 THE POST-GLOBAL WORLD is still in embryo, but it is already clear what some of its basic characteristics will be, and it is details and limits of these characteristics that are yet to manifest themselves. This article is part of a larger study. Some of the conclusions stated in it have received academic and expert approval.1 The article addresses fundamental global political and economic developments since the outbreak of the COVID-19 pandemic. Until now, all principal theories of the post-unipolar world have rested on two premises. First, the emergence of this world would be a relatively smooth process that would not destroy principal global institutions and would leave the basis of global economic interdependence intact. Second, the birth of this world would essentially be an economic process with changes to the economic weight of key global and transregional actors. It is obvious, however, that the latest changes to global politics have been neither gradual nor economically determined. They have been tortuous but comparatively rapid processes that have undermined many of the institutions of global interdependence. But more importantly, although the ultimate goal of these processes is the creation of a new geoeconomic space, key strategic operational decisions are based on noneconomic considerations. In the foreseeable future, the main factors in the emergence of such rivalry zones would be the relative weakening of the global influence of the United States; the withdrawal of individual countries and regions from the sphere of complete U.S. influence as a result of some regional processes; and U.S. President Donald Trump’s alliance “optimization” policy, which Trump will probably make more rigorous if he is re-elected to a second term. Nor can one rule out struggles for “the American succession” – regional conflicts with new power centers beginning to emerge. But the United States would still for a comparatively long time be able to control those processes through political, economic and cultural influence infrastructures it has created. WE DO NOT KNOW how the future world will be structured, but we can put forward five hypotheses about its fundamental principles. First. The new world order would have an economic basis, which would reflect predictable effects of the world economy entering into a new long-term cycle (a new Kondratieff wave), and consequently a new system of investment priorities. Second. There would arise conflicts between the network-based world and the “hierarchical” (statebased) world at the junctures of “gray” spheres of influence of new economic and political centers. There would be greater possibility of direct, including military, rivalry in such “buffer zones.” Third. Institutional policy is beginning to lose its role as an identifying factor and is becoming much less of an influence on the power of a nation. This is largely the result of the destruction of the institutional system that the global political system is based on. The destruction of the institutional basis of global politics began long before the coronavirus pandemic. Four. The deep involvement in geo-economic processes (e.g., occupation of key monetization niches) of various ethnic, religious or sociocultural communities that have previously existed in network formats may become a significant factor in forming new foci of consolidation. Fifth. A global armed conflict is unlikely as nuclear deterrence policies remain in place. However, as Western political elites’ conflict escalation culture has deteriorated, regional conflicts are increasingly likely with greater risks of their going out of control. There may also be complex stratagems with deferred results. And, moreover, as the geopolitical model underlying later stages of globalization degrades, nuclear deterrence systems become less reliable. RUSSIA’S STATUS in global transformation processes is determined by a complex and dialectically contradictory system of factors. On the one hand, Russia cannot be a full-scale global power as it does not possess the military, political and economic resources that this status requires On the other hand, Russia has comparatively numerous domestic economic and social vulnerabilities – logistic and otherwise – that it does not have sufficient domestic resources to eliminate. This multi-aspect duality of Russia’s status means that the country has not yet finished building its new statehood and has not yet chosen either a medium- or long-term model for its social development. It also determines the nature of risks to Russia’s development, risks some of which the COVID-19 pandemic exacerbates and lays bare others that have been latent. This is how Russia’s development strategy may be summed up: being a regional power is impossible as a long-term status, but it is crucial to regain regional leadership, which Russia cannot achieve without having new statehood. This maps out the order of tasks for Russia to carry out and makes it impossible to completely separate domestic policy from foreign policy. The main long-term priority for the majority of states seeking the role of a geo-economic consolidation center is to create protected geo-economically important regions around themselves and ensure the structural and technological integrity of these regions.