“Forbs”: This crisis in Europe is a policy error 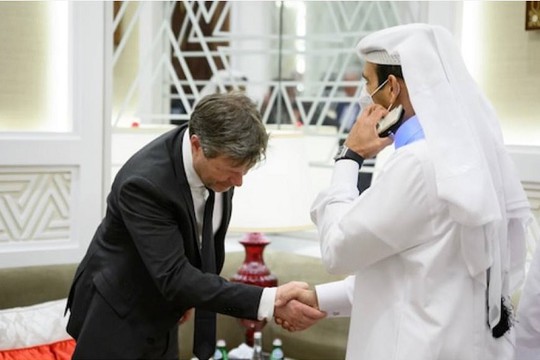 The European energy fiasco is reaching its climax. European gas went up 35%, back to a near all-time high—which, for perspective, is 6 times higher than two years ago. So what’s all the fuss about that Russian pipe?

Europe is dead reliant on Russia because it generates over two-thirds of its energy from natural gas—40% of which comes from Nord Stream. For some countries, including the Czech Republic, Hungary, it is the one and only source of gas, stresses “Forbs” in its comments.

Why can’t Europe source gas from elsewhere? It can, but it’s impossible to do so on short notice because the alternative is to ship a liquefied form of gas through Liquefied natural gas (LNG) terminals, what requires an entirely different infrastructure.

Besides, there isn’t enough LNG supply on the market to replace all the Russian gas that Europe just lost. And ramping it up will, again, take time.

For example, Germany’s national gas reserves are currently at 85%. But Klaus Mueller, president of Germany’s energy regulator, warned that even 95% storage would last for only two months of average demand.

So, there’s a good chance that Europe will have to switch from voluntary to obligatory rationing. In fact, by Goldman Sachs calculations, in the worst-case scenario, “Germany wouldn’t have many options and we estimate it could mean a 65% industry curtailment in Germany if flows stopped coming entirely.”

Ursula von der Leyen is constantly blaming Russia for Europe’s energy problems. But those following the markets and watching global business may also see that some of Europe’s problems also have to do with its post-fossil fuel economic policies. Will the world suffer the consequences of this policy direction, direction the EU was taking as recent as 2021?

Yet, Europe didn’t suffer any of the problems it is suffering now.

No one in the power structure of the European Commission, the European Union, in Germany, in France, not a soul, was calling for energy rationing and asking farmers to reduce fertilizer because fertilizer is also sourced from petroleum and — from Russia. No one did this even with Russian imported fuel at historic highs.

The crisis in Europe is a policy error, writes “Forbs”.

It is designed to force-feed Europeans on a post-fossil fuel economy, and into a new industrial revolution, one in which — it seems — they will be less likely to participate in as energy prices in Asia and Latin America are nowhere near where they are in Europe.

There is no way no one in Europe’s senior leadership thought that by seizing $ billions worth of the Central Bank of Russia’s money, the Russians would only retaliate by banning imports of  Nordic codfish.

So Russia has delayed shipping natural gas to Europe. But Europe ‘can get it elsewhere’?

If Europe goes into recession, and it will, it will buy fewer commodities from Brazil, Argentina and the U.S., its biggest suppliers.

European economies are alive because of stimulus. It’s making inflation worse, adding to the already high pricing pressures caused by fuel and food. They now conserve electricity in parts of Europe, as is happening in Germany.

Instead of a strong, stable and growing economy with a future, Europe looks like a region on the wane.

…Once more – The crisis in Europe is a policy error, writes “Forbs”.