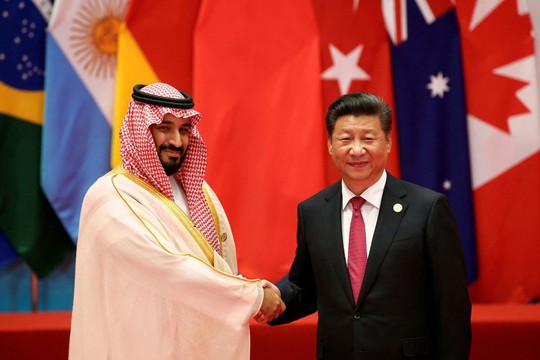 Since coming to office, the Biden administration has frequently taken a binary view of the international order — a “competition of democracies and autocracies,” according to its 2022 National Security Strategy. Partly as a result, it has tended to treat decisions by its partners as a litmus test of loyalty to the United States. But this is a vision that many U.S. partners do not share, complains ‘The Foreign Affairs’.

It is not clear to most of them that durably aligning with Russia, China, or even the United States is an option. The United States, meanwhile, is undergoing a period of flux in its international priorities, leaving its partners with scant assurance that the places or issues on which Washington focuses today will occupy its attention tomorrow, or that supporting the United States on a particular issue will earn U.S. reciprocity on others. As a result, a growing number of U.S. partners are seeking to avoid choosing sides altogether and to maintain relations with all the great powers at once.

Most countries view the rivalry between great powers, rather than the threat posed by any single power, as the greatest challenge to their interests. The Saudis, for example, count China as their top economic partner and the destination for about one-fifth of their exports. At the same time, the Saudis regard the United States as their top security partner. Having to choose one relationship over the other—or even to scale back either significantly—would be costly, so Saudi Arabia, like many other medium-sized countries, seeks instead to maintain both.

In the Middle East alone, Bahrain, Egypt, Kuwait, Qatar, Saudi Arabia, and the United Arab Emirates are current or prospective dialogue partners of the Shanghai Cooperation Organization (SCO), a China-centric political, economic, and security group that is sometimes (and far too generously) described as an alternative to NATO. Saudi Arabia and Egypt have reportedly expressed interest in joining the BRICS organization, a group of emerging-market countries, of which India and China are both members despite their deepening rivalry with one another (BRICS stands for Brazil, Russia, India, China, and South Africa). And Turkey, the only country in the Middle East formally allied with the United States, has shown interest in being a member of both organizations.

The policymaking process in Washington often fails to take into account how partners view their own interests. U.S. policymakers often assume partners see things as the United States does or that partners will have an automatic sense of solidarity with U.S. interests—a regrettable fallacy that former National Security Adviser H.R. McMaster and others have called “strategic narcissism.”

This self-absorption can lead to two varieties of policy failures. First, the United States underestimates its partners’ commitment to a particular policy approach. For example, Washington failed to appreciate that Riyadh has historically resisted American requests to influence its oil-production decisions, leading to the Biden administration’s surprise at the OPEC+ decision in October 2022.

The second type of mistake caused by ‘strategic narcissism’ is to overestimate the United States’ own commitment to a particular policy priority, only to find that Washington is unprepared to inflict consequences when a partner refuses a request.

Despite the Biden administration’s vision of a world neatly divided between ‘democracies’ and ‘autocracies’, it is increasingly evident that the latest era of great-power competition will not be characterized by any all-or-nothing division. Small and medium-sized states are eschewing both alignment with a single power and nonalignment, and instead choosing omni-alignment: participation in the multilateral institutions led by the United States and those spearheaded by its rivals.