“Foreign Affairs”: The main threat to effective U.S. economic power comes from the United States itself 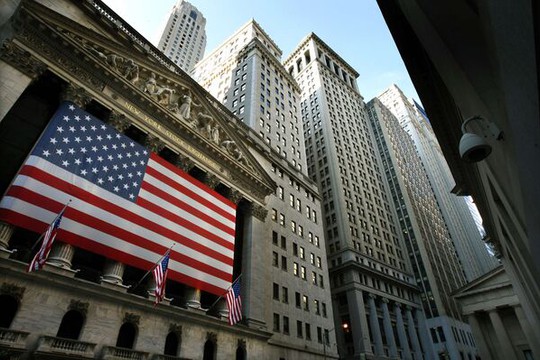 The economic power of the United States did not allow to influence the decisions of the Russian leadership on Ukraine, writes “Foreign Affairs” in an article «What Money Can’t Buy The Limits of Economic Power». For all the damage that Western punitive moves have done, there is no indication that they can persuade the Kremlin …to modify its prosecution of the war.

The United States has a long history of wielding economic instruments to achieve its foreign policy goals. And economic power is typically framed as an alternative to military power. Escalating economic sanctions on Russia, for instance, have been presented as an alternative to fulfilling the Ukrainian government’s request that NATO establish a no-fly zone over Ukraine. This formulation is invoked to explain why governments, when embroiled in geopolitical conflicts, have increasingly turned to economic measures in recent decades rather than engaging in direct military conflict. Given the threat of nuclear war, the risk of escalation in a military confrontation between major powers is simply too great.

Perhaps it is unrealistic to expect economic instruments to bring about sharp changes in a strategic adversary’s policies within a short period. Economic power may also be more effective at encouraging behavioral and policy change when it takes the form of positive incentives and rewards for potential allies rather than sanctions and punishments for rivals.

The main threat to effective U.S. economic power comes from the United States itself — from the danger that the country will once again turn inward economically and politically, as it did starting in 2017. Foreign trade and investment have always been a source of strength for the U.S. economy, and a country that is not economically strong cannot effectively wield economic power.

At the same time, it is important to recognize that there is no fundamental reason why the United States should continue to play the dominant economic role that it did after World War II. Emerging markets will continue to emerge: a number of economic and demographic factors indicate that the United States will account for a shrinking share of global GDP (Gross domestic product) over time. To effectively exercise economic power, therefore, the country will have to coordinate with others…

The future of U.S. economic power will hinge, in large part, on whether there is cooperation between the United States and the single biggest emerging market, China. It is also a reminder that the United States derives much of its economic power from its engagement with the rest of the world. China’s banks — and government — fear secondary sanctions precisely because business with their Western counterparts is so extensive and economically important.

The application of such secondary sanctions — or, more alarming, a direct confrontation over Taiwan, leading to broader U.S. sanctions against China — could cause that interdependence to unravel. China would retaliate with sanctions of its own, redouble its efforts to create self-standing economic and financial institutions, and demand that countries in its orbit operate exclusively through its institutions. The United States and its allies would presumably do likewise. U.S. economic leverage over China would diminish if the world bifurcated into rival camps, decreasing global interdependence.

And that would be the least of Washington’s worries. The unraveling of global supply chains would place the U.S. economy at risk. Were China to liquidate its dollar reserves, possibly in anticipation of the imposition of U.S. sanctions, it could precipitate a global financial crisis of unprecedented proportions.

To ward off those disasters, Washington would do well to remember that there is power in numbers and that the road away from interdependence is a dead end, writes “Foreign Affairs”.