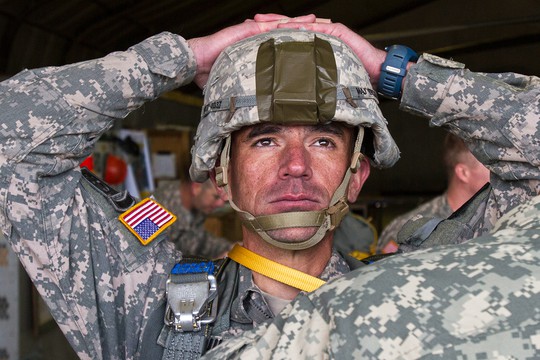 Why should we get into Ukrainian conflict?

“Foreign Affairs” writes about a possible catastrophe for US policy in Ukraine - it is time for Washington to think about where its policy of supporting Kyiv will lead to– they  are “Playing With Fire in Ukraine”, anxiously writes the magazine. Here are some key points of the article:

- Washington and its allies are being much too cavalier. Although disastrous escalation may be avoided, the warring parties’ ability to manage that danger is far from certain. The risk of it is substantially greater than the conventional wisdom holds. And given that the consequences of escalation could include a major war in Europe and possibly even nuclear annihilation, there is good reason for extra concern.

- Washington is desperate to end the war — perhaps because it needs to focus on containing China or because the economic costs of backing Ukraine are causing political problems at home and in Europe.

- To understand the dynamics of escalation in Ukraine, start with each side’s goals… In practice, the United States might join the fighting either if it is desperate to win or to prevent Ukraine from losing, while Russia might use nuclear weapons if it is desperate to win or faces imminent defeat, which would be likely if U.S. forces were drawn into the fighting. Furthermore, given each side’s determination to achieve its goals, there is little chance of a meaningful compromise.

- The United States and its allies initially backed Ukraine to prevent a Russian victory and help negotiate a favorable end to the fighting. But Biden administration shifted course and committed itself to helping Ukraine win the war against Russia. It also sought to severely damage Russia’s economy by imposing unprecedented sanctions. In effect, the United States announced its intention to knock Russia out of the ranks of great powers.

- The United States and its allies are also training the Ukrainian military and providing it with vital intelligence that it is using to destroy key Russian targets. Moreover, as The New York Times has reported, the West has “a stealthy network of commandos and spies” on the ground inside Ukraine. Washington may not be directly engaged in the fighting, but it is deeply involved in the war. And it is now just a short step away from having its own soldiers pulling triggers and its own pilots pressing buttons.

- Contrary to the conventional wisdom in the West, Moscow did not invade Ukraine to conquer it and make it part of a Greater Russia. It was principally concerned with preventing Ukraine from becoming a Western bulwark on the Russian border. Putin and his advisers were especially concerned about Ukraine eventually joining NATO.

- The threat to Russia today is even greater than it was before the war, mainly because the Biden administration is now determined to roll back Russia’s territorial gains and permanently cripple Russian power.

- In essence, Kyiv, Washington, and Moscow are all deeply committed to winning at the expense of their adversary, which leaves little room for compromise. Neither Ukraine nor the United States, for example, is likely to accept a neutral Ukraine; in fact, Ukraine is becoming more closely tied with the West by the day. But observers are underestimating the potential for catastrophic escalation that is built into a protracted war in Ukraine.

- What about the ultimate form of escalation? There are three circumstances in which Putin might use nuclear weapons. The first would be if the United States and its NATO allies entered the fight.

- In the second nuclear scenario, Ukraine turns the tide on the battlefield by itself, without direct U.S. involvement. If Ukrainian forces were poised to defeat the Russian army and take back their country’s lost territory,

- In the third scenario, the war settles into a protracted stalemate that has no diplomatic solution and becomes exceedingly costly for Moscow. Desperate to end the conflict on favorable terms, Putin might pursue nuclear escalation to win. As with the previous scenario, where he escalates to avoid defeat, U.S. nuclear retaliation would be highly unlikely.

- Although one of these catastrophic scenarios could theoretically happen, the chances are small and thus should be of little concern. But the staggering costs of a great-power nuclear war, even a small chance of it occurring should make everyone think long and hard about where this conflict might be headed.

- Russia, Ukraine, and the West are stuck in a terrible situation with no obvious way out. One can only hope that leaders on both sides will manage the war in ways that avoid catastrophic escalation. For the tens of millions of people whose lives are at stake, however, that is cold comfort.

The Us Embassy in Kyiv has just ordered all Americans to urgently leave the territory of Ukraine. And it is right!