Foreign Policy: U.S. cannot maintain its role as the cornerstone of European security 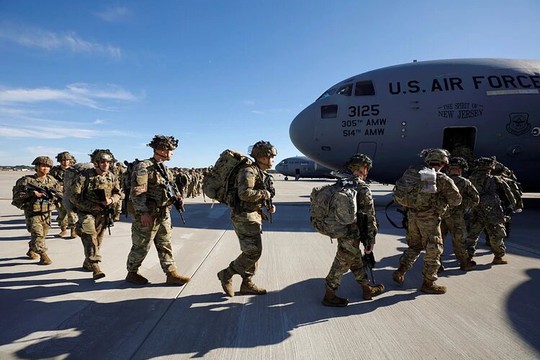 Are Americans going home from Europe?

Does the United States need to remain the main provider of security in Europe forever? That’s a question which “Foreign Policy” puts.

Given NATO’s origins as a military alliance aimed at deterring Soviet aggression, we should ask ourselves: With the Soviets out and the Germans down, why did the United States struggle so mightily to stay in after the Cold War? Asks the magazine. The answer is simple: NATO is, and always has been, a vehicle for maintaining the United States as the dominant security player in Europe. That there were sharper disagreements about this idea in the 1950s than there are today speaks volumes about the lack of debate in today’s Washington.

Does the United States need to remain the main provider of security in Europe forever? Recent developments in Europe, spurred by Russia’s invasion of Ukraine, suggest it doesn’t. Germany’s Zeitenwende — officially translated as “watershed” but something more like “new era” — was almost unthinkable six months ago. Berlin didn’t just cancel the Nord Stream 2 pipeline (analysts had worried it might not) but also established a 100 billion euro ($107 billion) fund to bolster its defense and committed itself thereafter to spending 2 percent of its GDP on defense. Poland and several other states made similar pledges to increase spending.

In 2022, U.S. allies are not too weak to contain Russia on their own. They simply refuse to do so out of the well-founded belief that the United States will do so for them, and accordingly their people would benefit from spending their own tax dollars on domestic priorities.

The United States cannot maintain its role as the cornerstone of European security while successfully competing with a growing China forever. And the cheap-riding that afflicts the U.S. alliance in Europe also addles its alliances in Asia.

Panegyrics to the trans-Atlantic community are still in vogue in Washington because they are seen as cheap. They aren’t. Resource constraints are beginning to bite. The defense budget, already bloated at $847 billion, is not headed to $1 trillion and above anytime soon. Maintaining U.S. domination of the European security scene is a luxury good the United States doesn’t need in 2022.

The United States fought two wars to prevent a European hegemon from emerging in the 20th century. There is no potential European hegemon on or even over the horizon at the present. For all Russia’s bluster, it’s struggling to take even part of a much smaller, poorer neighbor — let alone hold it. It’s time to take the win.

For those reasons, advocates of NATO as a permanent alliance should probably start thinking about Plan B, not advertising the alliance as a cure-all for problems including climate change, piracy, and disinformation. Europe is rich and strong enough to defend itself. But the Europeans won’t do so unless the United States stops doing it for them, emphasized “Foreign Policy”.