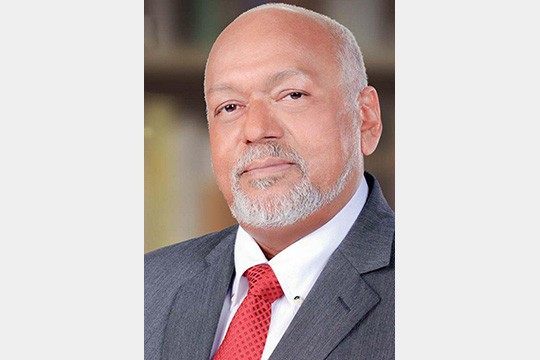 Russia’s military operations in Ukraine are bringing to light many things that for most of the world’s peoples were obscured. One of these is the real reason that the United States did not disband the North Atlantic Treaty Organization (NATO), when the Cold War ended and no military threat existed.

The European countries are aware that Russia had/has genuine security concerns about NATO bases. Former Chancellor of Germany Angela Merkel objected to President Bush, expanding NATO to Russia’s borders. She warned that it could lead to war. However, despite that she succumbed to US pressure and, against her will agreed to the expansion. This decision laid the basis for war in Europe.

As Ukraine continued to threaten Russia and ceaselessly bombed the Russian population in Eastern Ukraine, Germany and France, recognizing the dangers, took steps to avert what was surely leading to confrontation. They worked with Russia and Ukraine to hammer out an agreement to avoid a war.

Thus we had the Minsk Agreement, which was to offer the overwhelming Russian population living in Donbas and Luhansk more autonomy. That would have allowed those people to use their native language, Russian. It would have allowed these locations to remain Ukrainian. The French President and the German Chancellor committed their countries to be the guarantors to see that agreement implemented.

That did not fit in with the US plans to push Russia to war. Recently NATO’s Secretary General Jens Stoltenberg revealed that NATO was preparing to go to war with Russia since 2014. Therefore the US/NATO had to destroy the Minsk Agreement.

The American first pressed Ukraine to abandon that agreement, which Ukraine had signed. They then ordered France and Germany to back off. That is why those two former powerful states also disregarded their own commitments thereby they destroyed the Accord. They did not demonstrate the will to keep their own commitments.

Under pressure from the US they refused to give Russia any security guarantees even though they made that commitment since 1990 not to expand NATO one inch towards Russia after Germany’s re-unification.

The European states were forced to do this on the insistence of the US, knowing fully well that they were bringing war to their doorsteps. The United States is very well protected by two huge oceans, but the Europeans are on the front line. So US seem to be ready for war at the expense of Ukraine and their vassals in Europe.

There is an economic aspect to the US imperial plans. For a long time the US was pushing Europe to stop buying cheap oil and gas from Russia. They wanted that market for themselves. They made Germany abandon the North Stream Two pipeline which was to take Russian gas directly to Germany. This was after the Germans themselves spent millions of Euros to help build it.

Therefore by forcing Russia to mount military operations to prevent Ukraine from becoming a NATO’s military outpost and to protect the Russian people living in eastern Ukraine a perfect excuse was created to stop buying Russian energy. It means that the Europeans would be forced to buy American gas and oil which is far more expensive.

This of course will make European industries less competitive and more dependent on the United States. Yet the Europeans are meekly going along with this. All of which are against the interests of their own people.

This is similar to classical colonial times when the colonies were forced to buy more expensive goods from the “mother country”, while having to sell their commodities cheaper to the colonizers.

Added to this is a military aspect.

The Europeans are now being forced to spend more on their military in the face of a so called “Russian Threat”. This money will be spent to buy weapons from the US thus enriching their military industrial complex. The main reason is to supply NATO’s aggression throughout the world.

When one considers that the US military budget is at least 10 times bigger than that of Russia’s and when we add NATO countries military expenditure they are probably spending about 15 times more on their military than Russia. Therefore one has to ask “who is threatening whom?” clearly this argument does not hold any water.

Then of course we have the sanctions. These sanctions were prepared months before since the US/NATO were giving Russia no other option but to employ its military in Ukraine. The harsh measures were worked on with the intention of destroying Russia’s economy and force regime change in Moscow.

They boasted about “the mother of all sanctions” and of turning the Russian ruble into rubble.

However their sanctions, which no doubt is hurting Russia, also had a boomerang effect. In attempting to destroy Russia’s economy the US is damaging Europe’s as well. It is even damaging itself; their experts who designed the sanctions seem not to have thought through their strategy and appear to have been oblivious of the impact it would have had on the NATO countries.

What this war has also made clear to the Russian people is the hatred and contempt that the West have for them. In the past the world was led to believe that the hostility to Russia was ideologically based. It was a contest between two systems, Capitalism and Socialism.

Now however, Russia is capitalist, probably it has a purer capitalist system than the US and its allies. Therefore, the hatred seems to be based on some form of Racism since Russia is seen to be Euro-Asian. They are looked down upon by the West.

From their statements the Russian leaders appear to have realized that. They are clearly preparing to drastically reduce their relations with the US and Europe. Their focus is now turned towards Asia.

So while the US and Europe believes that they are going to isolate Russia from the West, the Russians are actually voluntarily distancing themselves and moving east.

What is clear in all of this is that the Europeans have lost their sovereignty. All of their actions are against their own interests. One of the United States main objectives is to control Europe and bend it to its will. It has succeeded. This is colonialism in everything but name!