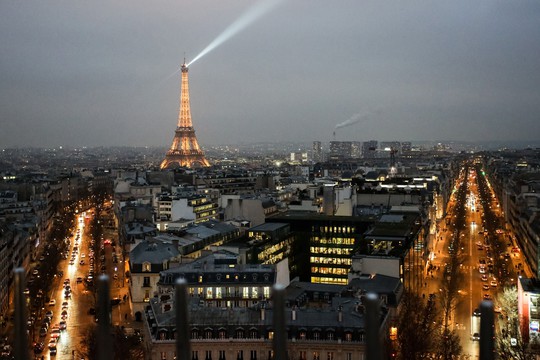 The market capitalization of all companies listed in the French capital rose from $1.8 trillion at the start of 2016 to $2.83 trillion, closing the value of London shares at $2.89 trillion, according to Refinitiv.

To re-establish its traditional leadership, the UK government aims in the coming months to finalize proposals to reform the City of London.

However, competition from Paris is set to intensify as France is rated the preferred European stock market by fund managers. 17 percent of fund managers said they planned to “overweight” French equities over the next 12 months, according to a Bank of America survey of 161 investment managers with combined assets of $313 billion.

Paris is difficult London’s lead as the house to Europe’s greatest inventory market, consuming away at Britain’s place after Brexit because the continent’s most essential monetary centre.

“This gap between London and Paris in the domestic market is a lot smaller than it used to be or should be,” stated William Wright, founding father of New Financial, a UK think-tank, - writes “Business Land”.

…Thus the strange politics of London in recent years - from Brexit to a kaleidoscope of people in the prime minister's chair, has led to the fact that Britain may say ‘goodbye’ even to such a privilege as being the financial center of the World and Europe.