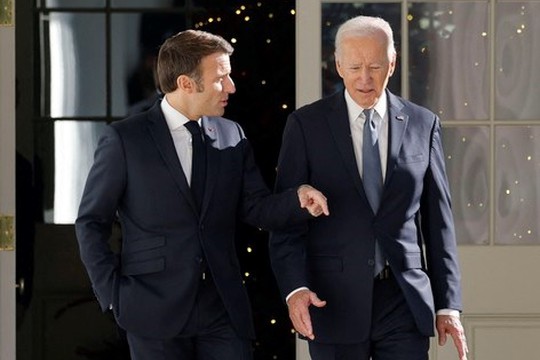 Emmanuel Macron warned that the U.S. risked “fragmenting the West” with a flagship climate law that the French president said would distort competition by massively subsidizing American companies to the detriment of European industries, informs “The Financial Times”. The harsh words, which came on the first day of his state visit to Washington hosted by president Joe Biden.

In a speech at the French embassy in Washington, Macron said while he agreed with the objectives of Biden’s Inflation Reduction Act, it would have negative repercussions for Europe by making it less attractive for companies to invest there. “We need to co-ordinate and re-synchronize our policy agendas.”

Macron called the new U.S. Inflation Reduction Act (IRA) “super aggressive for our companies,” according to comments reported by Agence France-Presse and confirmed by a person present. “Perhaps this law will solve your problems but it will make mine worse,” he said, adding that many jobs would be destroyed.

Macron has also called on the EU to pass a so-called “Buy European Act” that would offer similar subsidies to local industries. Other countries such as Germany are less supportive of the idea.

U.S. President Joe Biden was forced to retract. He said that new laws that give incentives for domestic production of computer chips and renewable energy parts were never intended to exclude European allies and could be tweaked.

Speaking with French President Emmanuel Macron at a joint press conference at the White House, Biden said "There are tweaks that we can make that can fundamentally make it easier for European countries to participate and/or be on their own."

The United States and France also announced the formation of ‘Joint task force’ between the Unites States and the European Union to deal with trade disputes around clean energy issues emerging from the IRA.

Europe's industry fears that the bill, which gives tax credit for each eligible renewable energy component produced in a U.S. factory, would take away potential investment from the continent.

"We're going to continue to create manufacturing jobs in America but not at the expense of Europe," Biden said.

Macron told reporters that he was encouraged by his talks with Biden and is hopeful of a fair resolution.

…We'll see whether Biden keeps his word or not.