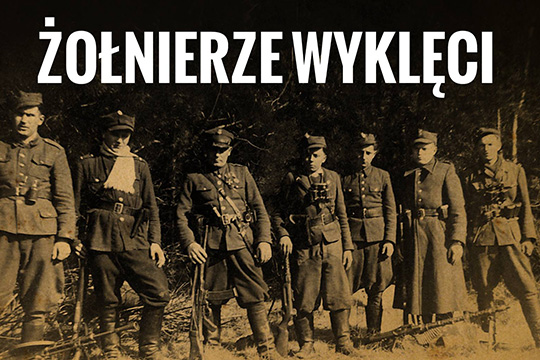 Government officials in Poland have for the ninth time participated at the national level in the so-called Day of “Rejected Soldiers” - members of the Polish anti-Soviet underground in 1944-1963.

The “Rejected Soldiers” or “Cursed Soldiers” (Źolnierze Wyklęci) is a fairly popular phrase in Polish historical discourse. By the general understanding, they are believed to have been "rejected", or "cursed" because they were destroyed and thrown into oblivion by the authorities of Socialist Poland. A whole campaign has been launched for their rehabilitation. The Polish Institute of National Remembrance (PINP) suggests replacing the word “rejected” with “unsubdued” (Źolnierze Niezłomni) as devoid of negative connotation compared to “rejected” or “cursed” and has even tried to replace it with a poetic and mythological paraphrase "The last knights of the Polish-Lithuanian Commonwealth" (1). But were they really the “last knights”?

Despite the powerful administrative and ideological support at the government level, the cult of “damned soldiers” teems with flaws of historical. and moral and ethical nature. As an ideological construct, it contains a number of conflicting views which PINP specialists are working diligently to eliminate but so far, without success.

The phrase "rejected / cursed / unsubdued soldiers sounds too general and  ambiguous. In Poland, it is used to refer to members of units, movements, organizations and anti-Soviet groups of the end of World War II and the post-war period, including the association Wolność i Niezawislość (“Freedom and Independence” – F&I). The date of the execution of its leaders - March 1, 1951 -was selected for the Day of “Outcast Soldiers”. Why Poland marks the day of the armed underground on the day of the death of its leaders is understandable. This is required by the modern ideological paradigm which seeks to portray Poland as the main victim of the Second World War. An alternative to the Day of “rejected soldiers” could be, for example, a day in memory of the repressed, but since among them were soldiers of the Army Ludova, the USSR’s ally against Nazism, the present Polish authorities simply cannot afford to enter them into the pantheon of heroes.

Here are some facts. The “Outcasts” bear the blame for ethnic cleansing with elements of genocide. It is no secret that the “last knights of the Polish-Lithuanian Commonwealth” collaborated with the OUN-UPA (banned in Russia), the Wehrmacht and the Gestapo. Memories of the war with the Nazis and Ukrainian nationalists (the Volyn massacre of 1943) is an integral part of “new patriotic consciousness”, including in the context of the cult of "outcast soldiers." The “outcast” Sventokshitsa brigade collaborated with the Gestapo and was supplied by the Wehrmacht, whereas F&I detachments, together with the OUN-UPA, launched a bloody attack on Hrubieszow in May 1946, which led to the deaths of Ukrainian civilians. The “outcasts” transfered Polish Jews into the hands of the Nazis. Warsaw justifies the killing of Hrubieszow residents by their subsequent cooperation with the authorities of Socialist Poland but condemns the murder of the Polish Guta Penyackaya by the Ukrainian SS division “Galichina” in 1944 on a similar charge - cooperation with the Soviet Government. The “unsubdued soldiers” carried out punitive raids against Belarusians, Ukrainians, Slovaks, Jews, committed robberies and murdered Poles (2).

In addition to these crimes, as the documents confirm, the Polish "patriots" also killed each other. The fabricated oversimplified view of this chapter of Polish history, as it were, does not take into account the conflicts and armed struggle for influence between different groups of the “unsubdued”. The Craiova Army shot at members of the Freedom and Independence, fighters of the Craiova Civil Army - at fighters of the National Military Association (Narodowe Zjednoczenie Wojskowe), etc. (3). Thus, we can conclude that there was no Polish anti-Soviet underground as a monolithic community of like-minded people, whose day is now celebrated in Poland.

The “outcasts” were building mono-ethnic Catholic Poland. Some anti-Soviet groups (the National Armed Forces, the National Military Association, etc.) set their minds on exterminating specific social and religious groups (civil servants, Orthodox, Jews), while their program ideology was akin to the ideology of Franco’s Spain, fascist Italy or Croatia during the reign of Ante Pavelic (4). A joint dictatorship of the authorities and the Catholic Church was a constituent element of this ideology, while terror against religious and socio-political dissent with the suppression of democratic freedoms served as an instrument.

Currently, the internal political strategy of the ruling Law and Justice Party (PiS) is to prevent the emergence of a competitive force in the right-conservative environment that can challenge

Currently, the political strategy of the ruling Law and Justice Party (PiS) is to prevent the emergence of a competitive force in the right-conservative environment that can challenge the PiS monopoly on national-patriotic ideology. The day of “rejected soldiers” was legislatively established by the decision of the Sejm in 2011 during the reign of the now opposition Civil Platform (GP). Back then it was an attempt by the GP to attach the cult of the “outcasts” to itself.

At present, while in opposition, the GP is criticizing this cult, in an attempt to lower the internal political rating of PiS. Thus, GP politicians condemn the annual memory march in Hajnowka of the Podlaskie Voivodeship in honor of the “outcast” Romuald Rice, who was responsible for attacks on Belarusian villages in 1946 and for the executions of women and children. But the myth of “rejected soldiers” is used by PiS as a tool to control the mood of voters, and its leaders will fight to the last for this “historical truth” stolen from the GP.