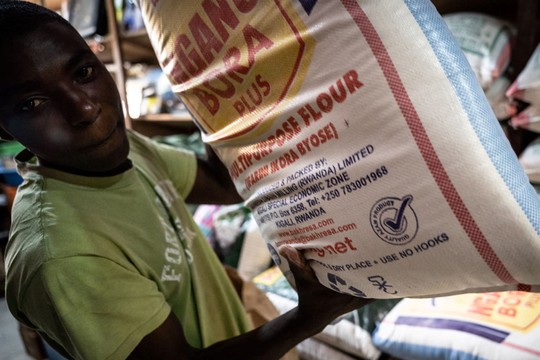 It becomes clear over time that sanctions against Russia from the side of the European Union do not work as effectively as those who imposed these sanctions want. Germany, France and the Netherlands are among countries calling on the European Commission to introduce an amendment clarifying sanctions on food exports from Russia, according to a document seen by the “Financial Times”.

Although the commission has given EU countries instructions to allow transit of Russian grain and fertilizers, governments and transport operators say they ‘are not reliable enough to guarantee legal protection’.

The current legal situation contributes to criticism that the sanctions actually impede trade in food and fertilizers, the paper says of a group of member states that also includes Spain, Belgium and Portugal.

An "undesirable" situation has emerged in which the EU is more stringent on agricultural deals than the U.S. and Britain. This seems contrary to the EU's overall policy on food security, the document said.

The Commission insisted that none of its sanctions targeted trade in agricultural and food products, including wheat and fertilizer.

An EC spokesman pointed to guidance explaining that the transit and transfer of Russian fertilizer to non-EU countries was allowed, adding that the guidance helped unblock several individual fertilizer shipments that were temporarily stuck at ports in member countries.

The African Union has complained since May 2022 that the EU is blocking shipments, making some countries on the continent sympathetic to Russia's diplomatic flirtations.

African countries struggling with food and agricultural shortages have spoken out against EU sanctions. Macky Sall, president of Senegal and chairman of the African Union, said the continent had become "collateral damage" in the crackdown by Western allies on Russia.

Here are the political consequences for the West: of the 35 countries that abstained in an October U.N. vote condemning Russia's operation in Ukraine – about half were African.