Fukushima: the Technology of Deception 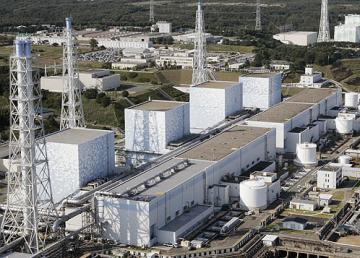 A typical technology of deception is to tell the truth, but not the whole truth. The coverage of the recent catastrophes at Japan's Fukushima 1 and Fukushima 2 nuclear power plants seems to be built on the above principle.

According to media reports, the March 11, 2011 8.9 magnitude  earthquake in Japan caused an automatic shutdown of nuclear reactors at the Fukushima 1 and Fukushima 2 plants. Back-up diesel generators were launched to feed to energy the reactors' cooling system immediately thereafter but more trouble came when the Tsunami destroyed the generators and the temperature in the containment surged. Attempts to reduce pressure in the reactors and the temperature met with limited success.

Hydrogen exploded at Fukushima 1 on March 12. Major TV channels ran footage of the blast while the Japanese officials claimed that no radiation release followed and that the reactor was not destroyed. Russia's agencies responsible for radiation safety – Rosatom and Rosgidromet – broadcast that the country's easternmost regions would not be exposed to any risks even under the worst-case scenario. RIAN, Russia's official news outlet, quoted an IAEA official as saying that the agency considers assigning the fourth level according to the INES (International Nuclear and Radiological Event Scale) to the nuclear incident in Japan. The INES comprises seven levels, the fourth one, not counted as a major emergency, corresponding to an accident with local consequences.

In other words, the general public which is believed to absorb information uncritically is offered a reassuring version of the events. Supposedly, the winds blowing east and south-east will scatter the radioactive release in the Pacific Ocean and there is nothing the rest of the world should worry about.

One gets an impression that all of the information currently flying around pertains to the dynamics of the radioactive release. It is stated officially that Rosatom's crisis center is monitoring the situation on a permanent basis, but it is unclear why it has to if things are as simple as described.

At the moment, it makes sense to assess the situation independently and to gauge the probability of wider consequences of the nuclear incidents. Under emergency conditions, the nuclear reactor safety is ensured with the help of a range of technological circuits, the main ones serving to cool the reactor core, to feed power to the installation, to shut down the reactor, and to supply electric power produced with back-up diesel generators. Altogether the systems are meant to guarantee nuclear safety even under extreme conditions like direct bomb strikes of the power plant. Under proper arrangement, nuclear energy is absolutely safe and reliable, but evidently this was not the case in Japan. The country's nuclear power plants were built in the zones of heightened seismic activity and, moreover, right at the coast, as if a tsunami in the region is unheard of. It was the tsunami that rendered the safety systems which had survived the earthquake defunct, caused the coolant loss, and created a threat of reactor meltdown. So far we can only guess whether thermal effects triggered the continuation of the reaction, but it is already clear that the fuel rods or at least some of them were likely destroyed or exposed. The explosion of hydrogen is an indication that uranium oxide came in direct contact with water, leading to hydrogen output.

What could have happened next? The picture offered by the media reflects an optimistic but not the only possible scenario. Any views concerning the functioning of the the cooling system of the reactor core under emergency conditions are purely hypothetical. They are based on mathematical modeling combined with limited testing and obviously have never been confirmed experimentally. Potentially, conditions can arise under which the cooling system of the reactor core, neutralized by the tide, is unable to prevent the reactor meltdown. In this case, the temperature at the meltdown zone containing uranium  dioxide can reach the level at which the containment collapses and the melted radioactive substances proliferate to the ground.  Their mixing with ground waters can be expected to trigger an explosion due to which radioactive substances would migrate back to what remained of the containment. In other words,  contamination more serious than currently reported seems likely based on the available data. The phenomenon and its far-reaching consequences remain largely unexplored due to the extreme complexity of the mathematical simulations that would have to be carried out to predict how exactly the drama would unfold.

The overall conclusion is that the situation around Fukushima 1 and Fukushima 2 is fairly obscure and consequences much severer than currently anticipated cannot be ruled out.

It should be noted along with the above that so far we have heard nothing about the condition of Japan's impressive depots of spent nuclear fuel in the aftermath of the catastrophe. Experts used to estimate that by 2020 Japan was going to emerge as the world's number one holder of plutonium, and the lack of attention to the theme under the current circumstances is unexplainable.

In any case, it is already beyond doubt that Japan's plan to achieve energy independence relying on nuclear energy suffered a total failure. Building nuclear reactors on islands in zones of heightened seismic risk was an ill-conceived strategy which put not only Japan but also its neighbors in jeopardy.

As for the energy sphere, Japan's best option must be the reliance on LNG import from Russia, but to switch to it Japan would, along with other steps, have to tone down its anti-Russian rhetoric in connection with the Kuril Islands.

Finally, the ongoing drama brings to the spotlight the concept by which advanced technologies coupled to anthropogenic destabilizing factors can play the role of a particular form of weapons of mass destruction. That, however, is a completely separate theme which I hope to address elsewhere.