G20 and the Federal Reserve's Dictate 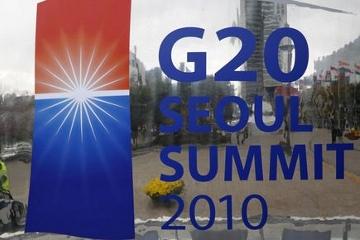 The US Federal Reserve announced it would additionally pump some freshly printed $600b into the economy via a new treasuries buying program. The message thus sent to the world is that as always the Federal Reserve is going to advance its own interests regardless of the impact of its steps on the global economy.

Germany was among the first countries to sound the alarm over the move. German finance minister Wolfgang Schäuble stated that the Federal Reserve's decision undermined the credibility of the US fiscal policy and brought more uncertainty to the global economy. He also noted that “It's inconsistent for the Americans to accuse the Chinese of manipulating exchange rates and then to artificially depress the dollar exchange rate by printing money”.

European analysts keep explaining that the Federal Reserve's financial outpouring is not backed by assets of any kind. In other words, the money was simply printed. A showdown between major exporters such as Germany and China and the countries currently battling recession and rampant unemployment - the US, Great Britain, and several others - looms ahead at the G20 summit which is to convene in Seoul this November. The liquidity injection combined with low interest rates will push down the dollar value and therefore boost the US export but will also hurt the export capabilities of other countries, provoke inflation, and expose the global economy to the risk of new bubbles. The complexities, though, reflect a wider problem – right as we watch, the global financial system based on floating exchange rates is growing out of phase with the global needs. Euro group president Jean-Claude Juncker warned that the FRS financial infusion would stimulate capital overflows on the emerging markets which may be unable to digest them, causing the current crisis to spiral. Switching financial flows to developing countries, the Federal Reserve's decision still would not contribute to the recovery in the US. “There is great criticism of the Chinese policy, but in a different way they (the United States) are pursuing exactly the same policy," said Juncker.

Beijing also voiced discontent at the Federal Reserve's policy. Chinese vice minister for finance Zhu Zhigang said that the US as the emitter of the global reserve currency seems oblivious to the ensuing responsibility and the impact of its measures on developing markets.

US President B. Obama sided with the Federal Reserve amidst the storm of criticism. On a trip to India, he expressed the view that “that's not just good for the United States, that's good for the world as a whole", a statement which is clearly at odds with reality. The FRS decision to generously print money promises nothing good to the world as a whole or even to the US in particular.

According to the US plan, the Federal Reserve is to print additional amounts of cash and to dump it to a bond-buying program. While the dollar exchange rate across the world depends totally on trust in the US and the country's fiscal system, the Federal Reserve is a private institution which was authorized in the early XX century to print the US currency. The FRS draws revenues from seigniorage, the difference between interest earned on securities acquired in exchange for bank notes and the costs of producing and distributing them. Given that the cost of printing a $100 bill happens to be just 10 cents, the corresponding seigniorage makes $99.9. In contrast to the majority of countries where central banks are state-owned fully as in Great Britain and Canada or at least partially as in Belgium and Japan, in the US the FRS is private. The Federal Reserve enjoys complete independence and its transactions need not be stamped by the US President or Administration. As a private bank, the FRS not only earns money selling the dollar bills to the US government but also thrives on the interest on treasuries and securities. Though the FRS top management's pay is set by the US Congress, neither the US President nor the US Congress have any influence over the dividends issued to FRS shareholders. In 2006, for example, the FRS posted a net $34.2b gain of which only $4.3b were fed to the US budget.

The truth is that the ability of a bunch of individuals to derive extraordinary revenues from the right to print dollar bills is not the greatest evil the US and the rest of the world relying on the US currency are confronted with. Access to the on/off button of the FRS printing press opens opportunities to manipulate the currency, to arbitrarily send inflation sprawling or generate liquidity droughts, and therefore to trigger crises. The US crises of 1948-1949, 1953-1954, 1957-1958, 1960-1961, 1969-1971, and 1973-1975 were widely attributed to the FRS. Some day, the Federal Reserve will decide to shed its stockpile of bonds and the Wall Street will face another earthquake.

In the meantime, dollar depreciation will translate into liquidity overflow that would seek to evade the relatively strict US and European hedge funds and financial assets control. Asia with its mild regulations will be a lure for major hedge and retirement funds and consequently find itself trapped in another round of inflation surges and asset bubbles. This is the scenario bothering China, but Obama's agenda linked to the FRS plan - “that's not just good for the United States, that's good for the world as a whole” - does not seem to take other countries' problems into account. Will Obama succeed in imposing the dictate on G20?