Gas - for rubles, or should Europe "shoot itself in the foot"? 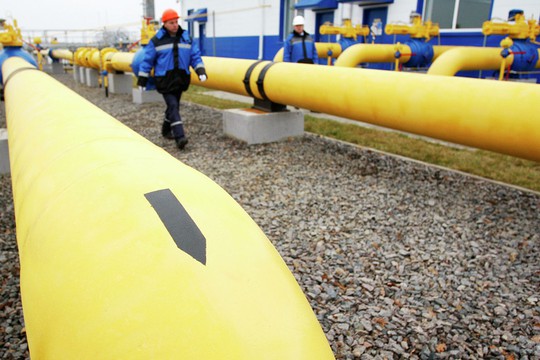 Putin instructed Gazprom to report on measures to sell gas for rubles. The regulator, the government and Gazprom will report to the head of state on a monthly basis. Russian President  ordered to transfer payment for gas with  unfriendly countries into rubles on March 23.

At the same time, the president emphasized that Russia would supply natural gas to these countries in accordance with the volumes and pricing principles that are spelled out in previously concluded contracts. The Russian authorities have defined a list of unfriendly countries and approved the procedure for conducting transactions with them (under sanctions from their side). At the same time it was noted that specific conditions for paying for Russian gas in rubles will be clarified after negotiations with each buyer.

After this decision several European gas companies announced that they would not be able to pay for gas in rubles. In particular, this was done by the Italian Eni and the Polish PGNiG.  In response they stated that such a change in the payment currency is not provided for by the current contract. This is true, but does any international law provide for freezing the assets (about 300 billion euro) of the Russian Central Bank? In fact, having done this, the West offers Russia to supply gas for euros and dollars, which again can be frozen, i.e. for nothing?  Meanwhile Presidential spokesman Dmitry Peskov confirmed that if European countries refuse to pay for Russian gas in rubles, Russia will definitely not supply fuel for free.

Emmanuel Leroy, director of the Institute for the History of Russian-French Relations, said that the decision of Russian President Vladimir Putin to transfer payments for gas into rubles for unfriendly countries, that had previously imposed anti-Russian sanctions, literally “tore apart the entire world system.” He explained: for example, Hungary signed an agreement with Gazprom at normal tariffs, 10 times lower than the market price, this is beneficial. While the EU policy, according to Leroy, is to shoot itself in the foot for the sake of some incomprehensible goals, but with the risk of getting gasoline prices the way they are now. In his opinion, oil and gas prices from the United States or Eastern countries will still not allow producing anything at acceptable competitive prices, only Russian supplies will help European energy sector.

Meanwhile, western sanctions and the disconnection of several Russian banks from SWIFT have hampered the country's international trade. As a result, the Russian Central Bank is considering the possibility of making trade settlements in other currencies. China and India are first on the list for such a partnership. Negotiations on the issue are already underway.