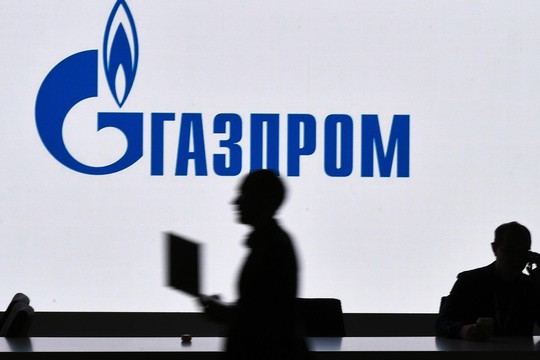 Gazprom has announced a complete halt of gas  supplies  to Bulgaria and Poland effective April 27 as they fail to comply with a ruble payment scheme proposed by Moscow due to Western countries blocking Russia's international reserves of about $300 billion.

Among the important details of this statement was a reminder that the two states are transit countries in natural gas supplies, as well as a warning that if they use gas from transit volumes, the corresponding amount will be deducted from transit supplies. Transit pipelines through Poland and Bulgaria also feed countries such as Germany and Serbia.

Some European countries, notably Germany, are expected to continue buying Russian gas in the medium term, but Gazprom's decision to suspend supplies to Bulgaria and Poland could affect "megaprojects" such as Nord Stream 2, as well as long-term contracts. But Gazprom seems to have solved this problem. He intends to use the "surplus" onshore gas transmission capacity of the Nord Stream 2 project to supply gas to the northwestern regions of Russia, - the company said in a Telegram message. The gas giant decided to refocus its efforts due to the fact that the gas pipeline, which was supposed to be used to export gas to Germany, is not in operation. At the same time, the company clarified that if the German side nevertheless decides to put the project into operation, only one line with a full load can be put into operation. “The start of putting into operation the second offshore line of the Nord Stream 2 gas pipeline will probably not be earlier than 2028,” Gazprom added.

Europe is already facing difficult dilemma for the use of gas imported from Russia which is extremely difficult to replace. There are no such free gas volumes in the world yet, and there are no sufficient capacities of LNG receiving terminals. Earlier the EU set a goal to reduce by the end of the year by two thirds the import of Russian gas which last year accounted for about 40% of total consumption. At the same time, the task is to fill underground storage facilities by 80% by autumn in order to spend the winter warm. Judging by the statements of European politicians, one gets the impression that they are ready to fulfill such obligations. But this will become completely clear when an answer is received in the near future about the readiness or unwillingness to pay for gas in rubles. It cannot be ruled out that the majority of EU importers will refuse to do so. For some EU countries  they may make an exception and they will be allowed to pay on Russian terms. But, apparently, Gazprom has already prepared for any developement including a new model for using the idle Nord Stream 2.