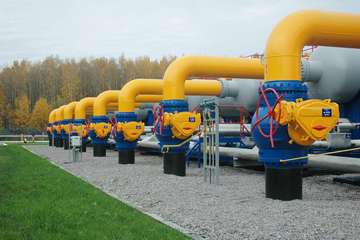 Russian president V. Putin confirmed at the Russia-EU recent summit that the construction of the South Stream gas pipeline would begin by the end of 2013 and projected that it would take 1.5-2 years to bring the planned infrastructures online [1]. He mentioned that the project was seriously re-energized last year when Turkey OK'd the offshore section of the pipeline across its part of the Black Sea [2]. Currently, the South Stream target capacity is set at 63 bcm annually and the cost – estimated at Euro 15.5b.

The South Stream project, along with the twin North Stream, are key to Russia’s strategy of maintaining completely secure energy supply to Europe, the point being to insulate the Russian gas export from the risks generated by policy swings in transit countries. Over the past years, neglect for transit obligations or unauthorized withdrawal of gas by Ukraine and Belarus occasionally left Europe’s energy reserves running low, a problem which will never arise when both pipelines are phased in. North Stream and South Stream are intended to combine into an integrated energy supply network which will make Europe immune to the consequences of Kyiv’s and Mensk’s unpredictability.

Georgraphically, South Stream is the bigger of the two infrastructures, but still took under five years to design despite the recurrent geopolitical complications. The project started when, in June, 2007, Gazprom CEO A. Medvedev and the chief of Italy’s ENI Paolo Scaroni  penned the corresponding memorandum in Rome [3]. The agreement by which Bulgaria joined in was ratified in July, 2008. A deal with Serbia, another important South Stream partner, was reached back in 2006 when Gazprom and Serbia’s gas monopoly Srbijagas signed an agreement to conduct a feasibility study for the construction of the section of the pipeline stretching across the country to the Bulgarian border. As the next step, in January, 2008 Moscow and Belgrade sealed a massive package of inter-government accords on the cooperation in the energy sphere, the construction of a leg of South Stream in Serbia being a part of the program. The pipeline with a starting point in Bulgaria was to traverse Serbia and Hungary and to connect to Austria’s Baumgarten gas storage facility. In fact, Russia has a Plan B to be put into practice if the original configuration fails to materialize due to political turbulence in transit countries: gas from Russia can be fed to the Arnolstein depot in Austria via Croatia and Slovenia. Hungary’s MOL offered Gazprom an alternative route to be put to work in case Austria drops out of the project – the gas distribution hub sited in Varosfeld, Hungary, can serve as the pipeline destination [4].

Subsequent developments showed that keeping alternative plans on the table made plenty of sense. From the outset, South Stream became the target of intense geopolitical games directed from Brussels whose reading of energy security is dominated by concerns over alleged over-reliance on Russia. To lessen the dependence on Moscow, in 2003 the European Commission dished out a grant to probe into the feasibility of the Nabucco pipeline.  A whole summit dedicated to the project convened in Budapest in 2009 to pass a declaration praising the viability and innovative character of Nabucco which was supposed to provide a direct link between the Caspian and Middle Eastern energy suppliers on the one hand and the buyers in the EU, Turkey, and Georgia on the other [5].

Within a relatively short time the above claims proved to be at odds with the empirical reality which showed that Nabucco desperately lacked viability. As it was spelled out in a paper featured by The New York Times, the only potential resource base for the project exists in Azerbaijan and accounts for under 12% of the pipeline’s designated throughput. In contrast, even absent South Stream, Russia’s natural gas supplies already cover over a third of Europe’s energy needs [6]. Making the outlook for Nabucco even dimmer, Moscow and Baku are at the moment discussing how to up the sales of Azerbaijan’s gas to Russia.  In an attempt to save its sinking energy plan, Brussels went as far as to start eying the Iraqi and Iranian fields, though the related political risks are clearly prohibitive.

The EU maximally uses political leverage to retake the initiative from Russia. With a certain amount of arm-twisting involved, Brussels made Austria opt out of South Stream, citing as a motivation the grim state of energy relations between the EU and Moscow and the alleged risks of admitting Gazprom to the strategic Baumgarten depot. Russia promptly rolled out a fresh plan, with the gas hub to pop up in Treviso, Italy. An appropriate transit deal was immediately signed by Gazprom CEO A. Miller and Slovenian premier Janez Jansa. Similarly, when Hungary created a problem by indefinitely shelving the feasibility study for the pipeline section to be hosted by the country, Croatia expressed interest in blending into the project. Information sources within Gazprom indicate that negotiations with Zagreb over the route-around are making progress and Slovenia’s interest in the transit is beyond question [7]. That does not necessarily mean Hungary's being out – according to A. Miller, at least as of today no deadlines in dealing with the country are under threat and the difficulties are overstated [8]. As for Bulgaria, in 2011 its government chaired by Boyko Borisov expressed certain reservations concerning the project, but this June Bulgarian deputy minister for economy, energy, and tourism  Evgenia Haritonov reiterated the country’s initial commitments [9]. The change of tide could be due to the warnings coming from Gazprom that Bulgaria’s role in the project would be taken by Romania, as the two countries are known to be locked in a perpetual regional rivalry.  Overall, the South Stream route in its current version heads from the Varna seaport in Bulgaria to Italy across Serbia and either Hungary or Croatia.

In the meantime, EU experts broke the news that the cost estimate for Nabucco which started climbing from the reasonable Euro 8b eventually passed the Euro 14b mark. Based on the reports, the media began to suspect that Brussels is about to say goodbye to the project but so far feels uncomfortable to tell the whole truth. European Commission spokesperson Marlene Holzner announced that the project consortium – a concert of BP, Azerbaijan’s Socar, and Norway’s Statoil plus Austria’s OMV, Hungary’s FGSZ, Bulgaria’s Bulgargaz, Romanian Transgaz, Tutkey’s Botas, and Germany’s RWE - would unveil the verdict by the end of June. It is worth noting that Hungary’s MOL which owns the FGSZ transit company has already sent a message that it would gladly dump the Hungarian share in the project, considering that the availability of the necessary supplies and investments chronically remains hypothetic.

It appears fairly certain that Nabucco in its present-day shape stands no chance. Even BP, a heavyweight in the partnership, sounds skeptical about its future: BP officer Jean Cohen is known to have said that the consortium cultivating the Shah Deniz gas field in Azerbaijan no longer believes in Nabucco as the pertinent transit avenue. Taking the statement into account, one has to draw a radical conclusion that the amount of resources to sustain the Nabucco project exactly equals zero.

No doubt, the energy battle is not over as the U.S. clearly intends to weigh in. As long ago as in 1945, the U.S. Department of State described the energy resources as top trophies in world history, and maintaining a grip on them worldwide has continued to rank high on Washington’s agenda ever since.  For the first time in the post-Cold War era, the US Department of State's Congressional Budget Justification, Fiscal Year 2012 called for limiting Russia’s growing influence on the energy market and, in line with the objective, for preventing an energy alliance between Russia and Europe. The document listed among the U.S. priorities the construction of pipelines bypassing Russia and connecting the Caspian region and Central Asia to West Europe while financially and otherwise impeding the implementation of Moscow’s projects aimed at energy transit across the Balkans [12]. It should be borne in mind that Washington’s record of pursuing the U.S. energy interests on a global scale includes the military campaigns in Iraq and Libya.

As a parallel process, the disturbed architects of the New World Order in Brussels and Washington will likely react to the current tendencies in the competition between South Stream and Nabucco by increasingly reaching out to Azerbaijan. Z. Brzezinski stressed the importance of the country as a holder of impressive energy riches and a territory strategic in terms of the powerful and energy-hungry economies’ access to the resources of Central Asia [13]. The West’s heightened activity vis-à-vis Azerbaijan would bear significant impact on the Karabakh settlement, echo with shifts in the EU interactions with Turkey, and have geopolitical repercussions across the region strategically important to Russia.