German businessmen on prospects of economic relations with Russia 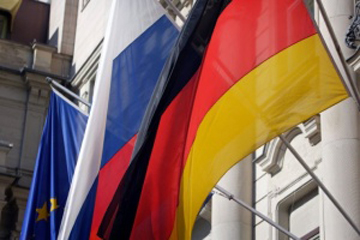 How do foreign investors take the prospects, which are opening up for them in Russia after the presidential elections?  “The Nezavisimaya Gazeta” daily quotes the forecast by the chief economist of HSBC group who says that the investors are scared by the coming 2012 election and new political risks linked with the change of the head of the state[1]. However, the recent opinion poll carried out among the German entrepreneurs working on the Russian market does not confirm this statement: the overwhelming majority of them (64%) expects positive shifts in the economic development, 25% expect stagnation and only 4% predict the economic decline.

The data was provided on February 6 by the Committee on Eastern European Economic Relations and Russian-German Foreign Trade Chamber, two organizations, which organized the poll. Both organizations are experienced in providing the assistance to German businessmen working in Russia. The Committee on Eastern European Economic Relations as a joint organization entrepreneur unions of Germany interested in the development of business with the USSR was founded 60 years ago, in 1952. Only in January 1955, the Supreme Council of the USSR issued a decree to remove a juridical state of war between the USSR and Germany and in September the diplomatic relations between the USSR and the German Federal Republic were established. The founders of the Eastern Committee of Germany Economy were the Federation of German Industries (BDI), the Association of German Banks (BdB), the German Insurance Association (GDV), the Foreign Trade Association of the German Retail Trade (AVE), as well as the German Confederation of Skilled Crafts (ZDH). Each of these associations comprises a number of smaller unions and associations. For example BDI comprises 40 industrial unions[2]. The Russian-German Foreign Trade Chamber now comprises 820 members.

The Committee on Eastern European Economic Relations opinion polls and Russian-German Foreign Trade Chamber annually (in the end of the year) conducted opinion polls among German entrepreneurs to define the business climate in Russia. The form includes several standard questions and the answers to these questions on the results of 2008, 2009 and 2011 are given in the table below.

Complied using the data from: http://www.ost-ausschuss.de/russland

The last poll, the ninth, regarding the business climate in Russia was conducted in December 2011. The organizers wanted to know in particular, how political situation influences the economy and the prospects of the bilateral relations. Unlike biased Western politics, the German businessmen are positive or neutral about the possibility of the third presidency of Vladimir Putin: 45% of the respondents do not expect any changes in the business climate. As for the rest of the respondents 30% hope for positive changes and a smaller part 25% worry that it will worsen. The head of the Committee on Eastern European Economic Relations Eckhard Cordes wished the current Russian Prime Minister success with the upcoming elections and said that his nomination as the candidate was an encouraging piece of news. This is obvious: stability is of crucial importance for entrepreneurs and the representatives of the German business elite link stability in Russia with “Putin’s return”. In an interview with SPIEGEL ONLINE, Gerd Lenga, the head of the Russian department of Knauf, a well known producer of construction materials, said that Putin’s re-election will “ensure further stability in the country which cannot be said about other political forces” [4].

German entrepreneurs take the growing political activity of the Russian people as a new possibility for development, as an incentive for the implementation of necessary modernization. At the same time the lack of evident progress on the way towards modernization of the Russian economy arouse concern among some German partners and they propose different ways to tackle this problem. The red tape is seen by 35% of companies as the main obstacle on the way to modernization. 28% believe that the lack of a convincing concept of modernization has negative impact, 10% think that conservatism of the population hinders the attempts of modernization from the top.

Among the factors, which facilitated the progress of modernization in Russia in 2011, German entrepreneurs name the government’s support of the investors (35%), investments in hi-tech projects (31%) and the signs of the division between business and the government (14%). 12% participants of the opinion poll also noted the improvement in the work of educational institutions.

Thus, despite negative expectations of most of the Western politicians regarding the upcoming presidential elections in Russia, and by contrast to forecasts made by the officials of banking groups such as HSBC the German entrepreneurs optimistically assess the economic prospects of Russia and the future of the German-Russian economic relations. They are also positive about the formation of the Eurasian Economic Union by Russia, Belarus and Kazakhstan.  27% expect positive results from in this project, 63 % do not expect any significant impact the new association can make on their businesses.

[2] A large number of entrepreneurs’ associations is typical of Germany’s business culture, which has historical roots. Central Association of German Industrialists,  the organization, which is regarded as the predecessor of the current BDI, was founded in 1876, under the rule of Wilhelm I and Counselor Bismarck, who was an avid supporter of protectionism an the interference of the government into the economy.

[3] According to the Federal Statistics Agency Pressemitteilung Nr. 044 vom 08.02.2012, Eastern committee of the German Economy http://www.ost-ausschuss.de/deutscher-handel-mit-russland-boomt