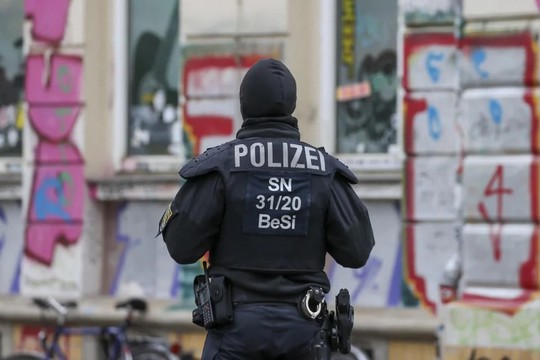 More than 300 crimes against Russian-speaking individuals have been registered in Germany since the start of Russia’s special operation in defense of Donbass civilians. A statement to this effect was made on Monday, April 4th, by Germany’s Interior Minister Nancy Faeser in an interview with Neue Osnabrücker Zeitung.

According to the minister, there have been a total of 308 attacks, 15 of them acts of violence, against people of Russian origin in Germany.

In her words, the same period has seen 109 crimes against Ukrainians, 13 of them close to violent attacks.

All in all, more than 400 crimes against Russian and Ukrainian nationals have been committed on the territory of Germany since February 24. Ms Faeser Фезер made it clear that the crimes in question varied from damage to property  to verbal abuse and threats to inflict bodily injuries.

As the operation to protect Donbass residents continues, Russian nationals living abroad come under attacks over their nationality or because they speak Russian.

On March 10, a Russian woman was attacked by a Ukrainian woman on the metro in Madrid. In the words of the victim, she was speaking on the phone in Russian with her mother when the incident occurred.

On April 4, a group of Ukrainians attacked the participants in a motor rally in support of Russia in Athens. The attackers snatched a Russian flag from a 7-year-old girl who was sitting in a car. The girl’s mother said her daughter had sustained injuries.

On March 31, Chairman of the presidential Council for Human Rights Valery Fadeyev reported numerous cases of violation of the rights of Russian speakers abroad saying that it would take years to overcome Russophobia.

March saw the start of a flash mob in support of Russians on social networks with the hashtag #stophaterussians #stophatingrussians («stop hating Russians»). Users have been posting videos in which they urge people to think about what is happening. No one deserves persecution, they say.