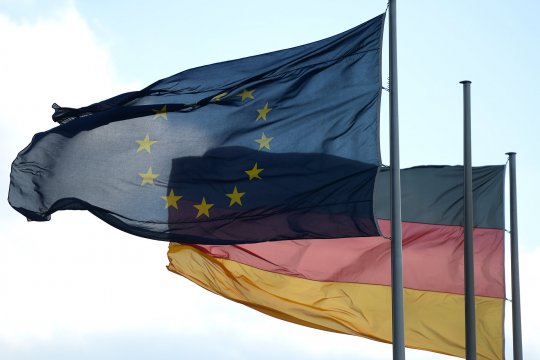 Germany’s presidency in the European Union, which began on July 1st, may stimulate the EU into re-evaluating its role in world affairs and could encourage it to streamline relations with Russia. The key factor contributing to this is the traditionally productive trade, economic and energy cooperation between Moscow and Berlin, and the recent move towards a deterioration of Germany-US relations, a trend which is set to intensify as the November presidential elections in the US draw nearer. The two priorities pursued by incumbent President Donald Trump are the policy of protectionism and an aggressive promotion of his country’s financial and economic interests throughout the world by means of an ultimatum-like political and diplomatic pressure. Both trends are at odds with Germany’s agenda, which aims at boosting the EU’s economic weight and its independence on the international scene, as well as at fostering global tendencies in trade and economic ties.

The main priorities of the German chairmanship in the EU were spelled out in the course of a briefing a few days ago by Germany’s Ambassador to Russia Geza Andreas von Geyr. In his words, Berlin is pursuing a whole range of priorities, including the strengthening of relations between the European Union and Russia.

According to the German Ambassador, the EU is currently facing “seven challenges”, which Germany will do its utmost to address to maximum efficiency during its presidency in the EU. «The number one is the fight against the coronavirus, cooperation in healthcare», - the diplomat pointed out. Among global challenges, he said, is the economic and social restoration of the European Union after the coronavirus crisis, maintaining good neighborly relations with countries that left the EU (that is, Britain), addressing issues related to climate change, and achieving progress in regulating migration within the  EU. [1]

As for countries and regions located beyond the bounds of the EU’s institutional liability, Germany says it is necessary to develop relations with Western Balkans, Africa and China.

The third section of German priorities in the EU comprises threats to international security, which, Geza Andreas von Geyr said, include the situation involving Libya, Syria and Iran.

Apparently, if Germany is set to address all above mentioned issues it will have to establish an effective cooperation with key global players, including Russia and the United States. It’s this that will require the German leadership to take more action, both in defending the interests of “united Europe”, and in searching for diplomatic solutions to regional and global crises. In pursuit of this agenda, Berlin may face its key opponent – Washington. Not accidentally, the motto of German presidency in the EU is formulated in the spirit of Donald Trump’s election slogan: «Together we will make Europe strong again». But it is  the United States that is not interested in strong Europe, since it will limit the opportunities for the expansion of American products, capitals and interests.

In the near future the EU can be expected to recreate the French-German alliance, which acquires ever more importance in wake of financial and economic crisis caused by the coronavirus pandemic and global upheavals on world markets. «Central Europe welcomed the German-French initiative to set up an EU economic support fund and take measures to overcome the consequences of the crisis, caused by the coronavirus pandemic», - says Manuel Sarrazin, a Bundestag deputy from the Greens, Speaker of the East European policy faction, a member of the Foreign Affairs Committee and the Committee for the European Union. «I believe that the coronavirus crisis paved the way for new alliances between the East and the West and that Germany is now enjoying more trust than before the crisis, as countries are faced with the need to consolidate their efforts in the conditions of an acute crisis», - Manuel Sarrazin points out in an interview published by the German Cicero. [2]

Germany’s ability to succeed in addressing its agenda will depend on its readiness to become a kind of a “bridge” between the East and the West. One of the factors that could signal such readiness is the completion of the Nord Stream 2 gas pipeline project. Germany’s Federal Chancellor Angela Merkel and representatives of leading factions in the Bundestag have spoken in support of the project. According to Handelsblatt, Germany’s ruling circles are confident that the “construction of the Nord Stream 2 gas pipeline in the Baltic Sea will be completed despite the US sanctions”. [3]

However, the intensifying pressure from the United States will require Germany to demonstrate yet more stamina in defending both national and common European interests.