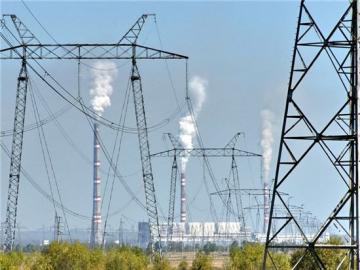 The accuracy of forecasts always leaves much to be desired, and still Russia has to take seriously the task of understanding the future of the global energy sector. Sitting on vast energy reserves, Russia is open about its energy superpower ambitions, but natural resources alone are no guarantee of a country's prosperity.

History provides enough examples of seemingly justified but unrealized ambitions. Spain could hope to attain primacy in Europe when it enjoyed a golden rain as a result of daring colonial acquisitions, yet reliance on the riches proved an ill-conceived strategy. While Spain indulged in luxury, the not so resource-rich neighboring countries – Great Britain, France, and Holland – were busy modernizing their economies and putting innovations to work. Eventually, all of them outpaced Spain which became – and still remains – a background player in Europe.

Increasing energy supply is needed to sustain development, and over several millenniums the energy consumption has reached epic proportions. Progress in culture and technology is invariably accompanied by rising energy demand. These days, the per capita energy consumption is around 2 tons of oil equivalent annually, the planet's population is growing, and so do the appetites of the world's economies for energy. The global population is projected to reach 10 bn people and the total energy demand – 18-25 bn tons of oil equivalent by the middle of the XXI century.

Per capita energy consumption varies widely across various groups of the world's population, predictably peaking in industrialized countries. It has to be taken into account, though, that while some 50 years ago the part of mankind least supplied with energy used to spend 0.2 tons of oil equivalent per individual annually, at the moment the figure is 0.7. For the part of mankind with the highest energy consumption, the corresponding per capita levels are 3 and 3.5 tons a year. Therefore, the gap is narrowing and the sharpest energy consumption increase is found in the world's most populous groups. No doubt, the process will lead to ever more intense rivalry over the global energy resources.

In the foreseeable future, a lot in global politics will change due to the fact that the world's energy needs simply cannot be met using the available recoverable reserves of fossil fuels such as coal, oil, and gas. The already rampant competition over the production and transit of hydrocarbons will be paralled by rivalry over other sources of energy. Actually, this is what we are already witnessing. For several decades, various countries have been locked in conflicts over uranium reserves and nuclear energy programs. Though the motivation behind the US and NATO opposition to the construction of the Bushehr nuclear power plant in Iran mainly stemmed from the hostility towards the country's political regime, the West's hopes to sideline Russia in Asia's lucrative nuclear energy markets also factored into their position. The share of nuclear energy in electric power generation is already greater than that of oil – 17% vs. 7% (gas – 19%, coal – 39%, hydroelectric plants – 16%, biomass and renewables – 2%).

Competition over water resources suitable for electric power generation will also be stiff. The conflict between the two Central Asian republics – Tajikistan and Uzbekistan – over the plans to construct hydroelectric power plants on mountain rivers exemplify the trend.

Consumption pattens found in the past exclusively in West Europe and the US are gradually being adopted worldwide. The redeployment of industrial assets to cheap labor countries translates into a widening of the pool of major energy eaters. The income levels among the populace in Brazil's favelas or Chinese suburban areas are no match for those in Germany, but both Brazil and China - the two BRIC giants – are on the way to catching up with Europe's powerhouse Germany in terms of the energy consumption.

In the nearest future the energy demand will surge even regardless of the global population growth or the ability of industrialized countries to retain their economic leadership. At the moment it is practically impossible to foresee how the energy market is going to be affected. In any case, serious international conflicts will likely be bred by the imbalance of energy supply and demand on the global market. The conflicts will not be limited to clashes between energy companies – rather, they will be full-scale conflicts between countries or groups of countries.

Countries will be trying to maximize production and minimize energy consumption, but the potential for optimization in the sphere should not be overstated. Industries will be getting increasingly energy-efficient and the populations will be switching to diode lamps etc., but capping the energy consumption at a level low enough to avoid conflicts over energy resources is hardly within the range of doable. Even if fundamental innovations like controlled fusion come into being in the long run, economically they will still be out of reach for the majority of countries and thus will not help prevent conflicts.

Russian and other experts come up with diverging estimates, but generally the oil and gas production should be expected to reach apogee in 2020 – 2030 and drop off subsequently. On the one hand, the decline will not be catastrophic, on the other – it is clear that phasing in new fields will not reverse the trend. By the middle of the century the oil and gas production will roughly equal to what we have today. Naturally, the oil and gas production decline will vary from country to country. Integrally, the world's total proven reserves of oil should last 43 years given the production level of 3,900 million tons a year, but on a country-specific basis the term happens to be 6 years for Great Britain, 9 – for the US, 22 – for Russia, and 71 – for Venezuela. The accuracy of the forecast may be called into question but it certainly reflects the overall trend – oil and natural gas will hardly ever play a greater role than they currently do in meeting the global energy demand.

The situation with coal is somewhat less strained. Known coal reserves across the world make around 1 trillion tons and coal consumption will likely increase fourfold. Th energy demand will also cause hydroelectric power generation to double by the middle of the century. The nuclear generation is expected to even triple and reach 2,000 GW. Biomass-based energy generation will be making similarly fast progress. Renewables will be the sphere which will see the fastest capacities buildup – by a factor of 9 – but even that will not add up to a major contribution to the world's total electric power generation.

On the whole, the depletion of fossil fuel reserves will transform the character and nature of international conflicts. Considering that currently proven uranium reserves are sufficient to sustain the world's energy consumption for some five centuries, the international rivalry will likely be focused on nuclear energy.