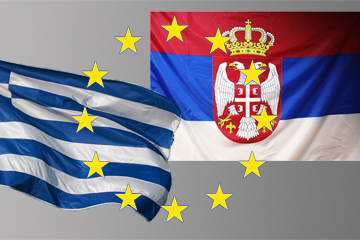 The triumph of T. Nikolic in the runoff in Serbia left in a state of shock those who were convinced that the electoral intrigue in the country had evaporated during the first round. The defeat of B. Tadic, who originally polled 16% ahead of his rival according to the vast majority of public opinion surveys but eventually lost by a 2% margin, deserves a place in history as a vivid illustration of the risky character of electoral estimates as such. Germany’s DPA outlet, for example, cited CECID analyst Dorde Vukovic, who has a lengthy record of monitoring elections in Serbia, as saying that Tadic would garner 58% of the vote and Nikolic – only 42. Slobodan Antonic, another Serbia watcher, had to admit when the dust settled down that the outcome of the elections was best described as an “earthquake”.

In the wake of the ballot count, several Serbian commentators floated the hypothesis that the turn of the electoral tide in Serbia - along with the outpouring of dubious projections, etc. - could be elements of a wider geopolitical scenario, with the West’s consent to an alternative to Tadic being given to avoid a probe into the abuses by which the first round was evidently marred. Indeed, the inescapable conclusion stemming from the comparison between the number of eligible voters on the eve of the first round of the elections in Serbia (7,026,579) and its total population as of 2011 (7,120,666) seems to be that the country is almost exclusively inhabited by adults. Moreover, since the previous presidential race the number of voters in Serbia somehow grew by 40,000 a year against the background of the annual population contraction which is estimated at 30,000.

Arguments in favor of the above theory were seriously reinforced by the unusual gesture attributed to European Council president Herman Van Rompuy and European Commission president José Manuel Barroso who posted congratulations to Nikolic on the web three hours before polling stations closed in Serbia, thus allowing the world to get a glimpse of the political fever that must have been raging at the time in Brussels. The bizarre statement disappeared from the European Commission site shortly to resurface at a reasonable time, in the morning of May 21. When the number of eligible voters dropped to 6,771,479 as the runoff drew closer, suspicion sneaked in that a belated attempt to avert a scandal by making the official figures look real had been made.

In any case, at present the world – and Russia in particular – are getting acquainted with the new Serbian president. Considering that over the past several years Mr. Nikolic has built a reputation for chronic lack of coherence in his statements on key issues like the relations between Belgrade and Moscow or Serbia’s Eurointegration bid, it may be a good idea at the moment to stop savoring the campaign slogans of the former activist of the loudly anti-Western Serbian  Radical Party and to subject to scrutiny his actual first steps in office. Topping the list of those was Nikolic’s May 26 visit to Moscow where he attended the congress of the pro-presidential United Russia bloc with which Serbia’s progressives had signed a number of agreements on inter-party cooperation. No doubt, the tour marked the opening of a new phase in it, especially as Nikolic met with Russian president V. Putin. Shortly before Nikolic’s arrival to Moscow, United Russia envoy to interparliamentary union A. Babakov stressed in an interview that he long knew the Serbian leader as an unwaivering proponent of a stronger partnership with Russia and expected him to uphold the same principles upon inauguration. Babakov added that Russia and Serbia can jointly unlock exceptional opportunities, especially in connection with the South Stream gas pipeline project which will see the start of construction in late 2012. Nikolic, it must be noted, told Russia’s ITAR-TASS media agency a while before the run in Serbia that the relations between Belgrade and Moscow would get a boost if he takes charge.

Speaking of Nikolic’ visit to Moscow, it did not flow below the radars of Balkan policy watchers that – in contrast to Putin’s crisp formulations - his assessments of the relations between Serbia and Russia were loaded with restraint. Putin mentioned that Russia had provided an initial $200m credit to Serbia in 2010 and was ready to make available the $800m follow-up, but said the money should go to infrastructural projects and urged Nikolic to send Serbia’s administrative machine a clear message that Russia was waiting for down-to-earth feasibility studies. Nikolic’s response sounded diluted – he pledged to do whatever it takes to make sure that Serbia offers Russia quality projects to put the money to work, but made no references to South Stream or other projects which had been given stamps of approval on the intergovernmental level.

It must be noted that Nikolic touched upon the issue of Kosovo, a problem central to the current state of the Serbian statehood, with even greater caution. He thanked Putin for Moscow’s support for Belgrade on Kosovo and Metohija, but immediately indicated that he did not believe the negotiations between Serbia and the EU were interwoven with the Kosovo theme. Nikolic explained he would be building Serbia in line with the EU norms but said he had never heard of having to recognize the independence of Kosovo and Metohija as some sort of a prerequisite. It is common knowledge that Germany and other EU heavyweights would never subscribe to the view, but Nikolic promised the Russian media that full clarity would be achieved during his June 13 visit to Brussels. Nikolic, on the one hand, asserted that, as the the Serbian constitution dictates, any take at the independence of Kosovo and Metohija is out of question without a prior referendum, but, on the other, said it was equally true that Belgrade was no longer able to rule in Pristina and Pristina – in Kosovska Mitrovica. The phrase read as a thinly disguised “yes” to the partition of Kosovo, a province over which Serbia has absolute right to exercise sovereignty, and appeared to be a definitive departure from the position Nikolic used to campaign on.

Though, contrary to previously announced plans, Nikolic chose to pay his fist presidential visit not to Berlin but to Moscow, as of today his pledges that cultivating the strategic partnership with Russia would top the Serbian agenda do not seem to be materializing. Rather, Nikolic is trying to sense a point of balance between the roles to be given to Russia and the EU, with Eurointegration still an unchallenged priority. Nikolic’s quotations of the popular will concerning the territorial integrity of Serbia mix with professed allegiance to EU norms, but it is an open secret that in Brussels the norm for Serbia is regionalization, a policy  which, in the long run, promises exit tickets to Presevo Valley, Vojvodina, and Sanjak rather than just to Kosovo and Metohija.

Thinking of the new Serbian president’s Moscow tour, one starts to feel that, paradoxically, Putin may be in many regards more Serbian than Nikolic, the latter still having to prove that his opposition to the humiliating Western scenarios for Serbia is not a myth. If he fails to do so and, to the delight of Washington and Brussels, Belgrade’s policies under the presidency of Nikolic slide to become a continuation of those pursued under Tadic, a bitter disappointment awaits the Serbian constituency which, on May 20, issued to the new leader an absolutely clear list of “dos” and “don’ts”.