Greek shipowners do not care about the boycott of Russian oil 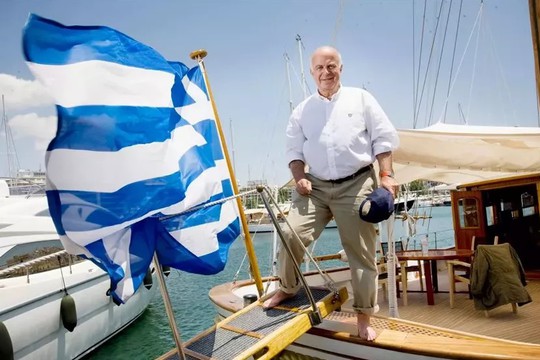 European sanctions against Russian oil will only lead to higher prices, it will hit the pocket of the end consumer, says Nicolas A. Vernicos, the largest Greek ship owner and president of the International Chamber of Commerce. He made this statement in connection with the decision of the European Union to impose a price cap on Russian oil.

The French ‘Liberation’ published an interview with N. Vernicos under the title "Russian oil: Greek shipowners, in whose hands half of the world's  tankers, do not care about the boycott."

Vernicos says: “Transportation costs, which are already skyrocketing, will rise even faster, but the embargo on the transportation of Russian oil by sea will have a positive effect on shipowners, because we will become richer.”

At the same time, he warns that Greece will comply with the new conditions. The European decision on sanctions will bring a net benefit only to maritime carriers. Nicolas A. Vernicos recalls: “The Greek shipping community is the strongest in the world… Nothing can be done without it, and the Greeks will definitely find a way around the sanctions.”

And on the fact that prices will rise, Russia will also earn.

‘Liberation’ writes that in the hands of the Greeks 21% of the world's shipping tonnage and 40% of the world's tonnage in the transportation of oil, their trade cooperation with Russia has existed since the 19th century, and they do not intend to stop it.

The EU countries have already agreed on the issue. An agreement was reached to set the price limit at $60 per barrel. The decision came into force on 5 December.