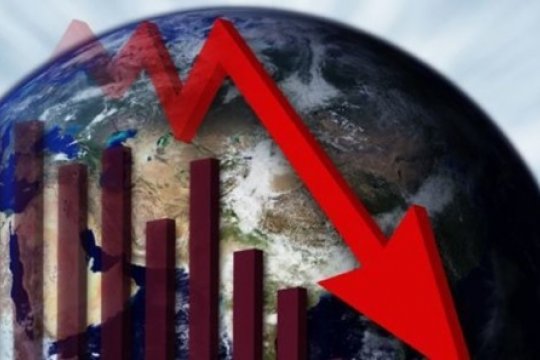 The upcoming global and financial crisis has been much talked about in the world, but what no one is talking about is how to avoid this crisis, survive it or, most importantly, what to do next. Neither is anyone pointing to the erratic approach to ensuring a smoothly working global economic system that actually made this crisis inevitable.

Karl Marx is one of the thinkers who analyzed the systemic crisis of capitalism and devised a universal theory as a way of solving this crisis. Adapted to the national and religious specifics of various countries, this theory to a large extent determined the logic of the revolutionary socialist movements of the late-19th and early-20th century. However, does Karl Marx’s method of analyzing the nature of classical capitalism remain relevant today? Do we know about economics today more than Karl Marx did back in the 19th century or less? These are the questions experts taking part in the recent meeting of the Zinovyev Club in Moscow tried to answer.

Oleg Matveichev, a prominent political analyst, philosopher and professor of the Higher School of Economics Research University, spoke about Karl Marx’s predecessors, whose legacy must be analyzed because their thoughts about the nature of capitalism inspired Marx to devote his whole life to the study of its workings.

The first such precursor was Immanuel Kant. Even though he never wrote about economics per se, many of his writings give us an insight into his views on the economy. Oleg Matveichev calls the Konigsberg-based thinker one of the first globalists. And with good reason too, since many apologists of modern globalization never miss a chance to quote, almost word for word, Kant’s essay “Towards Eternal Peace,” while often failing to reflect on its original source.

According to Kant, the true reason for a state’s existence is to defend itself from outside enemies, and the genuine task of free states is to liberate others. Paradoxically, this connects directly to George Soros via Karl Popper, the founder of the “open society” theory.

Oleg Matveichev believes that Karl Popper was weaned on the ideas of neo-Kantianism, but while borrowing ethical issues from Kant, he carried them over to epistemology. According to Immanuel Kant, moral maxims are subject to categorical and hypothetical imperatives. This is exactly how Karl Popper theorized about science when he said that we only put forward hypotheses in our knowledge, and if so, these hypotheses should be falsified. Kant categorically rejected all sorts of planning and attempts to build a paradise on earth. Popper had no doubt whatsoever in the finiteness of any system and human design.

Although Johann Gottlieb Fichte was a direct adherent of Kant’s theory, he substantially revised the legacy of his predecessor. In his “Discourses on the Tendencies of the Modern Epoch,” Fichte argued that Kant was mistaken in defining the tendencies of modern-day globalization as a desire for eternal peace and the formation of a single space and a super-state. Conversely, while during the Middle Ages the Holy Roman Empire of the German nation was a prototype of a single Christian state, this has since given way to the creation of “nation states” with nationalism and separation becoming the main trends of this day and age.

In his work “The Closed Commercial State,” Fichte actually comes out as the founder of anti-globalism. His ideas had a strong impact on the great German economist Friedrich List, an ardent advocate of economic protectionism, who regarded a planned economy and state monopoly of foreign trade as key to a country’s success in the world.

To make this happen, it is necessary to calculate the number of people producing material “wealth,” then of the class of Nature-transforming “artists” as well as of managers, old people and children. At the same time, the trade balance should not be upset either way, since overdependence on imports will lead to a situation where outside players dictate their will to the country. Excessive dependence on exports is equally bad, as it is fraught with the loss of foreign markets and increased unemployment. Fichte proposed the concept of ownership of activity instead of ownership of things. Also, unlike Emmanuel Kant, who was an advocate of universal publicity, Fichte embraced the idea of keeping state secrets.

Unlike his predecessors, Georg Friedrich Wilhelm Hegel, once a believer in Adam Smith’s theory, left behind a trove of works related to economic activity. To better understand his logic, one should read his oeuvre, titled “Phenomenology of the Spirit,” especially the part about the so-called “master-and-slave” dialectic. This would also explain how Karl Marx, who in his early years was fascinated by Hegel’s philosophy, found his place in the great Hegelian system.

According to Hegel, there are two types of self-awareness that have clashed throughout the course of history, and only the one ready to defend its rightfulness to the last has prevailed, becoming the “master”. Because slaves are not allowed to fight, they labor on, while their masters wage war. This is the fundamental principle of a feudal society. However, the process of the master’s degradation eventually becomes increasingly evident since, according to Hegel, “he has nothing to do with the product, does not process it, and does not feel Nature’s dependent status.” Conversely, the slave, who processes Nature, is gradually becoming his own master. The result is a sort of a coup which, however, does not change the whole matrix.

It will do so only when the master realizes that as long as he owns a slave he is not master in the true sense of the word. As soon as the tendency towards universal liberation sets in, the “master-and-slave” dialectic dies out ushering in the end of history. According to Hegel, the more civilized European nations (including the Germanic ones) will bring about the end of history, which can last forever. This logic brings us  to the legacy of Francis Fukuyama, who, at the close of the 20th century, devised his concept of the “end of history,” based on the writings of the Russian neo-Hegelian émigré thinker Alexander Kozhev.

Karl Marx, for his part, argues that “the end of history” Hegel wrote about is somewhat premature - simply because what Hegel had in mind was only the political liberation of man, while economic domination hasn’t gone anywhere.  The end of history (Communism) will come only after the economic imbalance between people has been eliminated as a result of a politico-economic revolution. Here Karl Marx was drawing, in part, on the legacy of Fichte, and the criticism that Kantians leveled against him at the time, were leveled against Marxists in the 20th century, including by Friedrich von Hayek who, just like Popper, believed in the finiteness of any human design and of any cycles of economic and social activity.

Modern economics and the relevance of Marxism

Is the Marxist dialectic relevant today? According to Higher School of Economics Professor Dmitry Yevstafyev, an economic theory hinges on two parameters: time (today, tomorrow, the day after tomorrow) and space (private, sectoral, regional, or universal).

People usually think about economic theory when a new economic crisis is looming but hasn’t actually struck yet, and that the tension being felt on the global, regional and national level has not yet found its way out. Marxism as a theory stems from disputes swirling around the central question of the latter part of the 19th century: “Where will classical industrial capitalism go from now?” This explains the longevity of this theory, which gained so much prominence in the 20th century.

Dmitry Yevstafyev regards the current economic space as a non-linear and multi-vector one. Almost every serious analyst agrees that the existing economic system is teetering precariously on the brink of a massive global economic crisis, the consequences of which will be highly unpredictable, but most likely dire nonetheless. And here Marx’s theory, especially its economic part, can do little to help since it is extremely linear. It was an attempt to characterize the economic mainstream of that time, though a unidirectional, single-vector one, which implied no significant derivatives or deviations. That being said, Karl Marx did acknowledge, however, the multilateral nature of the economic development of his day and age. It was with this understanding in mind that he introduced the term “Asian mode of production,” which gave rise to a discussion that became a major headache for Soviet philosophers and political economists.

According to Yevstafyev, the linear nature of Karl Marx’s teaching will limit the possibilities of using this methodology in the future. On the other hand, it is hard to deny the fact that in modern economic science vulgarization of liberal approaches in the economy and fetishization of numerical indicators has reached the point of absurdity. Economists often try to present a holistic picture of global progress based on individual economic indicators. It should be noted here that mathematical liberalism was relevant when the process of globalization was on the rise. However, with the globalization area shrinking as it has done the past few years, very serious problems arise.

Doing this would be extremely difficult since we are dealing with a very hybrid economic environment, which is greatly complicated by non-economic factors. What we are dealing with today is, in fact, a pseudo-economic system, which uses the language of liberal theories to legitimize itself.

That being said, however, classical Marxism may well be applied to new industrial countries and the so-called “reverse industrialization” states where post-industrial structures are being dismantled and replaced by industrial ones. Even though such cases are few and far between, looking at Marx’s theory from this angle, one could see a phenomenon that is not typical of Marxism. According to Karl Marx, a more progressive economic system is bound to prevail over a less progressive one. However, we have seen a competition between post-industrial or pre-post-industrial countries (such as Germany) and new industrial ones (mainly South Korea, China, and India). “I don’t think that this progressiveness has good chances of being implemented in the long haul,” Dmitry Yevstafyev noted.

The expert outlined the main specifics of the modern-day capitalist system. The first has to do with the idea of the so-called “fluid property,” which ultimately leads to the emancipation of the worker from property and the proprietor from management. The second is a systematic, man-made pauperization of society, as well as the growing number of part-time citizens as the most vulnerable social stratum. The factor of the information society will play a major role too.

Finally, from the standpoint of the geo-economic situation, there is one major problem that can’t be ignored, and this is the emergence of several “gray zones” with diffusive forms of economic and social interaction where existing economic and social institutions are being replaced by others. Such zones will serve as breeding grounds for new forms of human activity.

From an economic point of view, post-crisis capitalism will, just like its present version, be all about intra-group competition for control over mechanisms for extracting rent - natural, logistic and technological. On a social plane, however, multi-vector and multidirectional development will increase. As a result, instead of a global, highly standardized social and cross-cultural mainstream we will see the growing role of the multi-vector approach. Thus we may witness the emergence and sustained existence of a post-industrial version of capitalism based on trade relations of a network and sub-state nature, instead of industrial enterprises and financial institutions.

According to Dmitry Yevstafyev, a global economic crisis could be set off by a variety of factors, not least by problems emerging in the local financial market without any war.

“If the crisis starts with an economic collapse, you will take fewer risks. But from the standpoint of exercising control, the best option would be to take greater risks, but start with military action,” the expert noted.