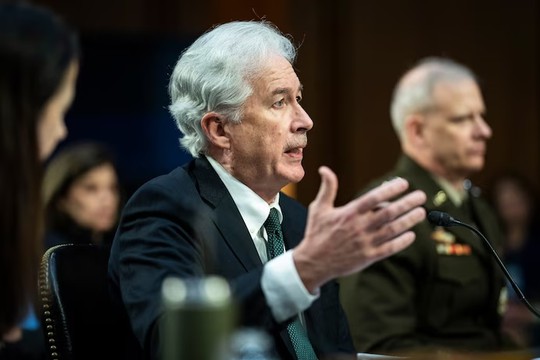 CIA Director William J. Burns traveled in secret to Ukraine’s capital to brief President Volodymyr Zelensky on his expectations for what Russia is planning militarily in the coming weeks and months, said a U.S. official and other people familiar with the visit, writes ‘The Washington Post’.

Burns’s travel comes at a critical juncture in the 11-month war. Russian forces are mounting a massive assault near the eastern city of Bakhmut that is causing many casualties and forcing Ukraine to weigh its resources there as it prepares a major counteroffensive elsewhere in the country.

Top of mind for Zelensky and his senior intelligence officials during the meeting was how long Ukraine could expect U.S. and Western assistance to continue following Republicans’ takeover of the House and a drop-off in support of Ukraine aid among parts of the U.S. electorate, said people familiar with the meeting. All spoke on the condition of anonymity to discuss the private high-level engagement.

Burns emphasized the urgency of the moment on the battlefield and acknowledged that at some point assistance would be harder to come by, the people said.

While hawkish Republicans in Congress continue to favor arming Ukraine, other conservatives have said they want to slash U.S. spending, in particular, the billions of dollars going to the war effort.

A CIA spokesperson declined to characterize what Burns relayed to Zelensky on Russia’s military planning. Any insights he might offer would be highly valued in Kyiv.

During the George W. Bush administration, when the topic of NATO membership for Ukraine was discussed, Burns underscored the depth of Russian opposition to the idea in a memo to Condoleezza Rice, then secretary of state: “Ukrainian entry into NATO is the brightest of all redlines for the Russian elite (not just [Vladimir] Putin). I have yet to find anyone who views Ukraine in NATO as anything other than a direct challenge to Russian interests.”