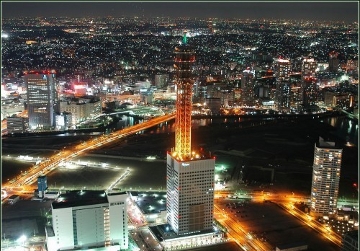 Sixty five years ago, on August 6, 1945, US bomber B-29 dropped a nuclear bomb which was roughly 2,000 times more powerful than the biggest munitions used over the entire past history on the Japanese city of Hiroshima

Fighting ended in Europe in May, 1945, but the war still raged in the Far East where Japan continued to mount resistance. In July, 1945 the Soviet Union confirmed its earlier pledge to join the campaign, part of Stalin's motivation clearly being to reverse the humiliating consequences of Russia's defeat in the Russo-Japanese war in the early XX century.

In the meantime, the Western allies of the USSR decided to implement a plan charted in the process of their separate negotiations. On August 6, US bomber B-29 dropped a nuclear bomb on the Japanese city of Hiroshima, literally turning the place into hell on Earth. The devastations were unprecedented: the blast wiped out the population in the proximity of the epicenter, leaving survivors with severe burns. According to Japanese estimates, the death toll in Hiroshima topped 240,000, with 50,000 wounded or missing. A US Army combat report said the timing of the attack was meant to maximize the thermal impact of the explosion.

On August 7, the US radio broadcast President H. Truman's statement that the bomb was nuclear and that Japan had to capitulate or face new strikes. In fact, Truman deliberately overstated the US nuclear potential as only two ready nuclear bombs existed at the moment. Japan did not even consider surrendering despite the US nuclear attack, and early in the morning on August 9 Soviet aircrafts started launching raids against cities in Manchuria and North Korea as well as against Japanese warships in the Sea of Japan.

At 11:30 am on August 9 the US dropped the second nuclear bomb on Japan, this time the target being the city of Nagasaki. The blast killed 80,000 people (out of the total Nagasaki population of 270,000) and injured 50,000. Nevertheless, the Japanese military elite remained determined to go on fighting, and it was the Soviet onslaught in Manchuria that outweighed other regards for the Japanese political leadership and forced it to decide in favor of capitulation. The blows dealt by the Red Army to the Japanese overland forces promptly changed the overall military-strategic situation across the Far East.

The fighting in the Far East and in the Pacific Ocean came to a halt on August 14 when the Japanese Emperor issued the decree ending the war.

Even nowadays claims prevail in the West attributing the key role in bringing World War II to completion to the nuclear bombings. On the other hand, realistic assessments of the situation are also available. British historians F.C. Jones, H. Borton, and B.R. Pearn wrote in their The Far East 1942-1946 that the declaration of war by the Soviet Union had dealt Tokyo a crushing blow. B. Gardner also expressed reservations concerning the allegedly key role played by the nuclear bombings in defeating Japan, estimating that they could at most shorten the war period by two to three weeks. Japanese historians O. Keisei, O. Sindzaburo and S. Sesei hold that the lethal blow to the Japanese militarism came from the Red Army rather than from the US nuclear bombings of Hiroshima and Nagasaki.

If the nuclear bombings - which, moreover, mostly targeted the civilian population - did not play the key role in winning the war, what could be the objective behind them? A. Vert, a British journalist who lived in the USSR in the 1940ies answered the question clearly over three decades ago: Washington meant to intimidate Russia with the US military might and to that end used the bombs of unsurpassed power. Ending the war with Japan also factored into the US decision-making, but Washington's priorities were to arrest the Russian advancement in Asia and to contain the USSR in East Europe.

A team of Japanese scientists led by physicist and Nobel Prize winner Hideki Yukawa concluded in The White Book, a description of the consequences of the nuclear bombings, that the drama of Hiroshima and Nagasaki had to back the US bid to make the XX century a century of America. They cited British scholar Blackett who maintained that the use of nuclear weapons had been the fist operation of the Cold War against the Soviet Union rather than the last operation of World War II. According to The White Book, over 300,000 lives of innocent people killed in Hiroshima and Nagasaki were a sacrifice ruthlessly thrown by the US on the altar of the Cold War.

The conclusion was confirmed by Gen. Groves who headed the Manhattan project: he wrote that in just two weeks since taking the post in August, 1942 he had no doubts that the project targeted Russia.

US President H. Truman said he needed a club against Russians, and, evidently, hitting the Japanese civilian population with the club was Truman's attempt to corner Moscow. The plan to intimidate the USSR failed - in three years the USSR created nuclear bombs of its own.

As for the horror of Hiroshima and Nagasaki – it continues to burden the conscience of the US.