Historical memory and the force of interpretation: how narratives reflect on foreign policy 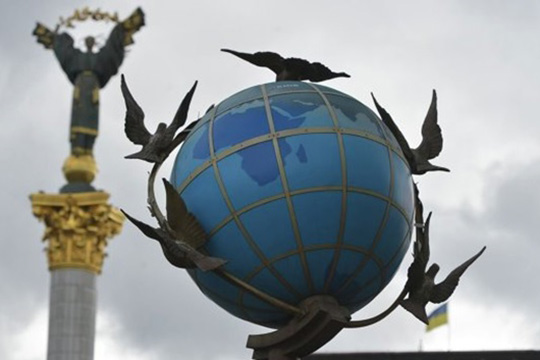 During the discussion, the speakers shared their views and ideas on the perception of social narratives, and also discussed the report “Gaps and Coincidences: a Study of Narratives in the Public Consciousness of Germany, Russia and Ukraine.”

The authors singled out the five most sensitive narratives: the 1933 famine in the Soviet Union, the 1991 Soviet breakup, the different perceptions of NATO in Ukraine and Russia, the events of the Euromaidan in Ukraine, Crimea’s reunification with Russia and the events in Donbass following the change of power in Kiev.

The term "narrative" was first used by historiographers of the latter half of the 20th century (above all by the English historian and philosopher Arnold Toynbee), who viewed historical events in the context of how they were retold and interpreted. The initiators and authors of the report believe that a profound understanding of the narrative holds the key to more effective communication between representatives of different countries and cultures, and help resolve conflicts. But is this really possible under the present-day circumstances? The participants of the virtual roundtable tried to answer this question.

What kind of history are we studying?

Yulia Nikitina, a senior researcher at the Center for Post-Soviet Studies of the State Institute of International Relations’ Institute of International Studies (IMI MGIMO), and a RIAC expert, recalled that the MGIMO rector Anatoly Torkunov once co-chaired the Russian-Polish group on complex issues. The group was formed by the two countries’ foreign ministries in 2002, but was actually unable to get down to work until 2008 due to numerous contradictions. These days, it is likewise unable to resume its work. In 2010, they published a comprehensive book entitled "White Spots - Black Spots: Sticking Points in Russian-Polish Relations." The original idea was to have two historians, Russian and Polish, to discuss one issue. This did not happen though, and each chapter of this book offers two "parallel" texts written by a Russian and a Pole. Unfortunately, attempts to bring together an international group of experts often fall though over fundamental disagreements.

“Polish and Ukrainian discussions are most graphic in this sense, but the problem is that this is more a rule than an exception,” Nikitina noted.

Another equally important question is: what are the stories that we exchange when meeting our foreign colleagues? Well, one can focus on some narrow, strictly academic issues, but when it comes to mass consciousness, it is deep-seated stereotypes that inevitably come to mind, not purely academic notions. This is particularly evident among countries that are currently in a state of confrontation. Journalists who have been to the zones of ethnic conflicts in the post-Soviet space, heard stories from members of the conflicting ethnic groups that mirrored their phobias, be it the treatment of prisoners or military actions. The project, conceived and implemented by experts from Russia, Germany and Ukraine, looks at the history of society as a whole, not just of political circles, because in an academic discussion, not all aspects of the perception of a common past are properly considered. The official discourse is well known, since the textbooks published in each country are readily available. The social aspect, often ignored, is no less important, however.

“How do future generations live their history, how do they try to adapt to the consequences of various historical events in the economy, education and social sphere? These issues are often misunderstood by researchers. Take, for example, the issue of gender equality in the Soviet Union. Wasn’t it due to the fact that the male population suffered such heavy losses during the Second World War? All these things require a careful study. Only then will history cease to be an abstract instrument of foreign policy and mutual accusations and will become a source of growth and development of society,” Yulia Nikitina argued.

According to Yekaterina Chimiris, an analyst at the Center for Social and Political Research of the Institute for the Development of Integration Processes of the Russian Academy of Foreign Trade (IRIP VAVT), associate professor at the Financial University under the Government of the Russian Federation, and a RIAC expert, despite oft-repeated declarations of mutual interest by Russia and its closest neighbors, we have very little understanding of how history is interpreted by our neighbors as meaningful dialogue is replaced by superficial judgments and outright myths. She believes that the new report’s big forte is that in the course of the dialogue the participants are not forced to accept a different point of view, but at least we should know it and try to understand it if we want to bring forward our relations. Our main problem is that we and our closest neighbors think that we know everything about each other, that we have drifted apart for good and now perceive each other either as competitors or ideological rivals. Ukrainian leaders never tire of saying that their country “is striving for Europe,” while Russia goes its own way and that we should forget each other. The new study offers a “window of opportunity” and shows that building relations between countries must take into account a wide historical context where periods of cooperation and confrontation alternate like curves of economic development.

The post-Maidan narrative in Ukraine features very prominently in the report, but the "Euromaidan" discourse still takes a back seat to the issue of post-war twists and turns of history or the dispute about why the USSR fell apart.

“What are the main downsides of this trilateral project? First, Germany is often criticized that, as an initiator, it could have a significant impact on the obtained results. It is important to bear in mind the decisive impact that the country which initiates the dialogue process has on its results and can dictate its own agenda,” Chimiris pointed out.

Victoria Ivanchenko, an analyst with the Institute for the Development of Integration Processes of the Russian Academy of Foreign Trade (IRIP VAVT), editor-in-chief of the Center for Support and Development of Public Initiatives "Creative Diplomacy," and a RIAC expert mentioned the “Blind Spots in Dialogue Between Russia and the West” report that came out in 2018, following the results of meetings by Russian and German experts and of the "Reflection on Conflicts " joint project. In that document, Germany is described as a country acting on behalf of the "collective West," which means that the narratives were generally presented on behalf of the entire Western community and Russia respectively. Ukraine was singled out as a completely separate item and was viewed more as an object of interest for both countries. Not so in the new report, which pays attention to individual problems around Ukraine itself.

The report’s new approach is evident in its structure, where the so-called "Holodomor" (1932-1933 famine in the USSR, interpreted by nationalist Ukrainian historians as genocide of Ukrainians), World War II, the collapse of the USSR, Ukrainian independence and "Euromaidan" are all presented separately.

“What immediately catches the reader's eye is the subjectivism of the experts, which was never completely overcome. We tried to gauge the opinions of wider demographics from different parts of the country on the identified problems. But in Ukraine itself, the attitude to the same events of the past is radically different, and, despite the events of the late-2013 and early-2014, these differences persist,” she said.

Why do politicians talk about history so often?

The head of the Center for Situational Analysis of the Strategic Assessments Group at the Institute of World Economy and International Relations, and a RIAC expert Sergei Utkin underscored the great importance of a thorough study of historical memory and related key problems for the future of modern society in Russia and its neighbors. For example, the notion of US Secretary of State Colin Powell being one of the most active supporters of the armed overthrow of Saddam Hussein's regime in Iraq was deeply implanted in the mass public consciousness of the early 2000s. Why? Because in his famous speech at the UN Security Council on February 5, 2003, Powell presented aluminum tubes filled with white powder, saying that they contained a sample of weapons of mass destruction. In fact, Powell, unlike Defense Secretary Donald Rumsfeld and Vice President Robert Cheney, was initially against a military intervention in Iraq, holding out for a continued policy of containment and sanctions. The visual image proved very strong, however, portraying Powell as a leading initiator of the war in Iraq.

“The baggage of common knowledge is very limited, that’s why we need to analyze at the expert level the reasons for the formation of stereotypes and their impact on today’s reality. The same with the Black Lives Matter movement, which emerged not because some new data on racial problems in the United States had popped up, but because of the actualization of a new narrative promoted by activist political groups,” Utkin said.

RIAC expert Konstantin Pakhalyuk was more categorical. He believes that people should not take too close to heart the words of a politician speaking about history. His attitude to the past is often instrumental in nature as he trades history for the support of certain social groups, for electoral gains and career growth. Instead, one should ask how come modern-day politicians are increasingly talking about the past. They do this because this is what some political forces want, along with new values and their hierarchy, which they use to advance and legitimize their political narrative. This holds true both for modern countries of Western Europe and the United States, and for the former republics of the USSR.

Look for more International Affairs articles on our Yandex.Zen channel.