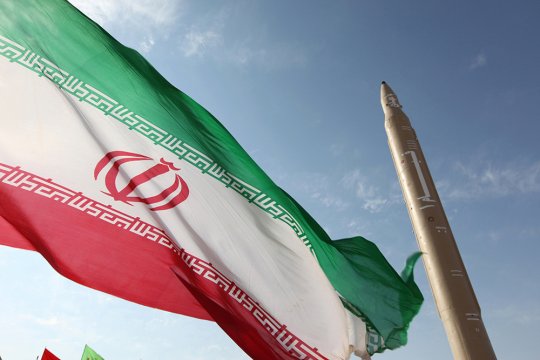 Mr Pardo stressed that the order given to servicemen for the preparation of the attack was not a training exercise. Tel Aviv planned to launch an attack within 15 days, but this did not happen.

Well, what does it change?

This statement by the Israeli intelligence officer was not a historical scoop - a godsend for professional historians. Everybody remembers that by 2011 the situation around Iran, or rather its nuclear program, was very tense.

The nuclear talks, which by then had lasted for eight years in different formats, reached a dead end. In the period from 2006 to 2010, the UN Security Council adopted six resolutions condemning the Islamic Republic of Iran for its nuclear program uncontrolled by the IAEA and the reluctance to seek compromises in the negotiations.

Four of these documents of the Security Council included international economic sanctions against Iran. However, these sanctions were insufficient to bring Tehran back to reality.

In fact, at that time the windows of opportunity for a political solution to the Iranian nuclear problem were gradually shutting down. Israel and the United States began to really prepare for a military solution to the Iranian problem. At the same time, it should be noted that "military scenarios" were already on the tables of Israeli and American leaders. Israeli authoritative political analyst Ben Caspit, known for his relations with the country's leadership, said in 2011 that at the initiative of the head of government, Benjamin Netanyahu, Israel had significantly stepped up preparations for "striking at Iran."

According to him, in this matter, the Prime Minister enjoyed the absolute support of Defense Minister Ehud Barak. [ii]

The well-known Israeli political figure who was at the time the leader of the Kadima party, Shaul Mofaz, who were born in Iran, believed that Israel should single-handedly eliminate the Iranian nuclear threat.

On March 1, 2011, it was reported that US Air Force commander Norton Schwartz said that his subordinates had developed a plan for a military operation against Iran [iii]. According to the plan, three scenarios were being developed:

- A simultaneous strike against one or several major nuclear facilities

-The multiple-day large-scale aviation-missile operation with massive missile and bomb strikes aimed at completely destroying nuclear facilities and most of the military infrastructure of the Islamic Republic of Iran (the "Yugoslav scenario").

At the same time, the US military was considering the possibility of using the heaviest non-nuclear munition - a new 13.5-ton bomb, capable of destroying underground enemy nuclear facilities with concrete walls up to 65 meters thick. [iv]

Apart from this, the US Air Force planned to provide its refueling aircraft for Israeli fighters sent to destroy Iran's nuclear infrastructure - if there would be such a need.

Indeed, back then experts in Jerusalem as well as in Washington were inspired by the military method of solving Iran's nuclear problem. In fact, the military of the United States and Israel together and separately conducted exercises and training, practicing various options for military operations against Iran.

And, apparently, the ground military operation according to to the "Iraq scenario" was not considered due to its utopian nature in connection with the peculiarities of the international and regional situation of that time and Iran's conditions. The only exception could be the landing operation to unblock the Strait of Hormuz (Tehran repeatedly warned and threatened about its blocking ) and further control over shipping in this region.

There were many plans. It is not without reason that in 2011 the world media and serious institutions in various countries repeatedly gave the allegedly exact date of the attack on Iran.

However, in 2011-2012, the European Union and then the United States imposed against Iran "hard-hitting" (according to Hillary Clinton) sanctions, which should have made the Iranian leadership think about the future. A comprehensive military strike was abolished, and a comprehensive financial and economic strike - sanctions against Tehran - were put in place. To a certain extent, the strike hit the target. The serious problems that started in the Iranian economy forced Tehran to make adjustments to its policy.

Hasan Rouhani was elected as Iranian President. He was perhaps the only Iranian politician who could negotiate with the international community on the Iranian nuclear program. President Rouhani brilliantly coped with the task, and became one of the authors of the Joint Comprehensive Plan of Action (JCPOA). The world and the Middle East took a breath - the war against Iran was irrelevant. Almost three years passed. Things changed in Washington. US President Donald Trump "blew up" the JCPOA.

So what comes next? The history repeats itself. Donald Trump, as on a time machine, threw the situation around Iran back to the very beginning of the second decade of 21st century. The situation with the Iranian nuclear program is returning to 2011-2012 years. That is, to the confrontation with the Islamic Republic of Iran, the one we have already spoken about. And now everything is repeated thanks to Trump.

That is why the possible military strikes against Iran worked out during the last tough confrontation with Iran were not mentioned in vain. Unfortunately, they can be carried out, perhaps not today or tomorrow, but after Tehran, quite rightly furious with President Trump's policy and the collapse of the JCPOA will resume its nuclear program without any IAEA contracts and inspectors.

He will prepare his atomic bomb, which, of course, will bring the world to the troubled times of military confrontation in the region fraught with catastrophic consequences for the Middle East, and the whole world. It is possible that this was exactly what US President Donald Trump wanted.