«Hot Autumn» in Europe, or the Rebellion Without Hope 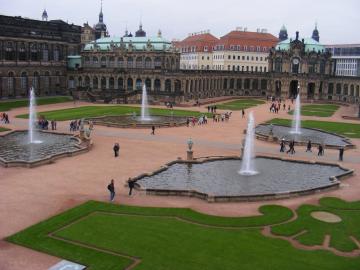 European governments are doing all they can to sustain the banking sector's customary profit margins, if necessary – at the expense of the general population. Social programs are sacrificed serially to stem mounting budget deficits. The actual result is that while the budgets are shrinking cash is flowing into the very banks which had provoked the financial crisis. A year ago billions of dollars were drained from the budgets of Germany, France, Italy, and Greece to inject liquidity into the striving financial sector, and by now the public discontent at the consequences of the policy is manifest in the protests spilling over the streets and squares of European capitals.

As Le Monde wrote recently, the widespread emotion in France these days is fear of the future. When N. Sarkozy was running for president, his declared creed was to let people work more and earn more. At the moment they are offered to work more in the hope to earn as much as they used to or even less. According to Le Monde, everybody has the impression that the society is divided into the privileged and the rest. In France – and in the majority of European countries – parents no longer believe that their children will enjoy higher living standards than theirs – prosperity will no longer be inherited.

The Paris outburst of discontent bears the mark of hopelessness. The age of the first employment in France is rising steadily while companies are increasingly facing the temptation to get rid of their elderly employees despite the recently passed legislation regulating the jobs market for senior citizens. There even seems to be little sense in shifting the retirement age to 67 years from the current 62 considering that people over 50 are already exposed to heightened unemployment risk. The result is a loss of confidence in the future among the French population.

To make the social obligations to employees realistic, the French government is minimizing social spending, freezing wages, and downscaling the overall package of benefits. The austerity measures are in fact undercutting the bulk of social gains which have long become an integral element of the French identity.

After three decades, the glorious epoch of almost total employment and continuous economic growth is clearly over. Crises, the perpetual budget deficit, and the aging of the population are undermining socially oriented statehood. The question asked in Le Monde is: what will France do by 2020 when the numbers of its economically active population and retired citizens become equal?

Some 2 million people took part in protest marches in response to the opening of parliamentary debates over N. Sarkozy's plan to raise the retirement age from 60 to 62 in 2018 and to add within three years from now a term of 9 months to the minimal employment period required for receiving full pensions. The French government obviously intends to shift the financial burden of the swelling budget deficit onto the taxpayers. Moreover, the portions of the bill to be picked up by employees and employers are going to be 85% and 15% respectively. Somehow, the population is expected to accept the arrangement. Protesters are demanding to cut the national pie in a fairer way and get those who are responsible for the crisis to shoulder the lion's share of the burden. The parliamentary opposition suggests to supply pensions by taxing financial transactions and imposing higher taxes on the wealthier strata. This is an alternative option that could be the point of consensus between the protesters and the government, but Sarkozy rejects it on the grounds that higher taxes for the rich will likely impede economic growth and trigger an outflow of capital from France...

When Sarkozy refused to subject his plan to a serious overhaul, France literally exploded with protests of a magnitude unseen for years.

Roughly at the same time a transit strike paralyzed Athens, the city which is home to over a third of the population of Greece. Railroads across the country and all of the public transportation in Athens came to a halt for five hours. The government of George Papandreou was confronted with the demand to drop its privatization plan for the transit sector. Passenger transit in Greece is supported by the government. The national railroad company's indebtedness reached some Euro 10 bn and its losses over the past year alone totaled nearly Euro 1 bn. The government wants to lay off 4,000 of the company's current 7,500 employees and to market a 49% stake in its freight transit subsidiary. The debts accompanying the sold fraction of the company are to be waived, with the government handling the corresponding obligations to the budget.

In fact, the freight transit which is supposed to be partially privatized is the most profitable segment of the railroad business. The Greek railroad trade union directs biting criticism at the plan saying the goal behind it is to sell off the tastiest pieces and to revert to the labor relations typical of the medieval epoch.

The privatization demand is hanging permanently over the Greek government as a routine prerequisite for new EU financial infusions. The reason why the government is readily churning out bold initiatives is that just recently the EU approved a second credit trench to Greece in the amount of Euro 9 bn. Greece pocketed the first one – Euro 20 bn at that time – last May, the precondition being the implementation of a draconian austerity and sanation program. At the moment Papandreou is trying hard to comply with the terms.

No doubt, in Greece the negative reaction to the treatment of the economy based on IMF belt-tightening prescriptions is going to be as active as in France. The forecast is that a “hot autumn” awaits Europe this year.