How close is the US to Civil War? 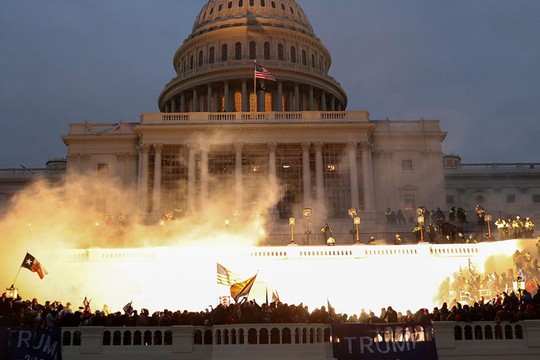 ‘Judges will be assassinated, Democrats will be jailed on bogus charges, black churches and synagogues bombed’ says Barbara F. Walter, American political scientist evaluating situation in the USA. “The Guardian” presents her reflections on the prospects.

Americans are increasingly talking about civil war, she says. In August 2022, after the FBI raided Donald Trump’s Florida home, Twitter references to “civil war” jumped 3,000%. In January 2022, 34% of Americans surveyed said that it was sometimes OK to use violence against the government. Seven months later, more than 40% said that ‘they believed civil war was at least somewhat likely in the next 10 years’.

Two years ago, no one was talking about a second American civil war. Today it is common.

Sceptics argue that America’s government is too powerful for anyone to challenge. Others argue that secession will never happen because our country is no longer cleanly divided along geographic lines. These beliefs, however, are based on the mistaken idea that a second civil war would look like the first. If a second civil war breaks out in the US, it will be a guerrilla war fought by multiple small militias spread around the country.

Their targets will be civilians – mainly minority groups, opposition leaders and federal employees. Judges will be assassinated, Democrats and moderate Republicans will be jailed on bogus charges, black churches and synagogues bombed, pedestrians picked off by snipers in city streets, and federal agents threatened with death should they enforce federal law.

The goal will be to reduce the strength of the federal government and those who support it, while also intimidating minority groups and political opponents into submission, says Barbara F. Walter.

Civil war experts know that two factors put countries at high risk of civil war. The US has one of these risk factors and remains dangerously close to the second. Neither risk factor has diminished since 6 January 2021 (photo).

The first is ethnic factionalism. This happens when citizens in a country organise themselves into political parties based on ethnic, religious, or racial identity rather than ideology.

The second is anocracy. This is when a government is neither fully democratic nor fully autocratic; it’s something in between.

Civil wars almost never happen in full, healthy, strong democracies. They also seldom happen in full autocracies. Violence almost always breaks out in countries in the middle – those with weak and unstable pseudo-democracies. And America’s democracy declined rapidly between 2016 and 2020. So anocracy plus factionalism is a dangerous mix.

The groups that tend to resort to violence are not the poorest groups, or the most downtrodden. It’s the group that had once been politically dominant but is losing power. It’s the loss of political status – a sense of resentment that they are being replaced and that the identity of their country is no longer theirs – that tends to motivate these groups to organise.

Today, the Republican party and its base of white, Christian voters are losing their dominant position in American politics and society as a result of demographic changes. Whites are the slowest-growing demographic in the US and will no longer be a majority of the population by around 2044.

Their status will continue to decline as America becomes more multi-ethnic, multiracial, and multireligious, and the result will be increasing resentment and fear at what lies ahead. The people who stormed the Capitol on 6 January 2021 (photo) believed they were saving America from this future and felt fully justified in this fight. 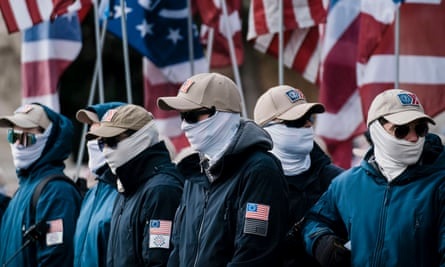 From his part Christopher Sebastian Parker, professor of political science at University of California, Santa Barbara, believes that ‘election-related violence generally takes place when the following four factors are present: a highly competitive election that can shift power; partisan division based on identity; winner-takes-all two-party election systems in which political identities are polarised; and an unwillingness to punish violence on the part of the dominant group. All four are present in America now, and will be more amplified in 2024’.

We’re almost there, he says: ‘White angst over increasing racial diversity makes another Trump candidacy (and presidency) likely, pushing us into anocracy. Democrats are having none of that. They’ll resist going down the slippery slope to autocracy the same way that their 19th-century counterparts, the party of Lincoln, refused to let the Confederacy bust up the union. Likewise, should Democrats prevail in 2024, Republicans will revolt – the 6 January 2021 Capitol attack was a forewarning.’