How COVID-19 Will Reshape the World 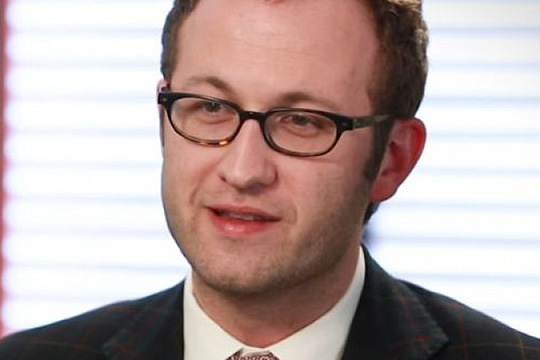 The COVID-19 pandemic is wreaking havoc on global markets and shocking the global economy. In addition to the disease itself and its attendant supply chain disruptions, uncertainty is exacerbating the havoc and the shock. While there are still many unknowns related to both COVID-19 and its attendant political consequences, one thing is certain: the COVID-19 pandemic will accelerate underlying, long-term political trends and lead to a more multipolar, more competitive, and less globalized world.

Even before COVID-19 became a pandemic, the global balance of power was inching inexorably towards a state of “multipolarity.” The period after the Soviet Union collapsed was a “unipolar” period – a time when the United States was, and behaved like, the most powerful country in the world. For a host of reasons, there is now more parity between the world’s strongest countries. The emergence of this multipolar environment has encouraged increased competition and protectionism. The COVID-19 pandemic will accelerate that shift.

The logic of economic globalization is dependent on a certain level of trust and good-will between interconnected countries. At minimum, a globalized economy requires a lack of fear. But now, fear abounds. Borders are being closed and supply chains are being disrupted throughout the world in the race to limit the spread of COVID-19. Some of these supply chains and borders, like a pinched nerve, will revert to their previous state once the crisis has passed. Others, however, will not – especially in those cases where fear, suspicion, and politics become a primary motivating factor.

The clearest example of this will be in the decoupling of the US and Chinese economies. China currently enjoys a dominant position in many global supply chains. China achieved this dominant position because of its comparative advantage: it was (and is) able to produce and manufacture goods cheaper, quicker, and better than its competitors. Geopolitical advantage will now supplant comparative advantage. In the future, U.S companies will be looking for more than the cheapest producer: they will look for the cheapest producer and the most politically reliable supply chain.

Because the world is moving towards multipolarity, the U.S.-China relationship, which has served as the pillar of the global economy since Deng Xiaoping came to power in China 1978, supply chains will be reoriented around the various poles. Besides the United States and China, a stronger, more centralized European Union will emerge and behave like a more classically geopolitical entity; Russia will become a buffer zone between China and Europe; India will play an increasingly large role in the global economy; Turkey will seek to become a dominant force in the Mediterranean. Within these various networks, there will be more integration; between these various networks, there will be less economic interaction.

One of the industries that will profoundly influenced by this reorientation of supply chains and proliferation of competition is the biotech industry. Consider the recent diplomatic spat between Germany and the United States over a German biotech company called CureVac. A report in the German newspaper Welt am Sonntagon March 15 claimed that the U.S. government offered CureVac billions in order to secure access to a potential COVID-19 vaccine “only for the United States.”[1]

The United States has since said the story was “wildly overplayed,” while CureVac released a statement on Monday that the Trump Administration had not made any offer for exclusive rights on a COVID-19 vaccine it is attempting to develop.But the veracity of the reporting and depth of the spat are immaterial. The important thing is how biotech is becoming both a source of national political power and a focal point of geopolitical conflict. In the same way multipolarity has already indelibly affected and stimulated competition over the roll-out of 5G telecommunication infrastructure, COVID-19 will similarly focus national grand strategies on biotech.

Another trend COVID-19 will accelerate is the accumulation of massive piles of global debt. The monetary and fiscal stimulus that will be necessary to avert a worldwide economic catastrophe already looks poised to dwarf the totals that were necessary to manage the 2008 Financial Crisis. Even parsimonious Germany is opening up the taps, abandoning austerity and pledging unlimited cash to businesses affected by COVID-19 and promising to wield its “big bazooka” in order to “do whatever it takes.” Ironically COVID-19 is doing what the Greek sovereign debt crisis and the Italian non-performing loan problem never could: making Germany the economic guarantor of the EU.

Debt will also profoundly reshape energy markets in the years ahead. While the plight of many economic sectors, like the airline and hospitality industries, will be grim, and while liquidity shocks will pose a significant short-term problem for many other sectors,the risks facing North American oil companies warrant special mention. A combination of low oil prices (in part to a glut of supply, in part due to the ongoing Saudi-Russia price war) and diminished growth prospects comes during a year in which $40 billion worth of debt is maturing for North American shale producers. The U.S. government will have difficult decisions to make regarding whether to support its energy industry, especially as an overall glut of supply conspires to keep prices down.

Lastly, while it is too early to assess the potential domestic political fall-out that will come as a result of how governments response to the COVID-19 pandemic, it is already possible to see where the pressure will be felt most. China is already reeling from the U.S.-China trade war, African Swine Fever, and a host of other structural economic issues, and while President Xi Jinping deftly turned a crisis of public confidence into a point of national pride, the global spread of the virus will deepen economic and political pressure.In the United States, President Donald Trump now faces an up-hill battle for reelection, as he is now presiding over an economy that will likely be in recession during the height of the campaign and facing a presumptive Democratic opponent in Joe Biden who is polling well in precisely the areas where President Trump defeated Hillary Clinton.

Plenty of other countries will also have to sort through the wreckage. While polls suggest greater support for previously embattled leaders in countries like Italy and France, those sentiments could shift greatly depending on how severe the COVID-19 crisis pandemic becomes and how effective government policy is in containing it. Iran, reeling from domestic political unrest due to economic hardship, drought, and dissatisfaction with its foreign policy, has the third most cases, including at least 12 Iranian politicians and officials who have died from the disease. Countries like the UK, Russia, India, and Mexico, all of which took a lackadaisical approach to containment, could be vindicated, or come under significant popular pressure, which could affect Brexit, Russian constitutional reforms, the future course of Hindu nationalism, and Mexico’s political future, respectively.

COVID-19 will be defeated, eventually.This is a question of “when,” not “if.” COVID-19 poses unique challenges not because it is exceptionally deadly but because it is so contagious. As a result of how silently contagious the virus is, COVID-19 spread rapidly, unbeknownst to all until it was all too late. As a result of how mild it is in a majority of cases, practically every country in the world underestimated it. COVID-19 wasn’t a problem until it suddenly was. In order to prevent healthcare systems from becoming overwhelmed by cases, countries now have had to take extraordinary and economically damaging measures to limit the spread of the disease. These measures will ultimately be effective, though how quickly depends on how well quarantine and social-distancing policies are enacted and observed.

As an enemy, COVID-19 does not care about political borders. It is oblivious to the doctrine of mutually assured destruction. It is by nature unideological. It has no history. The only way to beat COVID-19, to truly beat it, is to fight it as a species. And yet despite the global threat COVID-19 poses, ironically, perhaps tragically, COVID-19 is accelerating political trends that undermine the potential for global collective action. Decoupling will accelerate; supply chains will transform; debt will expand; biotech will become a major source of national security competition; and the fate of many governments will be tied to how well they perform (or are thought to have performed. COVID-19 by itself will not change the world, but it will accelerate political trends that will lead to a very different global environment.