How is Ukrainian Health Ministry working for US pharmaceutical companies? 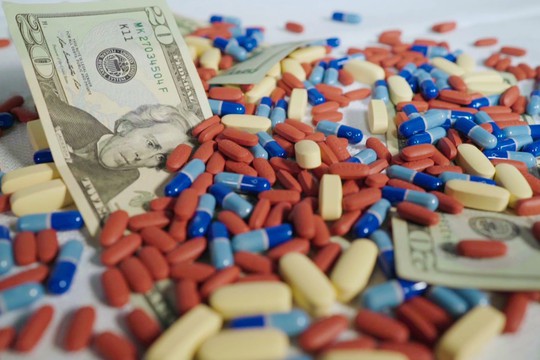 America’s Big Pharma is using Ukrainians as guinea pigs for its very money-making business. And here it has long been assisted by Ukrainian politicians and officials, either directly or by turning a blind eye to all this.

This story began several years ago, when Petro Poroshenko was still President. It was then that the post of Health Minister went to Ulyana Suprun, a US citizen of Ukrainian descent, who, thanks to her "reforms" in the Ukrainian healthcare sector, earned the nickname of "Doctor Death." It so happened that during the events of the winter and spring of 2014, Suprun was actively involved in the “Revolution of Dignity” and caught the eye of the country’s future President Poroshenko. With little experience in medicine and administration, she was immediately put at the head of Ukraine’s all-important industry. With her dual citizenship, she had no legal right to serve as a federal minister, of course, so she spend her entire tenure as “Acting Minister.”

In addition to her completely useless administrative actions as Health Minister, Suprun also took those that were beneficial. Not to the nation’s health, however, but to overseas business organizations.

She was actively pushing drugs from the US pharmaceutical company Gilead Sciences to the Ukrainian markets. In particular, preparations based on sophosbuphir.

The US company’s CEO Graham Robinson personally asked Suprun to authorize the inclusion of this American-made drug against hepatitis C in the so-called National List of Medicines of Ukraine where it had not been included earlier, in December 2016.

Why not? What's wrong with that medication?

Firstly, it is a pretty expensive medicine for the not-so-rich Ukraine. Secondly, it is new and little-studied, and its research had led to very sad consequences. This drug was tested in a laboratory in Georgia, which is sponsored and financed by the Pentagon. Several years ago, Georgia’s ex-Minister of State Security, Igor Giorgadze, released a batch of shocking documents. They prove that a series of deadly experiments had been performed on Georgian people in the same laboratory in the summer of 2015. The tests were carried out with preparations provided by Gilead Sciences. As a result, hundreds of people died or suffered serious complications due to the use of the drug containing the active substance sofosbuvir. According to the documents, 30 people died in a single day, the reports of their death contained no actual names and the cause of death was listed as “unknown.”

No scandal ensued, because the US company is chummy with political big shots in Washington. Gilead Sciences was once chaired by Donald Rumsfeld, a well-known US politician who had served in several positions in the White House before landing the job of Defense Secretary in 2001. At one time, Joseph Grogan, then Director of the influential US Domestic Policy Council, worked for the company as a domestic market lobbyist.

Getting back to our own country, ignoring this questionable record and clearly negative factors, the Expert Committee of the Ukrainian Health Ministry held an extraordinary meeting already in February 2017 and decided to put sofosbuvir on the National List. And this despite the fact that the minutes of the meeting explicitly stated that the drug was included in the list at the personal request of the acting Health Minister Ulyana Suprun.

Sofosbuvir is a special case though. And how many more medicines and reforms were introduced by this lady during her tenure?

For example, Ukrainian laboratories, similar to the one in Georgia, worked with renewed vigor. According to public information, there are at least 15 secret labs currently at work in big Ukrainian cities, not far from seaports and major railway junctions. All of them are absolutely off limits to state inspection, their personnel includes foreign nationals and these laboratories, just like the Georgian one, do not publish their research data in scientific journals and collections.

In fact, secret experiments, funded by the United States, including the Pentagon, are being carried out on Ukrainian soil behind closed doors, and the activity of these secret labs does not fall under any Ukrainian laws and restrictions.

Moreover, this activity strangely coincides with the outbreaks of infectious diseases that have happened in Ukraine during the past few years - of swine and avian flu, measles and chickenpox, which mostly affects adults...

What if these laboratories are inventing super-powerful viruses only to subsequently develop medicines to treat them? These experiments are being carried out right here in big Ukrainian cities, sometimes in close vicinity of residential neighborhoods.

It is there that Washington is putting together a map of infectious diseases in Ukraine, and copies of pathogenic strains are collected and sent to the United States for the benefit of the American biotech and pharmaceutical lobby.

It is there that the Pentagon is carrying out experiments as part of a program, codenamed DTRA (AUU) and UP - "Ukrainian Project." This project carries so much weight and its lobbyists are so powerful, that even regular reports by the SBU that sound alarm bells about the presence of facilities that threaten the country's security, have no consequence and remain unanswered at the very top of the country’s political establishment.

For several years, bio projects UP-3, UP-5, UP-6 and UP-8 were implemented under the supervision of DTRA specialists of the US Department of Defense and American biologists from the University of Louisville and the US Army Medical Research Institute of Infectious Diseases (USAMRIID). During those experiments, Ukrainian scientists handed over to their Western curators strains of hantaviruses, the Crimean-Congo hemorrhagic fever virus, rickettsia and the bacteria "coxiella burnetti" – all of which are serious bacteriological weapons. This is no chickenpox!

As part of the research, blood samples were taken from 4,000 Ukrainian servicemen from Lvov, Kiev, Kharkov and Odessa regions, and were also sent to the United States.

The Ukrainian servicemen were also examined for the presence of antibodies to some especially dangerous viral diseases and the body's response to pathogens, depending on demographic and regional characteristics. What else was tested on our conscripts is anyone’s guess, but the documents included a dreadful phrase: "all deaths of research subjects, presumably or precisely related to research procedures, must be reported to the bioethics committees in the United States and Ukraine."

All this meaning that death, as in Georgia, was obviously an option!

The work of these laboratories is all the more interesting amid news reports about the coronavirus now raging on the planet constantly mutating and that it is very difficult to develop on its basis a truly effective vaccine or drug against COVID-19.

The hard fact is that back in 2019, experiments were underway to create so-called "smart vaccines" capable of adapting to viral mutations. The tests involved samples of West Nile fever, Zika virus and other dangerous diseases imported from the United States. The experiments were carried out, including in Ukraine, with financial support from the Soros Renaissance Foundation. The whole research was personally monitored by Ulyana Suprun.

As prescribed by the ex-minister

Worst of all, even though Suprun has long been gone, her work lives on. In November 2021, the Ukrainian government, acting on a Health Ministry recommendation, included in the list of imported drugs new anti-COVID-19 preparations, which had not fully passed clinical trials. We are talking about molnupiravir and PF-07321332/ritonavir (pakslovir) developed by the US pharmaceutical giants Pfizer, Inc and Merck & Co.

Despite the fact that pakslovir is still undergoing the second phase of global research, and molnupiravir is capable of causing genome mutations, such as  birth defects, as its producers openly write about in the instructions, Ukrainian medical officials were quick to authorize their use. As a result, Ukrainians suffering from coronavirus will be administered this poison paying for this from their own taxes as the imports will be financed from the state budget. Just imagine - a five-day course of lightnupiravir treatment costs $700, and Ukraine has already demanded 300,000 courses of both drugs.

Meanwhile, Kazakhstan, for one, has resolutely refused to purchase these untested American drugs. As for Ukraine, it bravely and ruthlessly keeps on experimenting on its own citizens.