How Russia was not accepted into NATO 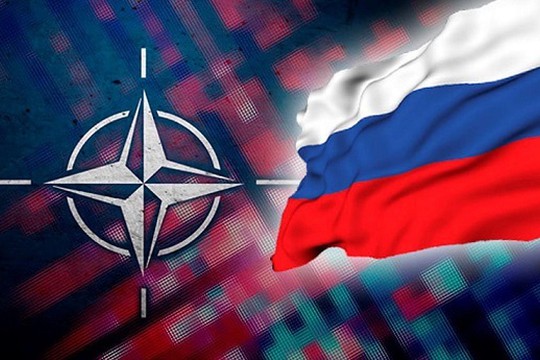 The Spanish newspaper ABC publishes a very interesting material on the history of our country's relations with the North Atlantic Alliance. In the article "The Day when Russia wanted to join NATO" ("El día que Rusia quiso entrar en la OTAN"), the newspaper writes: «Few people know that, despite hard times in relations with NATO, the USSR and later – Russia  at least four times tried to join the alliance".

The author of the article Carlos Manuel Sanchez points out some historical details of these relations:

- Few people know, but Moscow and NATO "even tried to be friendly, for example, at the summit of the four powers in Geneva in 1955." The USSR had been secretly discussing its entry into NATO for a year, but US President Dwight Eisenhower doubted: "Are the intentions of the Russians sincere?"  As a result,   he decided that "the USSR was lying", the negotiations were unsuccessful.

- Four times the USSR, and then Russia, "knocked" on the North Atlantic Alliance. "Such attempts were made by four different leaders: Khrushchev in the 1950s, Gorbachev and Yeltsin in the 1990s, and even Putin at the beginning of this century." But "NATO leaders slammed the door in their faces…And the last time the door was closed by Russia itself."

- The North Atlantic Treaty Organization was founded in 1949 with the aim of deterring the USSR. Its first secretary general, the Briton Hastings Ismay, clearly stated this: (we need) “to keep the Russians out, the Americans in and the Germans down". At first, twelve countries signed a treaty in which Article 5 was borrowed from the motto of the Musketeers: "One for all, and all for one." (Now there are 30 states in NATO)

- "In 1954, Nikita Khrushchev, who had been in power for a year at that time, entrusted his Foreign Minister Molotov with the most impossible of all missions: join NATO!.. The Western powers rejected this proposal, but Moscow's campaign, "claiming leadership in ensuring European collective security," continued until the 1955 Geneva Conference. The idea was eventually rejected, and the world plunged into the "cold war".

- The Warsaw Pact created by Moscow served to confront NATO...Kennedy and Khrushchev almost unleashed World War III in 1962 during the Caribbean crisis.

- In the early 1990s, the Cold War ended. NATO remained disoriented because of the collapse of the USSR. There was talk of dissolution. But its leaders saw the alliance in a different role: it was supposed to become the ideological vanguard of liberal democracies in Central and Eastern Europe, - notes historian Anne Applebaum.

- In 1990, at the height of the collapse of the USSR, Mikhail Gorbachev appealed to US Secretary of State James Baker with a request to join NATO: "You say that NATO is not directed against us, that it is a security organization that adapts to new realities. I propose to accept us." It seems that Baker answered Gorbachev: "These are probably your dreams."

- In 1991, the first Russian President Yeltsin again made the same  proposal. And in 1994 Russia joined the Partnership for Peace program to strengthen mutual trust. President Bill Clinton described it as "the path to joining NATO”. In an interview in 2017, Vladimir Putin told the American film-director Oliver Stone that he discussed this option with Clinton during the visit of the American president to Moscow in 2000. But it never happened.

- Most military alliances are short-lived. The world situation is changing, interests are changing… According to a study by the Brookings Institution, 63 coalitions have been created over the past five centuries. Only ten of them have existed for more than 40 years…