How the Balkans fell into debt slavery 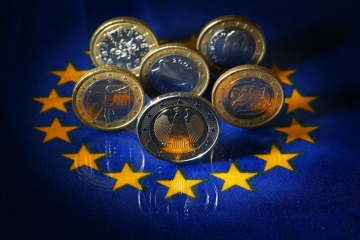 Debts after the collapse of the country of Yugoslavia into independent states grew 4.5 fold: from 20 to 90 billion Euros. An article in the Slovenian newspaper "Diary" recently covered this. The new countries in the Balkans are in a debt trap from which they will not be able to escape for a very long time.

Slovenia became a champion - a member of the EU since May 2004. Today, the debt of this “country on the sunny side of the Alps” is 28.8 billion Euros. However, in Ljubljana this is not viewed as a particular cause for concern. The Government believes that Slovenia’s economic potential can repay the loans on time. The population finds it difficult to believe in such optimism. After all, the interest debt is growing every day. Leading economists estimate that by the end of 2014 Slovenia will owe the IMF and other lending institutions in Europe, 81 per cent of its GDP.

The rest of the states, created after the collapse of Yugoslavia, owe much less than their "developed" neighbors. Bosnia and Herzegovina owe 5.5 billion Euros. Macedonia: 2.7 billion; and Montenegro: 1.7 billion Euros. According to Balkan economists, all the countries of the former Yugoslavia, with the exception of Slovenia, are in debt bondage, from which they are unlikely to escape unless emergency measures to rescue them are not taken. Yugoslavia, established by Marshal Tito after World War II, lived in debt, but it had a developed industry and a system of cooperation. The Yugoslavs actively traded with countries in Asia and Africa. Over more than 20 years, “the independent living” young Balkan countries have not only lost their domestic markets, but been driven out by powerful competitors from other regions of the world.

In 2009, shortly before her tragic death, I met with Borka Vucic while working in Belgrade.  A former finance minister of Yugoslavia, she told me how Yugoslavia used to exist and how it was destroyed.

“There was a high standard of living in Tito's Yugoslavia: higher than in Italy and Spain in the 1960’s. At that time, our Hungarian and Romanian neighbors were very poor and often come to us to buy food and clothes. We had a strongly developed industry. We received low-interest loans and invested in the development of our country - in industry and agriculture. I got to reach the peak of political and financial power. I was introduced to the worlds banking elite, because Yugoslavia was Non- aligned, and we met a lot of oil sheikhs, and leading businessmen. I still have a close relationship with Rockefeller, and correspond with main financiers of the world. I now have friends at the World Bank, and the International Monetary Fund. Although Rockefeller has retired, we regularly keep in touch.”

Regarding her connections and influence, on how to create a sophisticated banking system in Yugoslavia, and some of the "banking secrets", Mrs. Borka Vucic spoke to me about it for the first time, only because I was a good friend of one of her relatives:

“At the time I was one of the financial leaders of Yugoslavia and I had accumulated a lot of information.  Moreover, I was chairman of the Anglo -Yugoslav bank. It was founded in 1979 and based in London. Then we created a consortium of banks with "Chase Manhattan Bank." In total, I created seven mixed banking groups with our and foreign capital. These were banks based in London, Paris, Frankfurt, Vienna, and New York. But in the early 1990s I was urgently summoned to London and told that the U.S. and Britain were going to close our banks and seize all their assets. Even before they started to destroy Yugoslavia, the United States had made us debtors. Then they closed all their bank branches and withdraw their capital from the Serbian banks. We took out loans for the development of industry, and regularly paid back the loans at high interest rates. They did everything possible to close down our industries, and we no longer had products that we could offer to foreign consumers. We had no possibilities for exports, only large debts. I believe, that from the very beginning the West provided financial support to Slovenia and Croatia, which we were denied, and they were supported. Therefore, before the break up, of Yugoslavia, a financial war took place, and the main aim was to ruin Serbia’s economy, with the goal of upsetting the people who lost their jobs. This created the conditions for inflation and hyperinflation.”

After the financial blockade, with the support of the West, the Balkan war began; Vucic Borka gave these events and their consequences her opinion:

“The war of 1991, then the war in Bosnia, and the NATO aggression in 1999 finally finished off the country. So the financial war was as brutal as the military action in the Balkans. The people dispersed, and ceased to work in a normal manner. Many Serbs have lost their homes in Bosnia, Croatia, and Kosovo and been turned into beggars refugees. In 1999, NATO destroyed Serbia and Montenegro in only 78 days and nights. We will feel these consequences for a very long time. Serbia has seriously fallen behind other countries. So, we are falling more into debt that we can’t pay back.”