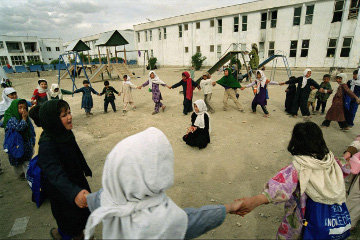 Considering that the hope to crush the resistance of radical groups in Afghanistan is not materializing while the scheduled withdrawal of the Western coalition from the country is drawing closer, Russia is left with no other option but to take a bigger role in tackling the Afghan and the wider regional problems. A potential strategy in the context is to build a coalition based on the already existing blocs, namely the Collective Security Treaty Organization and the Shanghai Cooperation Organization. Groundwork for the alliance was laid in July, 2010 when Russia, Tajikistan, Afghanistan, and Pakistan launched the so-called Kabul process. The initiative kept gathering momentum at the subsequent four-lateral conventions in Dushanbe and Sochi last August. The declaration signed by the four countries in Sochi offers a viable plan of joint efforts aimed at countering terrorism, drug trafficking, and organized crime as well as at boosting the regional economic cooperation and forging direct ties between the corresponding business circles. The involvement of resourceful alliances - the Collective Security Treaty Organization and the Shanghai Cooperation Organization - could seriously energize the process.

Iran and India should certainly be invited to the coalition. Russia's position on Iran is that Tehran's immersion in regional affairs should in the long run help defuse the crisis around the Iranian nuclear program. Entraining India may be an uphill task given the atmosphere of persistent suspicion which dominates its relations with Pakistan. On the other hand, the Indian-Pakistani collaboration in regional security should promote the overall understanding between the two countries.

From Moscow's perspective, a key benefit of the Afghan engagement of the Collective Security Treaty Organization and the Shanghai Cooperation Organization is that they can help Russia build the much-needed security buffer along its southern frontier. No doubt, the post-Soviet Central Asian members of the two alliances have profound reasons to share the goal.

Since 2001, Russia's aid to Afghanistan in the form of the waiving of the huge Afghan indebtedness along with the contributions to the strengthening of its national army and security forces and to various infrastructural reconstruction efforts did not go unnoticed in the country. Awareness is growing among Afghans that Russia has long turned the page on its Soviet-era campaign in Afghanistan and has nothing to do with the hostilities underway in the country. At the moment, Russia should stage a comeback in Afghanistan, but certainly not as a military power. Rather, Russian businessmen and engineers should lend Afghans a hand in bringing back to life the old Soviet-built economic infrastructures and in creating new ones.

Caution should be exercised in the process of attracting the Collective Security Treaty Organization and the Shanghai Cooperation Organization to the Afghan affairs, especially those of the military character. The security cooperation should be strictly limited to guarding borders and coordinating anti-drug and anti-terrorist activities, while direct involvement of the two alliances in any offensives on the Afghan territory should be avoided. Having suffered a de facto defeat in Afghanistan, the US would be glad to see Russia and its allies take over and shoulder the burden of the Afghan problems, but the scenario is clearly unacceptable to Moscow.

Due to the whole range of political, military and economic regards, Russia should do whatever it takes not to get dragged into Afghanistan's domestic conflict. In this light, the recent anti-narcotics raid launched in Afghanistan jointly by Russian and US drug-enforcement seems to be an ill-conceived initiative. Afghanistan's problems are not solvable on military tracks and Moscow's optimal strategy is to refrain from any use of force in the country. Instead, Russia should take part in training Afghanistan's own security forces, support its anti-drug efforts, and provide advisory input to the country's legislative reform.

Afghanistan's participation in the Shanghai Cooperation Organization's summits and the Afghanistan contact group sessions shows that – locked in the stagnant armed conflict, facing the lack of positive socioeconomic dynamics in the country, and anticipating the disastrous consequences of the coming US withdrawal - H. Karzai's regime is increasingly interested in engaging with various regional blocs. The settlement in Afghanistan would take a maximally inclusive dialog across the Afghan ethnic patchwork. The risk that the Talibs would prevail shortly upon the Western coalition's pullout will likely prove overstated if the Collective Security Treaty Organization and the Shanghai Cooperation Organization make a commitment to keep Afghanistan afloat militarily and pour sufficient material resources into the country.