How they gave up freedom for lies 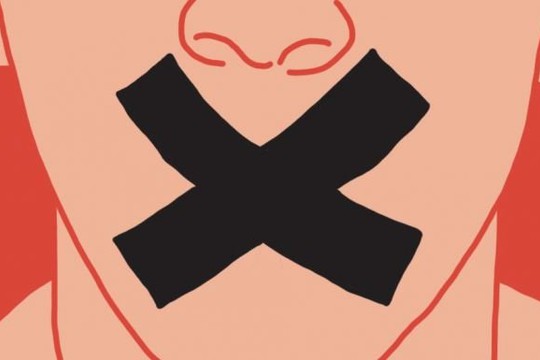 During a recent interview, Ira Glasser, the hugely popular American public figure, who has presided over the Civil Liberties Union for more than 20 years now, put in words what has long been hanging in the air, but not yet  proclaimed an official doctrine. Glasser’s address to a friendly and multicultural audience at one of America's most prestigious law schools inspired a lively discussion about free speech. Much to his surprise, many in the audience, from students to young professors, declared that their ideas of social justice, equality for blacks, women and minorities were incompatible with free speech. The wise and experienced native of multinational Brooklyn was shocked, because freedom of speech is the cornerstone of American democracy, or rather was until recently. The political elite of the United States now relies on other principles, ones that are more suitable for the information age.

From segregation to a "cancellation culture"

During the Sixties, bending under pressure from the federal government, the southern US states were repealing their segregation laws, and by the onset of the Nineties, racism as such had been outlawed. Any racial, as well as gender, discrimination is a crime now with US courts overwhelmingly siding with minorities. One might think that the American "melting pot" has finally got a new lease on life. However, by the mid-2010s, with the rapid development of the blogosphere, electronic media, and the so-called “civil society,” things started taking a different turn. Any successful white person could now be accused of “white supremacy,” “insulting minorities,” and with little chance of justifying himself. A “cancellation culture” has emerged, where a person is persecuted in an effort to exclude him from public life, deprive him of his job and, possibly, even his own family.

In many ways, the very idea of ​​"white supremacy" grew out of the US education system. In most European countries, schools are getting their equal share of state funding. Not so in the United States, where money for education comes from local budgets, and the government subsidizes only the schools located in poor neighborhoods, many of which have actually turned into ghettos for blacks. In addition, the low level of school discipline eventually results in “black school” graduates not receiving adequate education. Some teachers make feeble attempts to call for greater discipline only to be told that “this is their culture and you need to respect it.” As a result, a handful of intelligent teachers, many of whom had volunteered to work at schools in black neighborhoods, prompted by the feeling of "guilt for white supremacy" had to run away after being robbed, threatened with guns and being unable to teach. As a result, those who finish such schools do not have the knowledge they need to find a prestigious job or continue their education. As a result, they will share the fate of George Floyd – five convictions and drug addiction, which would surely send America’s new national hero to the grave even without Derek Chauvin's knee on his neck.

The previous paragraph contains bare facts that are very hard to deny. All the information about school funding, the number of teachers per person, instructions for maintaining discipline, and even George Floyd's biography and autopsy data are available in open sources, but to declare this publicly is seen as a criminal offence. Anyone who asks how a man with a history of five criminal cases behind his back, someone who had robbed a pregnant woman at gunpoint, became a symbol of the struggle for freedom will immediately face the "cancellation culture" and, possibly, even prosecution. At the same time, calls for the confiscation of property and even the murder of whites go unpunished. This immediately brings to mind Nazi Germany where anyone felt free to accuse Jews and communists of all possible sins and prove the superiority of “true Aryans.” Those who dared to publicly doubt this could end up in a concentration camps or a gas chamber.

Freedom of speech per se, especially the one that Ira Glasser, who grew up in the 1940s and 1950s, at the height of the Cold War, is used to, is a mixed bag. Where should it end in a true democracy? Obviously, no person is allowed to make slanderous and offensive statements and must be held accountable for doing this in a court of law. That said, no one can prevent people from criticizing the government, the performance of public institutions, businesses, even if most of us believe that they are working fine. However, when some people demand an end to uncontrolled migration and speak out against the rise of Islamism in the United States and Europe, they are branded as nationalists. Indeed, after WW2, any discussion of this subject was outlawed. Therefore, an honest taxpayer who does not want his hard-earned money to be used for the upkeep of refugees who destroy his comfortable living environment is declared a "right-wing extremist." As a result, freedom of speech has become a one-way road. Add to this the initial absence of "the presumption of innocence" in the Anglo-Saxon law adopted in the United States. That is, if a person is accused of racism, nationalism, "white supremacy," sexual violence or cruelty to animals, it is he who has to prove his innocence, not the prosecutor to corroborate the charges. We know how this all ends – just think what happened to Johnny Depp and Kevin Spacey. And they haven't criticized BLM yet...

The rise of "general denial" of criticism of "white supremacy" and the all-round protection of minority rights came during the Republican presidency of Donald Trump. In fact, the wave of protests was led and organized by the left wing of the Democratic Party 160 years ago, which plunged the country into a civil war. Before very long Trump’s electorate was demonized and accused of illiteracy and racism. A wave of unrest swept across the United States, resulting in a drop in living standards and security in many cities. As a result, professional and white politicians made the backbone of the team that entered the White House in 2020. Now their goal is to retain power and turn the United States into a de facto one-party country. To do this, they need to finally demonize the "Trumpists" and play a seemingly difficult combination of maintaining perfect relations with Big Business, represented by the Congress of Industrial Organizations and, simultaneously, with the American Federation of Labor and numerous organizations standing up for  minority rights. It’s very simple, really. They just need to finally crush the "children of the American Dream" - the notorious middle class, working 12 hours a day, ambitious and seeing their goal in ensuring better living conditions for their families. As a last resort, why not herd them into several pro-Republican states that will not count much?

The next step is to make any accusations against the "Democrats" look like “enemy intrigues” and block all possible attempts to investigate. This has already been done. Suffice it to mention the notorious case of President Biden’s son, Hunter, who spent several years milking the impoverished Ukraine for a $50,000 a month through the Burisma Company. Not much, but Kiev needed to somehow thank Biden Sr. for his support. As a result of Joe Biden’s pressure, the Ukrainian Attorney General lost his job, and factual evidence of Hunter having failed to fulfill his duties did not lead to an investigation in the United States.

Well, 50,000 dollars are trifles. An investigation by the pro-Trump Daily Caller about Hillary Clinton's attempts to save the Bangladeshi banker Muhammad Yunus from a corruption probe by bringing pressure to bear on  that country’s prime minister had no consequences for the former US First Lady. And her scheme to launder $84 million to fund the Democrats' campaign in 2016 worked despite calls from Federal Election Commission lawyers for an investigation. As a result, there was nothing that then-President Trump could do about a clear case of exceeding the volume of ​​permitted funding.

How easy and effective is it to control society?

There is a surefire card that the "Democrats" can play to calm down and brainwash society. These are experts from the special services. The impression is that any retired CIA and NSA operative or head turns into a reporter, publicist or TV presenter. MSNBC and CNN reports are chock full of statements coming from ex-generals, intelligence officers and counterintelligence agents. Former CIA director Michael Hayden has been retrained as a TV presenter for CNN, just like James Clapper, the head of national intelligence during the Obama presidency. Statements by such former big shots about "right-wing extremism" in the United States, "Russian" and "Chinese traces" in the Trump administration are meant to divert public attention to external and internal “enemies,” who are to blame for just about everything. Moreover, the Americans only recently had a great deal of trust in their special services.

Meanwhile, Big Business is watching all this from the top of Mt. Olympus, and clearly likes what it sees. Jeff Bezos, the head of Amazon, became the world’s richest man during the COVID-19 pandemic. Numerous startups in Silicon Valley are also thriving under the "democratic governance." Not surprisingly, corporations and platforms such as Uber, Lyft, DoorDash, Instacart, and Postmates managed to quietly overturn a court ruling protecting the rights of their employees. As for Bezos, although he is notorious for being an exploiter who created extremely hard working conditions for his employees, his ties with the Democrats make the multibillionaire inviolable. Small wonder, since the Democrats have created the notorious system of "cancellation," which allows them to easily drown out any protests by hard-working, law-abiding people. It is much easier to provide funds to BLM activists or young left Democrats than to improve the working conditions of the poor Amazon drivers who timorously write in social networks about having no time even to go to the restroom. In response, they are told that tens of thousands of blacks have no jobs at all and are forced to live on the dole. In addition, Big Business immediately subscribed to the Democratic playbook recruiting all kinds of “equality directors” and proclaiming the protection of the rights of all minorities.

Thus, we get a model where activists, led by seasoned Democratic politicians, stifle any manifestations of the Americans’ justified discontent with their protests. At the same time, you do not need to spend extra money on education. You can ignore the needs of the middle class, which by definition is guilty of "white supremacy," or, even worse, of "betrayal of the black race." Any evidence of crimes committed by members of the Democratic Party is immediately dismissed as fake, and criticism of its policies – as the hand of the Kremlin, racist statements or right-wing extremism. As a result, for the next few years we will see the onset of a democratic dictatorship, immune against any persecution, with the help of the media, sponsored social movements and the “cancellation culture” gaining total control over the information space. By the next presidential election, it will become totally unsinkable, including through active work with young people at schools and colleges. The cost of meager handouts and a certain drop in the standard of living and security of the “middle class” can and should be neglected. The only thing that can destroy this monster, bring America to back to common sense and be able to call the spade a spade is a split in the “Democratic” camp,” but let's face it, old functionaries who have come together in their love for power and are always ready to purge the “unwanted” elements within their own ranks, just like they forced Bernie Sanders to pull out of the presidential race, will never let this happen.