How to strengthen the unity of the peoples of Russia? 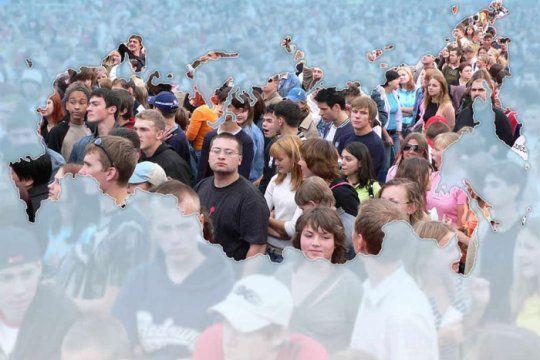 The significance of the recent changes to the Russian Constitution, and topical issues of interethnic relations were the centerpiece of an online international conference held at the Moscow headquarters of the Public Chamber of Russia.

Opening the conference, "We are the multinational people of the Russian Federation: unity in diversity," the chairman of the Public Chamber’s Commission and member of the Presidential Council for Interethnic Relations, Vladimir Zorin, described the period when the Constitution was adopted as very difficult and characterized by an active development of new concepts and approaches pertaining to interethnic relations. The 1991 breakup of the Soviet Union, then one of the world’s two superpowers, brought about a flurry of serious problems, many of ethno-political nature, which rippled out into the outside world. These included a resurgence of national and cultural self-awareness of Russia’s many peoples, a religious revival, the exacerbation of old and the emergence of new ethno-political conflicts, and finally, the growth of ethnic and ethno-confessional separatism, which sometimes degenerated into open terrorism. All this threatened the very existence of the Russian Federation as a sovereign state. Russia was forced to make a swift transition from the Soviet to what was then perceived as a liberal-democratic model of “minimal state," paying an enormous socio-economic and political price for that changeover, which ignored Russia’s traditional values and historical continuity and, at the end of the day, proved largely counterproductive. And all this time, sociologists and politicians alike have been searching for the optimal way of establishing Russia’s statehood and for an ideological doctrine that would be consistent with this country’s traditional values.

The Constitution, adopted on December 12, 1993, contained a number of innovations that laid the foundations for a new society. In its original version, it made no mention of the country’s ethnic and state makeup, as well as of differentiation between the subjects of the Russian Federation along ethnic-state, administrative-territorial and ethno-territorial lines. Neither did it provide the right or the procedure for their exit from the federation. Thus, the people’s right to self-determination is clearly interpreted as self-determination within Russia.

The Constitution allows broader legal regulation of ethnic-related processes, and of ethnic and civil identification at the personal, regional and national levels. In keeping with Section 2 of Article 26 of the Constitution, people are free to determine and indicate their nationality, and no one can be forced to either determine of indicate his or her nationality.

“The amendments proposed in the course of the discussion of the results of the nationwide vote on July 1, 2020, enlarged on these approaches. As a result, in recent years, the ethno-cultural sovereignty of the Russian Federation has been restored, with the state focusing once again on issues of an ethno-political nature,” Zorin concluded.

The head of the General Secretariat of the Eurasian Peoples' Assembly, Svetlana Smirnova, noted that on the basis of the proposed constitutional changes, work is already underway to enshrine them in the law.

“This conference was on the list of events that are part of our program and were approved by the Federal Agency for Ethnic Affairs. This year is the first time that our federal and national-territorial cultural autonomies and associations have had the opportunity to hold events with the Agency’s support. Our main goal is to further improve the mechanisms for strengthening the civic unity of the Russian nation, preserve and develop ethno-cultural and linguistic diversity, popularize the spiritual and moral values ​​of the peoples of Russia in accordance with the amendments to the Constitution,” Smirnova noted.

One of the most important constitutional amendments makes it incumbent on the Russian Federation to help compatriots living abroad exercise their rights to protect their interests and preserve their Russian and cultural identity. The state safeguards the cultural identity of all peoples and ethnic communities, guarantees the preservation of the country's ethno-cultural and linguistic diversity. This is not just a declaration. According to the State Ethnic Policy Strategy of the Russian Federation, adopted in 2012, there are people of 193 nationalities now living in the Russian Federation and speaking 277 languages ​​and dialects. At the same time, 87 languages ​​are used in the system of education. By the time the amended version of the Strategy was adopted six years later, their number had already risen to 105. This requires additional efforts and financing needed to write new  textbooks and train school and university teachers, and the Russian state is ready to foot the bill.

“In our country, as one of the world’s most multi-ethnic and multilingual states, issues of ethnic policy are of particular relevance,” said Anna Kotova, State Secretary - Deputy Head of the Federal Agency for Ethnic Affairs.

Leokadia Drobizheva, who heads the Center for the Study of Interethnic Relations at the Russian Academy of Sciences’ Institute of Sociology, emphasized the all-importance for any country of the concept of “consent” that was added to the text of the State Ethnic Policy Strategy in 2012. Without this, it is impossible to implement either economic or cultural plans.

“This concept meant not just good relations between people, but also trust and the ability to coordinate their interests and settle disputes,” she explained.

According to the results of a sociological survey published by the All-Russian Center for the Study of Public Opinion (VTsIOM) and the Public Opinion Foundation (FOM), the indicator of trust in Russian society is constantly fluctuating, especially since the onset of the COVID-19 pandemic in 2020. And still, apart from their desire to survive, our people also demonstrated a an acute sense of compatibility and a desire to help each other, especially in multiethnic places like Astrakhan region, Bashkortostan, Tatarstan, Yakutia and Karelia. The respondents named family, work and material wellbeing as their main values. They also mentioned equality of all people before the law, justice, equal opportunities for education and work, as well as the right for paid vacations among the goals that need to be achieved to maintain unity. Thus, the concept of “consent,” introduced into the Strategy, is provided with the most important social functions for a person, which also pertains to interethnic relations in Russia.

“Currently, only 4 percent of our citizens have experienced prejudice based on their ethnicity and race. However, the actual percentage of such attitudes is higher and varies depending on the situation in the region, with 78-80 percent of those polled saying that they do not experience any negativity.  On the other hand, we know that such problems arise regularly and need to be taken into account in order to ensure effective prevention of extremism. First of all, we are talking about the observance of a citizen’s constitutional rights. One’s nationality should not impede employment or career growth, and this is something about 40 percent of respondents are concerned about. The situation in Bashkiria, Yakutia and Tatarstan deserves special attention and here we have no reason for complacence,” Drobizheva noted.

In turn, the concept of "consent" is directly related to Russian identity. Even though Russian citizens are primarily concerned about their material wellbeing, it is equally important that they feel themselves as being one people. According to data released by VTsIOM, before the pandemic struck, 90 percent of those surveyed identified themselves as Russian citizens. This is a very high percentage, of course. However, Russian citizens differ in their perception of national identity. While some of them associate themselves primarily with a single state, the majority associate themselves with the legal field they live in. At the same time, when it comes to history and culture, just under 50 percent of respondents said that besides unifying tendencies there are also separatist tendencies there, depending on the region.