How to turn the page on WW II in Asia 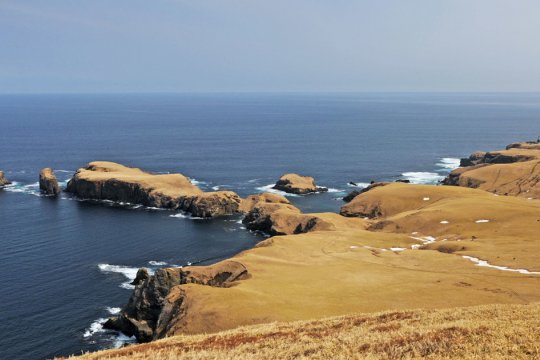 In the run-up to the 74th anniversary of the end of World War II in the Pacific Russia and Japan are recalling the most overarching problems of their  relations – namely the so-called territorial issue and the conclusion of a formal peace treaty between the two countries.

Progress in and an ultimate solution of these lingering problems is quite possible in the foreseeable future, but only if there is goodwill and mutual desire for a compromise. There is one thing we should keep in mind, however, and this is the root cause of these problems, which has to do with national and regional security. Indeed, the current instability in Northeast Asia and the Asia-Pacific region, unresolved territorial disputes and conflicts, the lack of regional security mechanisms and cooperation are rooted in the events of the second half of the 20th century and related historical and geopolitical contradictions.

The territorial disputes between China and Japan, Japan and South Korea, Japan’s territorial claims to Russia over the North Kuril Islands, and other conflict situations in the region essentially stem from the different interpretations of the political and international legal framework for ending WW II (conflicting references to the Cairo, Yalta and Potsdam declarations by the victorious powers, the San Francisco Peace Treaty, etc.).

In its claim to the southern islands of the Kuril range, Tokyo refers to the Soviet-Japanese Declaration of October 19, 1956 "On ending the state of war between the two states and restoring diplomatic and consular relations", according to which the Soviet Union agreed to eventually hand the Shikotan and Habomai Islands over to Japan, but only on conditions, which were never met.

The Tokyo Declaration stipulated, among other things, that the two islands’ transfer to Japan would happen only after the two countries had signed a peace treaty. The Soviet Union also protested against the presence of US military bases on Japanese territory.

The biggest hurdle barring progress on the issue of the South Kuril Islands and the conclusion of a peace treaty is Japan’s refusal to take into account Russia's strategic concerns about the status which the four islands of the South Kuril range will have if they ever come under Japanese control.

Russia wants guarantees of the neutral status of these islands and the absence of US military bases there. Japan has repeatedly promised that, but the problem is that under the terms of the US-Japanese Security Treaty Tokyo cannot do this despite repeated parliamentary attempts to propose a new interpretation of the Treaty that would ensure Japan’s greater independence from Washington. This could prove an insuperable obstacle though.

We should also bear in mind the impact the active efforts bent by experts in both countries to influence public opinion concerning the issue of the islands and the peace treaty. For decades, historians and experts have been trying to prove the correctness of their own approach to the problem. In Russia, they are often guided (and not without a reason) by the motto “We will not give up an inch of our homeland!”

They argue that that under no circumstances should Russia cede its territories, be it for geopolitical or other reasons. However, in an effort to solve complex interstate disputes, diplomats have at various times employed different approaches. Here are some recent examples of this.

In keeping with the terms of a Russian-Chinese agreement signed in Beijing in October 2004, the Tarabarov Islands and parts of the Bolshoi Ussuriysky island in the Amur riverbed with a total area of 174 square kilometers were handed over to China as part of the demarcation of the Russian-Chinese border in the Khabarovsk region. Earlier, the Russian-Chinese border was finally delineated in the Primorsky Region, where a number of territories were also transferred to China. [1]

In 2010, Russia and Norway issued a “Joint Statement on Maritime Delimitation and Cooperation in the Barents Sea and the Arctic Ocean,”  ending almost 40 years of negotiations over 175,000 square kilometers of disputed territory of the Barents Sea. A new delimitation line divided this territory into two equal parts [2], which gave some experts a reason to say that Norway received almost 80,000 square kilometers of "Russian" territory (citing the fact that Josef Stalin once drew a demarcation line there).

These examples show that in rare cases Russia has agreed to redraw its borders as part of lengthy negotiations (sometimes running for decades),  based on existing contractual obligations and careful consideration of its national interests.

Who knows, maybe the same will happen to the peace treaty between Russia and Japan, finally closing the book on World War II in Asia and the Pacific?