Huge U.S. and Polish spending on Ukraine – how and when to be returned 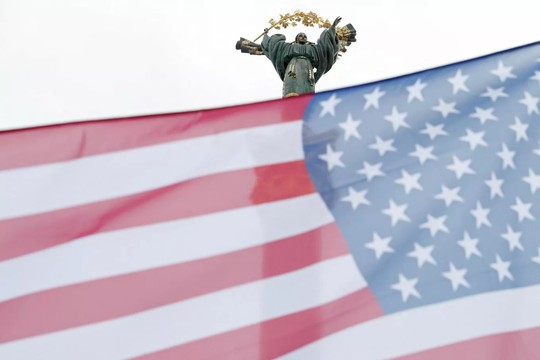 On June 3, the American media publication Politico published a demand from the US Congress to Joseph Biden on the provision of a report on the expenditure of aid provided to Ukraine for more than $ 40 billion. Congressmen expressed doubt about the ability of the White House to account for the unprecedented amount of funds transferred, as well as to track the weapons and equipment supplied to Kiev that proved to be hostile, but inefficient. The Pentagon has previously barely coped with reports.

The aid, estimated at such huge amount, is already the seventh package that the United States has allocated to Ukraine. 35 percent of this amount will be used to finance the U.S. armed forces in Europe ($3.9 billion) and for replenishment of U.S. weapons stocks ($9 billion). More than 45 percent is also planned to be spent not on Ukraine, but on other countries, including world food security ($5 billion) and long-term support for NATO allies ($2 billion). About 5 percent more is provided for assistance to refugees ($1 billion) and for other purposes.

The United States, by providing Ukraine with so-called financial assistance, intends to extract significant economic benefits. Obligations to repay the full amount of the debt are imposed on Kiev. However, the Kiev regime, anticipating the next "cut" of the percentages they rely upon, turns a blind eye on the absence of almost $ 13 billion in the estimate of the intended purpose, which the U.S. Congress was interested in.

Meanwhile new type of business is flourishing in Ukraine itself – the sale of humanitarian aid coming from the West. Criminal cases are initiated against enterprising officials who make quick money on everything that comes as a gift to Ukrainians.

Supermarkets have appeared on the network ready to send fully assembled different types of weapons to anywhere in the world, including Africa, the USA, Germany and, of course, Ukraine. A Javelin AT missile costs at the ‘white markets’ (that is openly) in Ukraine $ 30.000. Lots in such stores with various firearms, ammunition and military attire have mashroomed there. It is even possible to sell and purchase weapons from Ukraine "from hand to hand". Individual sellers have already made more than thirty huge transactions.

The Polish authorities announced new arms supplies to Ukraine worth almost $630 million. This was stated by Polish Prime Minister Mateusz Morawiecki and Deputy Prime Minister, Minister of State Assets of Poland Jacek Sasin. "As a matter of fact, we are now signing one of the largest, if not the largest, arms export contracts in the last 30 years. The sale of weapons for Ukrainians, to Ukraine," Moravetsky admitted. "There has not been such a contract in the Polish defense industry in the last 30 years," he said.

Earlier, the Polish government said that Poland had transferred weapons worth more than $1.6 billion to Ukraine. As reported by Polish Radio, the Ukrainian army received from Poland 18 Krab self-propelled howitzers, more than 200 T-72 tanks and several dozen infantry fighting vehicles.

If this is a commercial contract the question is how and when Ukraine will pay back foreign debts resulting from the three wars in 2014-2022?