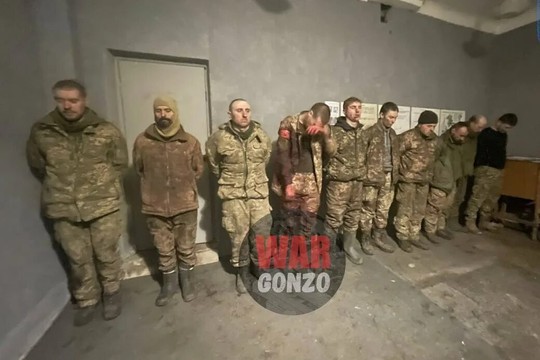 Colonel General Alexander Fomin, Deputy Defence Minister, Russian Ministry of Defense (MoD), stated that the MoD work is based on the provisions of the 1949 Geneva Conventions, the Manual on International Humanitarian Law for the Armed Forces of the Russian Federation, approved by order of the Russian Minister of Defense.

The manual is a supplement to the statutory instruments and includes the main provisions of international humanitarian law, as well as recommendations for its application in the preparation for and during combat operations.

Close contacts have been established with the relevant United Nations agencies and the International Committee of the Red Cross (ICRC) to provide humanitarian assistance to the population living in the territories liberated from the Ukrainian Nazis and also to work with prisoners of war.

On a regular weekly basis, meetings are held with representatives of international organizations, primarily the UNO and the ICRC, to discuss the most pressing humanitarian issues on the Ukrainian direction. More than 40 such meetings have been held since February 2022.

In addition, in accordance with Article 71 of the Geneva Convention relative to the Treatment of Prisoners of War, all detainees are allowed to contact their relatives in Ukraine. Detainees make international phone calls and write letters to their home countries. More than 1,500 such letters have been forwarded to Ukraine thanks to the ICRC's assistance.

The ICRC also facilitated a dialogue with Kiev on the exchange of prisoners of war and bodies of fallen servicemen. To date, 27 such actions have been carried out.

Unfortunately, the situation with Ukraine's compliance with international humanitarian law is quite different. The videos of torture and abuse posted on the Internet by the perpetrators of the horrific acts of violence against the captured servicemen of the Russian Armed Forces and Donetsk People Republic (DPR) and Lugansk People Republic (LPR) are widely known. There have been numerous cases of beatings, deliberate maiming, extrajudicial killings and failure to provide medical care to Russian servicemen.

Ukrainian Nazis exert psychological pressure on relatives of detained servicemen and extort money from them:

The shelling of residential areas in DPR and LPR, including with Western-made weapons, continues unabated.

Anti-personnel mines and booby traps prohibited by the 1997 Ottawa Convention are used against civilians, and cluster munitions are also used.

The Ukrainian leadership gave the order to launch a missile strike as captured “Azov” regiment fighters started giving testimonies revealing their crimes, including against civilians.

The Kiev authorities seek to eliminate witnesses and perpetrators of their crimes against their own people.

A large number of Ukrainian soldiers are now voluntarily laying down their arms, knowing the humane treatment of prisoners of war on the Russian side. The provocation in Elenovka is intended to intimidate AFU soldiers and is an attempt to counter their surrender.