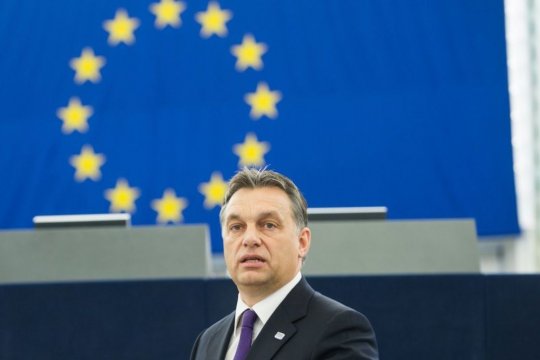 Diplomatic conflicts that have recently arisen between Hungary and its neighboring  countries and the European Union as a whole most clearly show the new trend in European politics. This trend is committing to national and  state values of a specific  European country, doubting  the priority of supranational  interests within the European Union. Political analyst Timofey Bordachev believes that “the era of stale politics and the same stale politicians, who make backstage decisions based on the“ lowest common denominator,” are finally coming to an end. Politicians with a new vision of the world order come to power, such as Hungarian Prime Minister Viktor Orban, Austrian Federal Chancellor Sebastian Kurtz, or the new head of the Italian Interior Ministry, leader of the right-wing League of the North Party, Matteo Salvini ”[i].

It is not the first year that Hungary is trying to protect the interests of its citizens and the state from external influence, to protect the Hungarians in the territory of neighbouring states  by establishing for this  a special position (Commissioner  for the development of the Transcarpathian region of Ukraine), to determine relations with other countries on the basis of their attitude to the rights of Hungarians. This is how conflicts with the European Union arose, after Hungary refused to let migrants into the country, in the same manner, a conflict  arose with Ukraine, which is trying to build a state ideology, based on nationalism, which a priori does not provide for the proper level of realization and protection of the rights of non-titular nations.

In relation to Hungary, Ukraine follows the same policy as in relation to Russia - to initiate various accusations, to call for punishment, to talk about the inconsistency with European values of the Hungarian policy under the leadership of  Orban. Doing so Kiev has its multifaceted interest: cooperation with NATO and the EU, support  for any decisions of Brussels, the anti-Russian course, domestic policy based on the nationalist  ideology. And in all these areas  Hungary poses  a problem for Ukraine. In the description of relations with Hungary  Kiev even  uses the word "annexation" [ii].

Hungary is hardly planning to seize any Ukrainian territory, but on what  grounds Ukraine falsely accuses Hungary of its annexation intentions in relation to Transcarpathia?  The Ukrainian side highlights several positions:

This  is an old story, it has come to light again recently due to the growth of Ukrainian nationalism. Moreover,  there are concerns about the implementation by Hungary of the “Crimean scenario” in relation to Transcarpathia. [Iii]

Ukraine demanded an explanation. A note of protest was delivered to the Hungarian Charge d'Affaires in Ukraine, and the Foreign ministers of Ukraine and Hungary had a telephone conversation on the problem. Hungary continues to ignore the requirements of Kiev. [Iv]

At the same time, in Kiev there is no understanding  of the fact that combining the ideology of nationalism with the country's national diversity and European integration is hardly possible.

• Ukrainian experts note the growth of separatism in the Transcarpathian region, as well as the “strange behavior” of the governor, who plays on the side of Hungary. They also complain that “pro-Ukrainian ideology”(?) is not being сonsolidated in Transcarpathia, and this region is not controlled and monitored by  the Ministry of information. [V] In a word, the state is losing control over the territory, which it neither develops nor controls. Such behavior of the governor and the region's residents may indicate that the state is not sufficiently present in the lives of residents of Transcarpathia, and this a financial and humanitarian drawback they compensate with the help of Hungary, - experts believe.

Apparently, Ukraine is unable to reach an agreement with Hungary as relations are tense. In response to the Ukrainian law on education, adopted in the fall of 2017, which infringes the rights of national minorities, Budapest blocked another, the third, Ukraine-NATO meeting. Ukraine witnessed this embarrassing  situation  in April 2018.  At the same time elections were held in Hungary, in  which Viktor Orban’s party won a majority in the parliament. Such a tough stance of Budapest in relation to the Ukrainian educational policy Kiev considered to be just a sign of electoral populism. However, this was a mistake.

Viktor Orban's victory in spring 2018 was convincing, and a convincing victory means obvious support of his migration policies as well as his support  for compatriots abroad. The party of Orban - Fides - not only won a majority but a constitutional majority - 133 of the 199 seats  in the National Assembly of Hungary. [vi]

There is no doubt  that Hungary has become Ukraine's another serious opponent in the process of its European integration. And it is unlikely that either  country  will take a step back: there will be presidential elections in Ukraine soon, and in Hungary, the victory won by Orban, apparently, confirms the  approval of his independent  foreign  policy  by  the citizens.  So the conflict  is likely to develop.