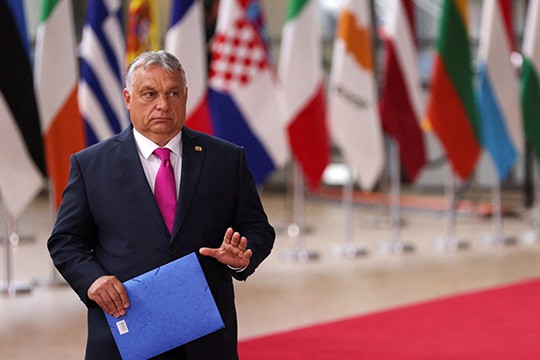 Hungary believes EU should abandon its sanctions policy, says top Hungarian diplomat Peter Szijjarto, - informs TASS. He reiterated that the EU had hoped to achieve an end to the military conflict in Ukraine, but failed.

The Hungarian government believes that the European Union should renounce its sanctions policy and should not accept a ninth package of sanctions against Russia, Hungarian Foreign Minister Peter Szijjarto told a news conference.

The top diplomat noted that EU sanctions had failed to reach their goal and were inflicting great damage on the European economy. "We believe it is time to reconsider this whole policy of action and not to resort to a ninth package of sanctions [against Russia]," Szijjarto said.

Now, he said, some politicians are claiming that "the EU never expected these sanctions to stop the war." "So, then what was their purpose?" the foreign minister asked, adding that he saw the behavior of some of his European colleagues as hypocritical.

Recently, the Hungarian government has come out strongly against the adoption of new sanctions against Russia and, in particular, the work on a ninth sanctions package, which could include additional restrictive measures in the energy sector.

Hungary loses €10 bln this year due to EU sanctions against Russia, says Prime Minister. Viktor Orban was speaking at a meeting of the Permanent Hungarian Conference – an organization created to strengthen ties between Hungarians at home and abroad

He noted that the botched sanctions of Brussels "have resulted in skyrocketing energy prices, creation of a €10 bln. annual deficit in Hungary’s economy."

"From that point of view, Hungary’s policy demanding a review of the sanctions does not seem at all over the top," - the Prime Minister said.