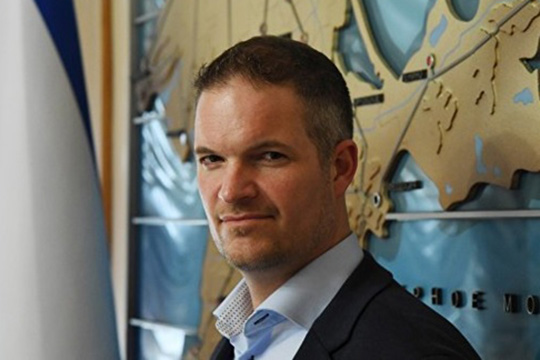 Questions to the head of the public organization People’s Diplomacy (Norway) Hendrik Weber.

Mr. Weber, thank you for the most interesting report about Crimea. Could you please tell us about your impressions and opinion of participating in the forum.
I am very pleased to be here. The existence of such interesting discussion platform is extremely important for the global journalistic community. Here discusses very interesting topics, such as the confrontation of the so-called “Mainstream” with alternative media and etc. But I want to add that such conferences with the participation of experts of the highest level should continuing about two weeks. In my opinion, this will allow professionals in the process of dialogue work on development of specific solutions. I am a pragmatic person. And I stand for such a format of interaction not only in Norway, but also in all the countries of Scandinavia.

The participants of conference raised a question of the need to struggle with so-called "Fake news." Could you share the experience of Norway in struggling with this phenomenon, which is becoming increasingly relevant in the era of the development of information technology.
You know, the fight against this problem is extremely difficult in Norway. Due to the fact that the representatives of the mainstream media use a loophole and create the so-called called associations, the supervision of the activities of which (in accordance with the current legislation) are carried out by themselves, so taking measures against them is impossible. This is a kind of farce and leads to the fact that media journalists of this direction publicly declare the correctness of their submission of information and note the absence of "fake news" on their pages. In my opinion, the main danger of such a development of events in our country is that ordinary citizens who do not understand the organizational structure of a particular newspaper, magazine, information and analytical portal, by definition, begin to consider the mainstream as the only source of reliable information. At the same time, relying on the position of the authors of this kind of media, they automatically perceive alternative media as something negative, intentionally providing false data. However, I am not saying that the truth circulates only in alternative media, because and there are certain problems in their ranks.