Ilya Kravchenko: attempt by the Democrats to destroy Trump’s political image is a time bomb 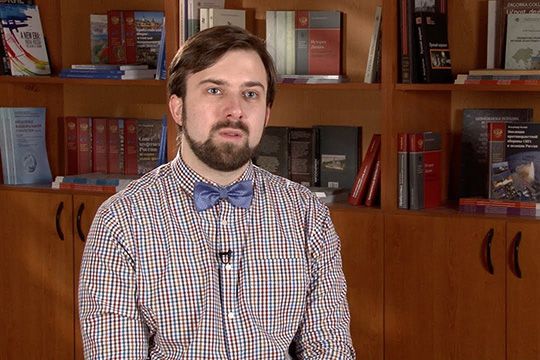 The Democrats have officially submitted to the House of Representatives a resolution on initiating the impeachment of the country’s present President Donald Trump on charges of inciting a revolt. According to the resolution, Trump deserves an inquiry, a removal from office, and should be stripped of the right to occupy an honorary, demanding, or financially promising position in the United States. Why did the Democrats embark on such a campaign several days before the end of Donald Trump’s term? How could such an impeachment affect the new administration of Josef Biden? Will the Democratic Party campaign add to the split within the American society? The answers to these questions are presented by Ilya Kravchenko, a PhD in Political Sciences, an American studies expert with the Russian Strategic Research Institute.

– About 218 Democratic Congressmen have vowed their support of the impeachment resolution. This number of lawmakers is enough to secure a vote in favor of the document in the House of Representatives. How likely is the approval of the document by the lower housе?

– The likelihood is fairly good, particularly considering that it is a purely political move. Given the situation, the Democrats are interested in adopting the resolution. However, what is of primary importance about the impeachment procedure is not a resolution as such but the nature of accusations against Trump, what exactly he is accused of. An inquiry and proof of guilt takes fairly long, it will be impossible to complete in the days left before the end of Trump’s term.

– In case of approval, it will be the Senate that will have to deal with impeachment. However, judging by the schedule, the Senators are not planning to get together for considering any serious, vote-requiring issues until January 19, 2021. The situation looks absurd, since the purpose of impeachment is to remove the president from office. But Trump will leave office anyway on January 20th. Only if he is found guilty of inciting a riot can he be banned from running for office in the 2024 elections or be deprived of the right to occupy a a top government post. Why are leading Democrats headed by House Speaker Nancy Pelosi so keen on impeachment?

– The Democrats are set on destroying Trump’s image and reducing to zero all his gains, thereby giving it to understand that with just a few weeks to go before his presidency comes to an end, he brought the situation in the country to a critical point, with people storming the Capitol Hill. They are sure that Trump intentionally organized a rally opposite the Congress the day Congressmen gathered for announcing the election results and Josef Biden’s victory. Clearly, it’s a matter of how one sees it – whether this served as the main urge for people to storm the Congress, or whether there were other reasons for this as well. This is what the court will deal with. But even if the Democrats endorse the resolution, it will be impossible to pronounce Trump prime culprit and instigator for lack of evidence. The Democrats do understand this. However, the reputational losses sustained by Trump, in the first place, the loss of support of moderate Republicans and the undecided electorate, which is dwindling, are important for the Democrats. They see their mission not only in depriving Trump of Twitter supporters but also in destroying him as a politician.

In my opinion, these moves by the Democrats are in fact destabilizing the situation in the United States further. While set on “destroying” Trump, they plant a time bomb through encouraging ever more polarization within the American electorate.

– CNN reports of late say Joe Biden’s supporters fear that Trump’s impeachment will distract public attention from the new administration. According to the CNN, Biden has been acting in person and through his advisers to hold talks with N.Pelosi and other high-ranking representatives of the Democratic Party with a view to come to a compromise on the future  of Trump. Do you  think that the Democrats may  really get bogged down in the impeachment procedure? And could this hamper the work of the new administration?

– For Joe Biden, the prime target of removing Trump has de facto been hit. Given the situation, this comes as a powerful political move on the part of the Democrats, who are tired of experiencing pressure from a Republican president. These bottled feelings of anger and fatigue spilled into impeachment. But for Biden, it does not matter any longer, nor does the radicalization of the Democrats over Trump. The  new president needs to consolidate the young and progressive-minded Democrats over something more  meaningful, so that in the first 100 days of his presidency he could successfully implement his programs amid the continuing coronavirus pandemic, decreasing incomes and many other factors. How to achieve that in the absence of a target like Trump is a problem which I am sure the Biden administration are currently trying to resolve.

– Will the split within the American society aggravate? What could be the consequences?

– Undoubtedly, the split will become worse. In addition, radicalization of the society will continue. The pent-up feelings of “have had enough” will persist and even intensify, because despite the victory of the Democrats along with progressive members of the Democratic society, such as Kamala Harris, the problems faced by ordinary Americans remain unsettled: the number of new coronavirus cases is increasing, vaccination campaigns are not demonstrating the appropriate effectiveness. All this spills into the political scene, with people being fully aware that their needs are not receiving much attention as everyone is more concerned with Trump and how to turn him down.