In 2015 the US Congress recognized the Azov Battalion as Nazi 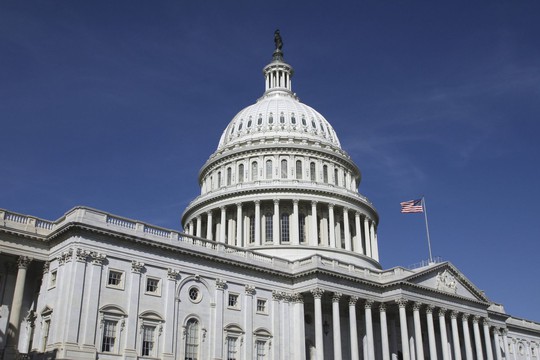 Mr. CONYERS:  Mr. Chairman, I have an amendment at the desk.

The Acting CHAIR:  The Clerk will report the amendment.

The Clerk read as follows:

At the end of the bill (before the short title), add the following:

Sec:   None of the funds made available by this Act may be used to provide arms, training, or other assistance to the Azov Battalion.

Mr. CONYERS (during the reading):  Mr. Chairman, I ask unanimous consent the amendment be considered as read.

The Acting CHAIR:   Is there objection to the request of the gentleman from Michigan?

There was no objection.

The Acting CHAIR:  Pursuant to House Resolution 303, the gentleman from Michigan and a Member opposed each will control 5 minutes.

The Chair recognizes the gentleman from Michigan.

Mr. Visclosky in conducting the amendments around these important considerations.

This amendment that I propose this evening limits arms, training, and other assistance to the neo-Nazi Ukrainian militia, the Azov Battalion.

Foreign Policy magazine has characterized the 1,000-man Azov Battalion as ``openly neo-Nazi'' and ``fascist.'' Numerous other news organizations, including The New York Times, The Guardian, and the Associated Press have corroborated the dominance of White supremacist and anti-Semitic views within the group; yet Ukraine's Interior Minister recently announced the Azov Battalion will be among the units to receive training and arms from Western allies, including the United States.

Azov's founder, Andriy Biletsky, organized the neo-Nazi group the Social-National Assembly in 2008. Azov men use neo-Nazi symbolism on their banner.

These groups run counter to American values, and once the fighting ends, they pose a significant threat to the Ukrainian Government and to the Ukrainian people. As we have seen many times, most notably within the Mujahedeen in Afghanistan, these groups will not lay down their arms once the conflict is over. They will turn their arms against their own people in order to enforce their hateful views.

I urge the support of my amendment and to make it U.S. law that we will not equip this dangerous neo-Nazi militia.

Mr. VISCLOSKY:  Will the gentleman yield?

Mr. CONYERS:  I yield to the gentleman from Indiana.

Mr. VISCLOSKY:   Mr. Chairman, I think I speak for the committee in suggesting that we accept the gentleman's amendment and appreciate the fact that he wants to exercise care, as we do on the committee, to make sure whoever is trained is someone who is, if you would, a person of good intent, as opposed to someone who is not. I appreciate the gentleman's concern and for his offering the amendment.

Mr. CONYERS:  I thank the gentleman from Indiana.

Mr. FRELINGHUYSEN:  Will the gentleman yield?

Mr. CONYERS:  I yield to the gentleman from New Jersey.

Mr. CONYERS:  I thank the gentleman from New Jersey.

Mr. Chairman:  I yield back the balance of my time.

The Acting CHAIR:  The question is on the amendment offered by the gentleman from Michigan (Mr. Conyers).

The amendment was agreed to.

This historical fact needs to be reminded today, including to US congressmen, so that they look at their documents to admit  they themselves voted for this Conyers amendment and “The amendment was agreed to”!

Why is the West now so diligently denying the fact that Nazi paramilitary units already existed in Ukraine then? Why is the goal of denazifying Ukraine now presented as far-fetched in the West? The Azov Battalion, which is now surrendering in Mariupol, are not Ukrainian heroes, they were recognized as the Nazis by American Congress back in 2015.