In Italy, Putin's actions in Donbass were called clear and decisive 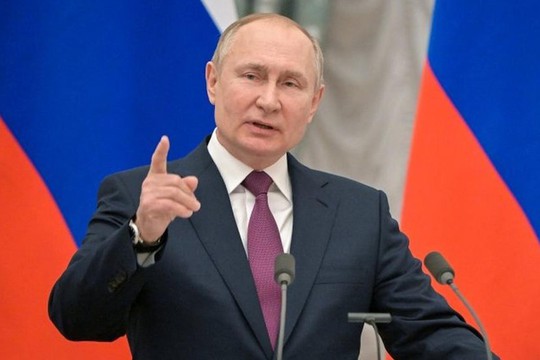 Russian President Vladimir Putin's televised address announcing the start of a military operation to demilitarize Ukraine was clear and decisive. Tiberio Graziani, a political scientist and chairman of the analytical center Vision & Global Trends (Italy), shared this opinion in a commentary to Lente.ru.

The specialist emphasized that the rationale for such actions was the Russian leader's reference to the provisions of the UN Charter and agreements with the Donetsk and Luhansk People's Republics. “If at the tactical level the special operation is aimed at neutralizing the potential offensive capabilities of Kiev, then at the strategic level for the Kremlin this is actually a step to provide protection against potential threats from the West,” Graziani said.

The Italian political scientist called it difficult to predict further developments, but suggested that Moscow wants to provide a protective buffer zone, which it has proposed to create verbally and in writing in recent months. He also suggested that Russian troops could remain in Ukraine after the end of the special operation, as well as follow the same scenario as during the operation in Georgia in 2008. “However, I believe that the Kremlin intends to establish contacts with Kiev and monitor the development of the situation and political dynamics within the Ukrainian leadership in order to influence their policy regarding regional security, security guarantees and recognition of the republics of Donbass, the security of the Russian population,” he said.

On February 24, Russian President Vladimir Putin announced that he had decided to conduct a special military operation to protect Donbass. The head of state also turned to external forces that might try to pose a threat to Russia – according to him, the answer will be immediate.

The Russian Defense Ministry stressed that the country's Armed Forces do not carry out missile, air or artillery strikes on the cities of Ukraine – nothing threatens the civilian population.