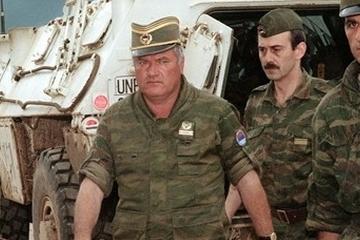 Italy's La Repubblica presented as a sensational revelation fragments from the diaries of former Bosnian Serbs' army commander R. Mladic [1]. The paper titled Mladic's Horrible Diaries: “We Need to Eliminate Muslims to Build a Great Serbia” said 18 notebooks with Mladic's writings had been found during a search of his family's Belgrade home and supplied to the Hague Tribunal. The view expressed in La Repubblica is that the materials can be regarded as major evidence against Mladic which the prosecution had for a long time hoped to obtain. Author of the piece in La Repubblica Renato Caprile asserts that the total of 3,500 pages serve to implicate the former Serbian military leader even better than the Srebrenica survivors' testimony.

La Repubblica's overstated enthusiasm about the unearthing of the diaries creates a distinct impression that its staff was a priori familiar with them. The Hague Tribunal is supposed to guard such possessions carefully against being leaked to the media, and in a similar previous incident, Carla Del Ponte's assistant Florance Artman even faced charges over the disclosure of secrets of investigation. Considering that – despite the secrecy regime - this time the media managed to grab the diaries of a key figure from the sphere of the Hague Tribunal's interests, one is left with a sneaking suspicion that the prosecution and the newspapermen had to cooperate.

The objective behind the leak is clear. The Hague trial of former Bosnian Serbs' leader R. Karadzic became a quagmire as Karadzic brushes off the charges against him, rejects any deals with the prosecution, and is determined to prove independently that he is innocent. Under the circumstances, the information that the prosecution has the diaries written by his closest associate Mladic can have a major psychological impact on Karadzic and on the audience.

In one instance he wrote: “Muslims are our and Croats' common enemy, we need to corner them”. La Repubblica links the phrase to the anti-Muslim ethnic cleansing, but the fact that Serbs and Croats fought against Muslims together during the war in Bosnia is no news and it is unclear how mentioning it can implicate any particular individual. Moreover, the stories about the ethnic cleansing allegedly suffered by Bosnian Muslims and the death camps they were held in are not as immune to criticism as, for example, La Repubblica would claim.

Another excerpt from Mladic's diaries – one which La Repubblica branded nightmarish – reads: “the Balkans are evolving into a front in the battle between the forces seeking to Germanize the zone and those who want to Islamize it”. Notably, S. Huntington similarly dwelt on the conflict between Christendom and Islam – manifestations of which Italians routinely encounter in their own country - and never had to face justice over his widely known though controversial writings.

Another fragment of Mladic's diaries cited by La Repubblica is that “the Western coalition believes it has found a formula of turning us, the Serbs, as well as other Balkan nations, into hordes of homeless people”. According to the paper, the statement is tantamount to severe accusations of invasion against the EU and the US. The logic of the argument seems to imply that any criticism directed at Brussels and Washington should be regarded as severe accusations.

Finally, the highlight of the article featured by La Repubblica - one of the passages meant to unmask Mladic the butcher - is: “The EU and the US are flirting with the Muslims because the West has vested interests in the Middle East and needs to make concessions”. Late US congressman T. Lantos – a former opponent of Mladic – did say roughly the same. He opined that the role played by the US in the creation of a predominantly Muslim country – Bosnia and Herzegovina - in the very heart of Europe “..should be noted by both responsible leaders of Islamic governments, such as Indonesia, and also for jihadists of all color and hue” [2]. If expressing the idea somehow implicates Mladic, the same jury must have had serious reasons to try late senator Lantos. Hundreds of thousands of Muslims are being killed in the wars in Iraq and Afghanistan – at the rate of one Srebrenica per week [3] – and to an extent the US is diverting the attention of the world of Islam from the plight of their brethren in the two countries by furthering the Muslim cause in Bosnia and Albania.

By the way, the phrase about eliminating Muslims and building a Great Serbia which La Repubblica ascribed to Mladic and made part of the title is not even quoted in the paper text.

Interestingly, the sensation featured by La Repubblica was not much of a novelty. A month earlier (!) Belgrade's Politika published an extensive paper titled What Mladic's Diaries Tell About [4]. It contained a detailed analysis of the psychological background against which the private notebooks (from which La Repubblica chose to draw passages arbitrarily) had been written, of Mladic's own reasons to put his thoughts on paper, and of his relations with other Serbian leaders, mainly with R. Karadzic and S. Milosevic. The Politika author Ljubodrag Stojadinovic maintained that “war-time diaries are a totally different genre, and what Mladic's memories materialized in were mere notes and sketches put on papers while attending meetings or thinking”. Stojadinovic invoked Mladic's response to the Vance-Owen plan for Bosnia and Herzegovina: “Decline the plan and win the war!”. It is an open question whether Mladic and other Serbian leaders made the right decisions in that epoch, but it is clear that likewise excerpts should not be accepted as evidence by a normal international court. The problem is that the Hague Tribunal is anything but a normal court and can lightheartedly employ Mladic's diaries – or maybe the La Repubblica article – as evidence.

Del Ponte admitted in her memoirs that the Hague Tribunal functions in the grey zone between the legal and the political spheres [5]. The sobriety of the assessment is remarkable considering who it belongs to. The article in La Republica happens to be just another example of the grey zone.