India and China: conflict or cooling? 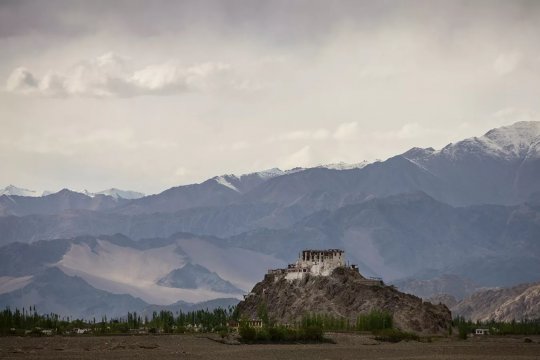 Early May saw a new aggravation of the border conflict between India and China, this time in Ladakh. The withdrawal of extra contingents, which had been brought to the border during a few weeks of the confrontation, began only on June 10th, following a series of online and offline meetings of military representatives of the two countries. Amid all these developments, India signed an agreement with Australia on mutual access to military bases. The two countries’ Prime Ministers Narendra Modi and Scott Morrison agreed to expand military and technical cooperation in the course of an online summit. Earlier, India signed a similar agreement with the USA. New Delhi has also welcomed Donald Trump’s initiative to include India in an enlarged G7. How far will the current India-China cooling go?

As far as the border “incident” in May is concerned, Indian [i] and Chinese[ii] news media have been making practically identical accusations against one another. Both parties claim that there has been a «considerable» advancement of military units in-land, into the territories either party claims to be their own. Also, they talk about “well-fortified camps in infiltration zones” and “deployment of extra forces” on the territory of either state along the “de facto control line”.

According to Indian critics of Modi, the responsibility for the recent aggravation rests with China. Beijing’s moves came in response to India’s decision to eliminate Kashmir’s autonomy in August last year. [iii]. At present, India controls 45% of the historical territory of Jammu and Kashmir, where the greater part of the population lives, while Pakistan controls 35%. The rest 20%, deserted and scarcely populated plateau Aksai Chin, is under the control of China. India views Aksai Chin as an integral part of the historical region of Ladakh – the eastern part of Jammu and Kashmir and uses this as a foundation to lay claims on it and question its belonging to China. The region carries significance due to its role in the distribution of water resources of the Indus basin. In August 2019 India deprived Kashmir of autonomy and established a new federal territory, Ladakh, which comprised Aksai China plateau. China was quick to strongly condemn New Delhi’s policy.

In the opinion of Chinese observers, tactically the recent escalation on the border with China is being used by New Delhi for “self-assertion”. Strategically, India counts on presenting such moves to the West as part of global efforts to contain Beijing, thereby paving the way for rapprochement with leading western countries, in the first place, the United States. The development of Indian-Australian ties is seen in the same context. According to Chinese data, India is even ready to reconsider its negative attitude to Canberra’s participation in American-Japanese-Indian naval exercises “Malabar”[iv].

Historically, a state of confrontation appears “natural” for relations between India and China. Sincethe early 1960s the two countries have been mostly busy getting ready for a war and an overt escalation. By the early 2000s the rapid economic and geopolitical upsurge of China transformed the country into a major challenger for India. At present, China holds the firm position of а country that determines India’s foreign policy. The previous border conflict – in Doklam – occurred in summer 2017 and resulted in a new cooling of bilateral relations.

However, in 2018 the relations between two major Asian powers revealed a tendency for a warm-up. During 2018 Xi Jinping and Narendra Modi met five times – an unprecedented number for relations between Beijing and New Delhi. In a matter of just a few months the two sides expanded the agenda of bilateral relations to include an extensive range of issues, including the possibility of holding joint military exercises. In December 2018 New Delhi hosted talks between the Indian and Chinese foreign ministers after which the Chinese foreign minister pointed out that through joint effort China and India had built a “brilliant eastern civilization” [v]. In October 2019, in wake of an informal summit in Chennai, Modi announced “the start of a new era in relations between India and China”.

Speaking in favor of India-China rapprochement are a number of factors. «…In spite of all the difficulties and inevitable tactical losses, such consolidation would undoubtedly meet long-term interests of both countries». The joining of efforts would facilitate «stabilization of geopolitical situation throughout the vast European expanses and would create new opportunities for trans-continental cooperation in various areas». The benefits of strategic rapprochement between Beijing and New Delhi are too “numerous” and “too evident” not to become an issue of consideration for strategists on both sides of the Himalays»[vi].

Meanwhile, Chinese-Indian relations bear quite a few strategic differences. Both China and India are coming to rely on national identity. The Bharatiya Janata Party – the party of Indian nationalists – has been in power in New Delhi since 2014. From the point of view of domestic policy, the stake on national feelings of the Hindu majority has yielded considerable dividends for the party. In turn, China’s rhetoric on the territorial issue is as unyielding as ever. China also continues to develop strategic ties with Pakistan – India’s historical opponent. Finally, China has been pushing India out of South Asia and the Indian Ocean – territories traditionally regarded by New Delhi as a zone of India’s vital interests. And India’s trade deficit has been on the rise, having amounted to 60 billion dollars.

In addition, a demonstration of resoluteness in all spheres has become the main feature of Chinese foreign policy of late. «The new … approach, which manifests itself in social networks, in newspapers, and at negotiating table…» is part of China’s campaign for «what the Chinese leaders believe to be China’s legitimate place in the world»[vii]. Critics describe Beijing’s new foreign policy as “assertive”, signaling a «grave conflict» with the officially declared policy of striving for “mutual gains”.[viii] Given the situation, there are grounds to assume that the growing social and economic superiority is intangibly changing Beijing’s attitude to its “backward” neighbor, making it more lenient.

In the meantime, the policy of national consolidation is fraught with new problems for both countries. Traditionally, New Delhi stakes on a multi-vector foreign policy and rejection of strategic coalitions. At the moment, India is trying to avoid a situation in which it would have to choose sides in a rapidly unfolding cold war between China and the United States. Firstly, for New Delhi, a choice of one of the sides in the war – Beijing or Washington – would radically destabilize the status quo and would destroy the fragile balance in the system of international relations, at least, in the Eastern hemisphere. Secondly, right now India would have to accept a secondary role, both in the Chinese “Community of Shared Future for Mankind”, and in the American strategy for “Indo-Pacific Region”. As a result,  New Delhi’s “hesitations” is all but intensifying distrust, both in Washington, and in Beijing.

China, in turn, is set on avoiding a role similar to that of the USSR in the 1970s, when the United States made a breakthrough in relations with China, thereby putting the Soviet leadership in a difficult position. Should there appear a strategic alliance between New Delhi and Washington, then China would find itself in a position of geopolitical disadvantage.  If Washington could put into effect its policy of institutionalizing the so-called “union of Pacific democracies”, “Asian Atlanta”, particularly with the participation of all four major players – the United States, India, Japan and Australia, America would regain dominating positions in Asia-Pacific Region.

In the course of last year, trends that do not encourage a warming of China-India relations hit a new level. InIndia the year 2019 marked parliamentary elections and transition to a more pronounced policy of national consolidation on the basis of the principle ‘India is a nation of Hindus’. This triggered mass protests of Muslims across the country. There was also an escalation of confrontation with Pakistan, which has China as a strategic patron in recent years. Indian-American ties continued to develop – President Trump paid a visit to India in February this year.

India’s social and economic weakness is becoming a major obstacle to the country’s greater status in Asia and elsewhere in the world. In addition, according to Indian observers, strategically, New Delhi  “is incapable of resisting the irreversible large-scale industrial and infrastructural advancement of Beijing via the Himalayas and the sea routes of South Asia, which are considered a traditional sphere of influence of India, and is thus forced to resort to a counter-balance strategy”[ix]. A major element of such a strategy is the closest possible rapprochement with America.

Meanwhile, China has irreversibly been drawn into a full-blown trade war with the United States, which in 2019 entered the phase of confrontation of financial systems and a ‘cold war’ in the sphere of new technologies. Given the situation, Beijing is less willing to hide its anger over an unrelenting, in its opinion, rapprochement between New Delhi and Washington. On June 7 Global Times, a branch of People’s Daily, an official newspaper of the Communist Party of China, warns India against being fooled by the Americans. The article also says that China will not concede “a single inch of territory” to India.[x] In another publication of Global Times India’s readiness to join G7, whose expansion but without China was recently proclaimed by Donald Trump, is described as “a dangerous game”.

As it happens, “the ideal” foreign policy framework for India is to be an autonomous center of strength, which is cooperating with different competing poles simultaneously and maintaining a constructive balance of interests amid competition between leading powers. Meanwhile, for China, given a mounting confrontation with the United States, further constructive relations with India appear to be one of the most favorable scenarios in the conditions of the changing architecture of a world order after the corona crisis. History shows that «political willpower and readiness for compromise» can overcome even the most deep-rooted differences. In the long run, both countries should be realistic enough to understand that an alternative to normalization of bilateral relations is a new escalation of crisis.

Moscow is fully aware of the challenge of establishing a dialogue between so big, so ambitious and so different, in many respects, countries. Russia wants the world’s two most densely populated nations to search for solutions which would make their relations better and more effective, without jeopardizing the positive experience of cooperation they accumulated in previous years. It is essential to find a way between continuation of constructive effort in the absence of full consensus, on the one hand, and refusal to cooperate under the pretext of outstanding differences, on the other.

The opinion of the author may not coincide with the Editorial